The era of the stern Canadian librarian peering at a patron’s record of late items and announcing the amount owed appears to be headed for the history books.

All of Nova Scotia’s libraries are going fine-free as they reopen from pandemic restrictions, while the public library in Vaughan, Ont., announced in late June it will stop imposing late fees.

The Edmonton and Calgary public library systems have also officially made the policy change.

Mary Chevreau, chair of the Canadian Urban Libraries Council, estimates there are also at least seven other Canadian public library systems where children and teen services are permanently fine-free, and many other libraries across the country have temporarily lifted fines during COVID-19.

“I think it’s fair to say (going fine-free) is under consideration by most public libraries in Canada,” Ms. Chevreau, who is also the chief executive of the Kitchener Public Library, said in an interview on Friday.

However, she noted the libraries ending late fees still charge for books and other items that are lost.

Librarians are citing social equity and trust in the public as key rationales for abandoning fines, along with research from American libraries suggesting an amnesty on accumulated penalties promotes a flood of returned books.

Denise Corey, chair of the council of regional libraries in Nova Scotia, said librarians had seen fines become a barrier to access for the poor and marginalized.

“The point of fines was to get things back, but it doesn’t,” Ms. Corey, the chief librarian of Cumberland Public Libraries, said from Amherst, N.S. “It makes people, especially those who are vulnerable, fearful of coming back into the library.”

Ms. Corey’s library had a policy of fining 25 cents daily for books or $1 daily for DVDs, until a limit of $10 was reached and borrowing privileges were suspended. In Halifax, borrowers lost their privileges at $20 in accumulated penalties.

She said in rural areas, where public transit is often spotty, the fines sometimes piled up because a patron simply didn’t have access to a car. Families with accumulated penalties were having to choose between regaining their borrowing privileges or purchasing some groceries, she added.

“It was really just a punishment against the vulnerable of our population,” Ms. Corey said.

The revenue lost from ending fines amounts to between one and two per cent of operating budgets in most Canadian library systems, Ms. Chevreau said.

Librarians promoting the change say this loss is acceptable in light of the thousands of patrons who regain access to borrowing.

Asa Kachan, chief librarian of Halifax Public Libraries, said in an e-mail that fine revenues fell from $321,891 in 2016 to $193,277 last year – less than one per cent of her organization’s operating budget.

Meanwhile, the existing fines were blocking 37,974 citizens from using the Halifax libraries.

“If we are a public resource for all, we shouldn’t be turning around and restricting people’s ability to access that resource,” said Ms. Kachan, whose library system announced the elimination of the late fees on Wednesday.

Ms. Chevreau says even if the losses from dropped fine revenues are small, some library boards are considering how the funds will be recovered before they follow the trend.

“Certainly, under public library acts … there are very few avenues for public libraries to charge for revenue sources,” she said.

“However, everyone who has gone fine-free has had nothing but positive responses and has seen increases in membership because of it.”

Mark Asberg, chief executive of the Calgary Public Library, says he is expecting that with the rise of electronic materials, revenues from book and DVD fines are coming to an end.

“We’re creating an organization that is resilient in the future because fines are disappearing no matter what,” he said.

He said the Calgary library collected about $900,000 in fines in 2019, but expects to gradually make up the lost revenue from savings in purchases for the library’s collection, as fewer DVDs and CDs are available.

Mr. Asberg says the COVID-19 experience is likely to hasten the fine-free trend in Canada, as patrons facing economic hardship will need access to libraries.

His libraries have been notifying 53,000 patrons who had their privileges suspended that they can now return to using the facilities.

Many libraries have also been forced by public-health regulations to end the fine collection process during the pandemic, and the temporary practice may evolve into permanent decisions for some, said Mr. Asberg.

“We realized there was just no way we could collect fines this year. This is one of those moments when there are lots of reasons to do this,” he said. 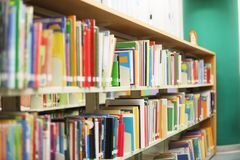 With a library card, here’s what you can access and stream from home, from Halifax to Toronto, Calgary to Vancouver
March 25, 2020 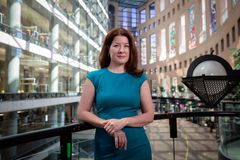