In early 2020, The Globe and Mail – in partnership with EQ3 – will debut Designing Canada, a portfolio of the best residential architecture, interiors and houseware products of the year. A group of design insiders – including DesignTO artistic director Deborah Wang, Halifax-based architect Omar Gandhi, IDS Vancouver director Jody Phillips, EQ3’s senior director of brand development Nils Vik and Globe architecture critic Alex Bozikovic – have been tapped to provide a short list of the projects that are catching their eye right now. Students have also been invited to pitch work for recognition as an emerging designer to watch.

Look for the full list in the Jan. 11, 2020, edition of Pursuits plus additional events around the Interior Design Show and DesignTO Festival.

Based in Toronto, Deborah Wang is a curator and designer with a background in art and architecture. She holds a Master of Fine Arts from OCAD University and a Master of Architecture from the University of Waterloo, where she earned the RAIC Student Medal. Through her diverse practice, Wang has curated and co-curated exhibitions for the Textile Museum of Canada, Harbourfront Centre, Gladstone Hotel, XPACE Cultural Centre, Art Gallery of Ontario and Katharine Mulherin Contemporary Art Projects. She has designed for award-winning architectural practices KPMB and superkul and co-founded FEAST Toronto, a series of community dinners and micro-funding events supporting local art initiatives. She has been interviewed by Monocle Radio and CBC Radio and profiled in The Globe and Mail and Azure magazine. Currently, Wang is artistic director of DesignTO, a non-profit arts organization that creates Canada’s largest design festival, and practices architecture with Anya Moryoussef Architect.

Omar Gandhi is the principal of Omar Gandhi Architect, a practice founded in 2010 with small teams in both Halifax and Toronto. The work of its two studios has garnered national and international attention. In its early years, the studio was awarded the Canada Council for the Arts Professional Prix de Rome and was included in Wallpaper* magazine’s Architects Directory. Gandhi was named as one of Monocle magazine’s most influential Canadians and chosen as one of the Architectural League of New York’s Emerging Voices of 2016. For the 2018/2019 academic year, he was appointed as the Louis I. Kahn visiting assistant professor in architectural design at the Yale School of Architecture. Omar Gandhi Architect was the recipient of a 2018 Governor-General’s Medal in Architecture for its work on Rabbit Snare Gorge and honored as the only Canadian practice in Architectural Record Magazine’s 2018 Design Vanguard.

Former product designer and long-time art, craft and design devourer, Jody Phillips has a diploma in studio art from Capilano College as well as a BFA from the University of British Columbia with a major in studio art. Phillips is as motivated by the business of design as she is by the huge amount of talent and inspiration born in, and flourishing along, the Pacific Northwest’s beautiful coast. Publishing her book, Currents: Contemporary Pacific Northwest Design, in late 2018 highlighted Phillips’s desire to create visual narratives, champion design in the region and connect international and regional happenings. Phillips has been the director of the Interior Design Show Vancouver since 2014.

Nils Vik is a graduate of the University of Manitoba Faculty of Architecture Environmental Design program and served as an adjunct design studio instructor at the school between 2014 and 2018. Following his studies, Vik joined Canadian home furnishings design and retail company EQ3 as a product designer, where he designed multiple collections such as the Burrows bedroom collection, Boom coffee table and Husk dinette table, which are still part of EQ3′s offerings today. Vik exhibited at the Interior Design Show in 2009 and 2011, when his collaborative work with Thom Fougere earned the Rado Design Award for Best New Prototype. Vik is now the senior director of brand development for EQ3. Vik sits on the board of Border Crossings magazine and is also an entrepreneur in Winnipeg where he owns Parlour Coffee and co-founded both Little Sister Coffee Maker and Dogwood Coffee Canada.

Alex Bozikovic is The Globe and Mail’s architecture critic, covering architecture and urbanism. He has won a National Magazine Award and has also written for Architectural Record, Azure, Dwell and Toronto Life. He is the co-author of Toronto Architecture: A City Guide and co-editor of House Divided. 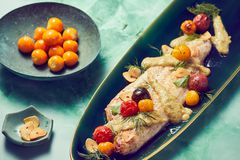