Pay Chen remembers the moment she soured on dating apps. She was standing in a grocery store checkout line when she saw a man open up a dating app and start frantically swiping through profiles.

Chen, a single woman in her 30s living in Toronto, was appalled. But she’s since seen this happen again and again, in other grocery store lines, at the gym and elsewhere. “I’ve thought, oh my God, I hope I don’t come up! It’s that mindless and easy.”

She’s just one of many dating app users who’ve grown dissatisfied with the mechanical exercise of swiping for love – an act that now feels as dispassionate as scrolling through Netflix. For these disillusioned daters, it feels as though the golden age of online dating has ended – even though the sector appears to be booming. The US$3-billion American dating industry has seen a 140-per-cent increase in revenue since 2009, according to IBISWorld. The market research firm counts approximately 55 million mobile dating app users in North America alone, and estimates that number will grow by 25 per cent next year.

Chen, for example, still uses dating apps, but does so begrudgingly. She and her girlfriends regularly send each other outrageous texts they receive from men and laugh about them. Others, such as Anna Heissler, a 26-year-old executive assistant also living in Toronto, describe the apps as a “necessary evil.” And others still are looking to slower forms of finding a mate online or throwing in the towel entirely, preferring instead to revert back to the old-fashioned ways of meeting someone: introductions from family and friends, chance meetings at a gym, or at singles events.

At events such as Lifts of Love, in Banff, Alta., for example, people are paired on ski chairs, do a few runs, après-ski together and hope there are sparks. “We’ve had amazing luck with this program,” says a spokeswoman for Mount Norquay which is hosting the event Saturday. “Last year two couples met and are still together. Most people here don’t really online date. They prefer to meet face-to-face.”

It’s that kind of interaction that Tracey Albrecht, 56, craves. For the past five years – since she got divorced – Albrecht’s experience with online dating has been the same: phony, superficial and disappointing.

“After wasting many, many hours I have decided that I can’t do this to myself any more. I’ve decided if I’m not going to meet someone organically then I’m better off by myself instead of always wondering ‘What is wrong with me?’” says the Toronto executive who has tried eHarmony, Tinder, Plenty of Fish and Bumble. “When in fact, there is nothing wrong with me. You cannot detect chemistry via an app. You can’t get to know someone via text message.”

This craving to interface – literally – instead of madly swiping to vet who might be a good match – or not – is referred to as IRL dating, or dating “in real life." It’s part of a nostalgia for the way people used to meet. Two strangers in a room. Their eyes meet. And the age-old dance begins.

Dating app haters says the impersonal and laissez-faire approach to connecting and communicating – combined with the ghosting, catfishing, fake profiles and no-shows – have made more and more people anxious and incredibly stressed about searching for love online.

A growing number of millennials are also part of this trend, with multiple studies showing most hate hookup culture and online dating – which have become synonymous. They want stability and a relationship built on trust and loyalty. Substance instead of swipes.

A study by Pew Research Center in 2015 found 70 per cent of online daters believe these services help people to find a better romantic match because it widens the playing field, but 40 per cent of millennials also think that dating now is harder than it was for previous generations.

According to Pew, millennials want lasting relationships. Sixty-one per cent of millennials who have never married say they would like to someday – a number that hasn’t changed since the 1970s. Similarly, eight in 10 millennials say that true romance is “very important.”

Toronto’s Everett Delorme says he gets fed up with online dating but stays on the apps out of necessity. “I go online because it’s a way for me to meet like-minded people,” says Delorme, a 27-year-old who owns a small digital media company. “But for me and all my friends, online dating is a love-hate thing.

“We can’t live with it sometimes, but we can’t live without it either. I’ve had my fair share of horror stories, but my female friends are the ones who get the real zingers. There are men who don’t know how to communicate with women whatsoever. There is a massive disconnect. [My male friends will] ask me why they can’t get any matches and more often than not, I tell them, ‘Maybe saying something crass in the first five messages isn’t such a good idea.'”

New York-based relationship expert Andrea Syrtash, disagrees with the hard distinction between dating apps and real life. “I often hear people say they want to meet people IRL, but the reality is we are living digital lives today and meeting through the internet is part of the real world," she says.

“Before digital dating, people had fewer opportunities to meet new people and hook up on dates,” says Syrtash, author of He’s Just Not Your Type (And That’s a Good Thing). “Today, more people meet through an online dating platform than off of one."

But she says, that doesn’t mean it’s the only way to meet someone. “Ultimately, I don’t think we should have an all-or-nothing approach when it comes to meeting new people. When we’re single and looking for a partner, we have to cast a wide net. If you feel dating fatigue from going on too many blind dates, I suggest taking a break and re-engaging in activities you enjoy."

Some online dating companies are responding to the pushback by creating and marketing “slow dating” apps. Once, The League, Coffee Meets Bagel are just some of the apps designed to dole out matches in a more selective manner, where users have a chance to actually consider the suitability of a date.

“I’d been on dating apps like Tinder and Bumble for four years and I didn’t have any luck,” says Jill Cimorelli, a social media influencer who lives in Los Angeles. “Eight months ago I tried Hinge, which limits the number of matches because it connects you with people you have mutual connections with [from Facebook and other social media platforms.]"

“This guy named Conor came up. My best friend grew up in the same neighbourhood as him in Toronto. He’s a lawyer who lives in Los Angeles and we’ve been together for the last eight months. Once I eliminated so many random choices it gave me time to think,” Cimorelli adds.

And in Colorado, some daters are doing things even slower – and taking things into their own hands. Shannon McDonald has spurned the apps she’s been on since her divorce and joined forces with a group of women to bring back the good old-fashioned dinner party, with a twist.

“We’re going to rent space in a restaurant in Denver and invite 10 women and 10 men. The 10 men will be a tall order," the mom of three chuckles, “the women will be easy.”

“We’re going to ask that interested parties have certain criteria – be fit, non-smokers et cetera. We’re going to have it catered and then we’re going to see if the magic happens,” McDonald says.

“My friends and I just want to slow things down. We’re sick of the swiping, of the flakiness and the fake profiles. We want to meet people face-to-face, share a meal, enjoy some wine and see if anything clicks.”

Syrtash says most people still have the idea or dream of locking eyes with a potential mate and having immediate chemistry. “However, it should be noted that meeting someone through a dating site or app doesn’t mean the connection you have when you meet in person won’t be organic or real," she says. “The things we are looking for in a potential mate remain the same, but the ways in which we meet people today are certainly different."

Too different for people such as Albrecht. “I keep hearing of friend’s of friends who have found their soulmates on these online sites. And I’m glad for them,” she says. “I’m not sure who my Prince Charming is, but he’s definitely not a man behind a profile on an app.”

A brief history of dating apps

Online dating has given rise to so many sites and apps, that it can be hard to keep up. Each one promises to find users that special someone, whatever the niche. Here’s a roundup of some of the ways you can look for love on the internet.

Shopping for furniture can be good for a relationship – really
Subscriber content
February 3, 2019 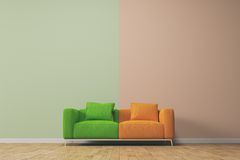 Match: He gave her his heart, she gave him her kidney – then they got married
January 22, 2019 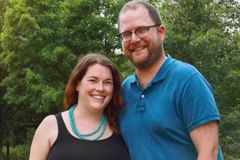 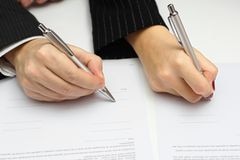