One of the last meals I can remember from the Before Times – when things were lustily normal – was the lunch that followed the February funeral of my beloved grandfather Wong Sit-Kwan. We had gotten one last Chinese New Year with him a few weeks before, which felt like a blessing then; only now do I have the hindsight to see his passing, at the age of 95 and just before COVID-19 ravaged our most vulnerable, as another kind of blessing.

It was suffused with the spirit of this man who helped raise me, full of the things he loved: the loud banter of old friends and dear family, and the savoury flavours and comforting rituals of his native Hong Kong. He was always in his element when he held court at dim sum, dressed sharply, sipping from his trademark pot of bitter bo lay tea or glass of cognac – they cut through the greasy beef balls, chicken feet and spring rolls he favoured – as he laughed with old confidants and befriended the wait staff. “When the stomach is right, everything is right,” the philosopher Lin Yutang said. That was true for my grandfather, on that day and all the others.

His love of food is one of my inheritances. Cooking became a passion of mine ever since my aunt gifted me a Dutch oven at 19. And even though I don’t make or even eat much Chinese food on a daily basis – generally preferring instead to cook comfort-food roasts, rich pastas and risottos, stews in their myriad forms from around the world – cooking for me has long been an act of reflection, both in the meditative and the mirroring senses of the word.

Not long after that lunch, however, came the pandemic and all of its turmoil. Suddenly, food felt precarious and uncertain. I didn’t know when the next time slot would open up for picking up groceries, something I used to do with nearly daily casualness.

In the midst of all this, my partner Danielle and I instituted a household edict: No Scraps. It was meant to serve as a cheeky catch-all slogan for close-quarter quarantine living – firstly, a reminder as a couple to keep our lines of communication open to defuse any potential fights, and secondly, as a vow to use up every bit of food we had so none of it went to waste.

No Scraps was helpful guidance, at least at first. We joined a food-share program that delivered a box of random produce every weekend; receiving four consecutive weeks’ worth of hardy, infinite-leaved cabbage as we did would have broken me, had it not been for No Scraps forcing me to try new recipes and to get better at pickling. Danielle and I began plotting out meals together for a week ahead of time, tracking the fullness and potential expiration dates of things in our fridge, pantry, and freezer. These acts felt like promises we were making to ourselves, offering a sense of control when control and kept promises felt awfully scarce.

Within a few weeks, however, No Scraps became an obsession for me. The social-media fad around regrowing used green onions, celery stalks, and romaine heads led my coffee table to become a lab of greens in various states. I turned fruit peels into needlessly labour-intensive chips or uselessly sticky cleaning solutions. I even occasionally chanted “No Scraps” around our home’s small square-footage while crossing my fingers together into a hashtag sign, as if making the mantra real – jokingly, of course, but also privately indulging something inside of me that felt like this was an act of consecration.

Still, my fortress of grief-forged denial couldn’t hold forever. A month into my mania – and after Danielle’s gentle suggestion that my No Scraps policy on food was threatening the other half of the mandate – I realized why using up every morsel had become my compulsion: It’s what my grandfather would have done.

For him, food was love because it was precious. He grew up during the Second World War and lived through the battle for Hong Kong, through its fall and eventual rise. He endured wartime rationing and saw people in their worst moments as an emergency rescuer in Hong Kong’s Civil Aid Service. He never lost that mentality, even after he left for a more plentiful life in this cold, strange country in his late 60s; he would sometimes stash leftovers away for weeks in his fridge. This was to the consternation of my mom and her siblings; they’d throw out the more borderline foods when he wasn’t looking. This is how it is with immigrants: you cannot just discard how your spirit is made.

And he shared that spirit with others. I remember watching him show me the right way to prep rice for cooking – the tap water becoming milky as it flowed into the bowl of grains, his hand sifting through the cloudy blooms and rinsing it until the water ran clear again. He taught me the best way to make Nissin instant noodles, the boy-blazoned brand that’s massively popular in Hong Kong; he would always sock away the supplied packet of sesame oil and use the good bottle of Kadoya in the cupboard instead, establishing in my mind the gentle, practical alchemy with which I still associate him – his gift for fixing ordinary things up into something extraordinary. When my grandmother was diagnosed with Alzheimer’s, he walked to her care home three times a day just to feed her, and I will always remember how he guided her hand so they could cut the cake together for their 60th wedding anniversary. And when we went out to eat as a family, he would always make sure we were full – a privilege for us, and one that he relished ensuring, because he knew what it was like when it wasn’t so sure.

Then there’s the profound act of culinary sharing I’ll always remember him by. During Hong Kong’s sweltering summers, my grandparents would take their young kids to the beachside village of Shek O. There, my grandfather befriended the poor mother of eight who operated a lunch stand he liked, nestled next to a temple to the goddess of the sky and a warren of fishers’ shacks. She shared her troubles – a nettlesome landlord, the complicated permit system – and so my grandfather stepped in, serving as her advocate, securing the land for her business and procuring clothes for her family. That restaurant serves its simple noodles and fresh fish to this day. When I ate there three years ago, I knew he’d helped make the meal.

Food was precious because life was precious. Indeed, in his final years, as he readied himself to meet the God to whom he was faithful all his life, his appetite shrank. It became my job to sit with him to cajole him into eating – a reversal of our tender custom, for which he’d effectively trained me.

That’s what food was, for him: a vehicle for acts of service and provision. That’s what filled the banquet hall with his spirit after the funeral: the family and fellow mourners piling food onto others’ plates, their I love yous stashed and folded inside Have you eaten enough?

So, no: I don’t usually cook Chinese food, not even according to the stretchiest bounds of the word “fusion.” But when I caramelize infinite-seeming cabbage for a Swedish kalpudding, or convert undesirable parsley into tabbouleh for chicken shawarma platters, or when I pull a slow-braised brisket from the freezer – to anchor a different kind of Passover for Danielle, as I did this past April with her family hundreds of kilometres away – I know there’s something elementally Chinese there. No matter what I cook, it’s always the best I can make with whatever precious ingredients we have, for both of us. As legendary Chinese-American restauranteur Cecilia Chiang told Eater in 2018, “When you cook Chinese, you cannot cook a little. Once you cook, you have to have somebody share with you.” My devotion to stacking my partner’s plate high is confirmation that I am my grandfather’s grandson.

I’m 30 years old, and I’ve spent my entire life loving or worrying about my grandfather; I don’t know a world without him, and because of this pandemic, I still don’t, not really. But in my grief for him, and for the world we no longer have, I’m comforted whenever I feel his spirit – a gem of joy, buried among the scraps.

Adrian Lee is an editor in The Globe and Mail’s Opinion section.

Has fathering changed? A Globe writer talks to his dad about what it means to be a father
June 12, 2018 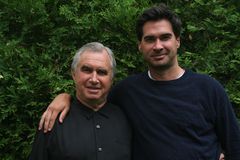 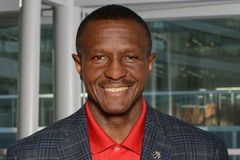