Living in a world without sound

“Do you know the best way to stop an argument instantly?” asks Brett Shaffer, a sign-language comedian, in one of his Facebook videos.

Then he turns out the lights.

It’s funny but the joke is on him. The combatants simply turn on their cellphone lights and continue signing in heated silence.

Shaffer, 35, of Milton, Ont., is a software developer by day and comedian by night — and he’s deaf.

“Almost all of my videos have no sound because it reflects a world without sound we live in and hopefully hearing people can experience from that,” he says in an e-mail interview.

Brett Shaffer is a sign-language comedian sharing comedy videos on Facebook. "I want to educate [people] about our Deaf culture using my sense of humor," he says.

The Canadian Association of the Deaf estimates there are 357,000 Canadians who are culturally deaf — which are people who identify with and participate in the language of deaf people — and more than three million hard of hearing.

Shaffer is among a thriving deaf arts scene in Canada that includes sign-language musicians, dancers, playwrights and other performers.

Being deaf is not a disappointment, says Shaffer, who was born deaf and whose parents didn’t realize it until he was two. Deaf culture has developed its own unique way of enjoying everything up to and including music.

Hearing people seem to think the non-hearing can’t do things because they are deaf, he says.

“We can do just about everything except hear,” Shaffer says.

Exposing the hearing to deaf culture is one of the drivers of his Facebook show, The Flipside.

Shaffer's work often includes family and friends, like the clips used in this video, featuring his wife and child.

Living in a world without sound doesn’t keep Shaffer from enjoying the whole spectrum of experiences. His favourite music is hip-hop, because of the beat.

“I rely on both hearing and feeling,” he says. Headphones allow him to better feel the beat. Lyrics are widely available, both written and in sign language. There are even beat visualizers that turn music into a sensory experience of light, shapes and vibration for the deaf.

A few years ago, researchers at Ryerson University’s Science of Music, Auditory Research and Technology (SMART) lab and its Centre for Learning Technology designed a chair to allow deaf people to better feel music.

While deeper sounds are readily experienced in the body core, the Ryerson Emoti-chair allows users to experience a range of frequencies by delivering vibrations throughout the body from the upper back to the legs.

All sound comes from a source of vibration, explains Frank Russo, a cognitive neuroscientist and professor of psychology at Ryerson who helped lead the project.

The problem, Dr. Russo says, is that vibrations of the low frequencies mask the higher frequencies on the body.

Their patented technology filters the sound source, creating different “bins” of energy, for example 20-50 hertz, 50-100 hertz, etc. The energy from each bin is applied to a different part of the body.

Dr. Russo and his colleagues partnered with musicians and dancers across the country in a series of more than 50 concerts in the past few years. From that experience, they realized that deaf concertgoers seemed to perceive not just the amplitude and frequency of music, but the timbre.

“They could feel the difference between a piano melody and a trombone melody,” Dr. Russo says. “That was a bit of a surprise for us and that sent us back to the lab.”

No previous studies found that deaf people could have access to the spectrum of sound to such a degree. What they found in the lab was ever more intriguing.

“When people who hear listen to music, neurons in their brain entrain to the beat of the music,” Dr. Russo says. Areas of the brain begin firing at the rate of the music.

Using EEG tests, the Ryerson team found that the same happens in the brains of non-hearing people.

“We don’t know how this works, to be honest,” he says, but “that’s something we’re excited about.”

It shows music is far more than an auditory experience.

“Sound and audition seem to be a really great way to allow us to experience what we call music, but I don’t think music is confined by sound,” Dr. Russo says.

Certainly, it is not for Adam Pottle.

The deaf playwright’s pioneering work, The Black Drum, debuted earlier this year, a co-production of the Deaf Culture Centre and Soulpepper Theatre.

Pottle, a novelist, poet and playwright, believes the story chooses the medium – and in this case, it chose a musical. 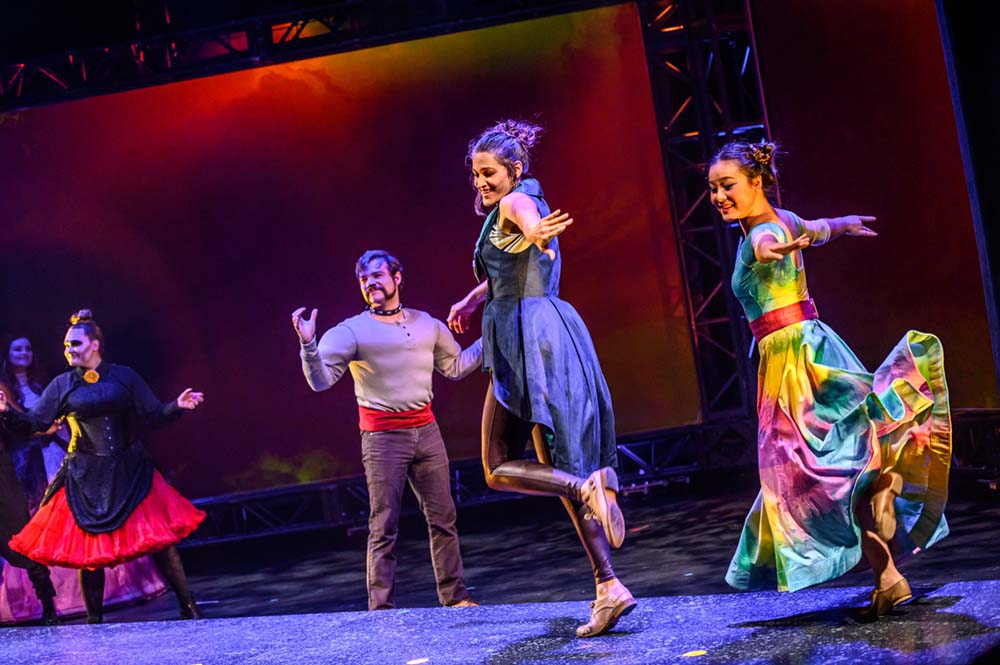 “People think that deaf people cannot experience music,” Pottle, 35, says in an e-mail interview. “But music is not just auditory; it can be visual, it can be kinetic. It can be something you see or feel.”

The Black Drum is a full sensory experience, unfolding in dance, signed music and dialogue, motion-capture projections and a large drum. Like all of Pottle’s creative work, it centres on deaf and disabled characters.

“I hope they (the audience) see how beautiful being Deaf is and how that perspective, that language allows for so much creation, so much beauty,” Pottle says.

The concept of sign language music is so new that the cast and crew had to come up with a new sign for “Signed Music.”

For Pottle being deaf has been a gift that’s paved a path to his imagination.

“The body contains its own music, and we have not yet fully discovered that music.”