People have long visited Dubai for its reputation as a decadent theme park that offers a glimpse of the future. Soon, a bold new project will make the emirate’s forward-looking status official. At the Museum of the Future, which is scheduled to open next year, visitors will be immersed in the city’s obsession with innovation. According to the Ruler of Dubai (and United Arab Emirates Prime Minister), Sheik Mohammed bin Rashid Al Maktoum, “the future belongs to those who can imagine it, design it and execute it. While others try to predict the future, we create it.”

The museum builds on five years of temporary exhibitions that were held at the World Government Summit, an annual gathering that looks at the intersection between government and private-sector innovation that culminated in the formation of the Dubai Future Foundation. The museum will give the foundation a permanent home while operating as an incubator for ideas and innovation and a global destination for inventors and entrepreneurs.

The museum building is bold, even by Dubai’s standards. The stainless-steel torus was conceived by Dubai-based architecture firm Killa Design to represent what we know surrounding a void for all that remains to be conceived. From its concept to its execution, the structure is emblematic of the city’s more-is-more ethos. “They always think bigger, better, most,” says Rania Al-Naimi, a co-founder of the Canadian International Fashion Film Festival who lives in Calgary but visits Dubai often. “Anything you want, Dubai has,” she says. “You’ll be fascinated by the city’s ambition to be on the top lists of the world’s technology, infrastructure, business, art and tourism.”

Raising the bar is something of a sport here. Take Emirates, for example. The Dubai-based airline is renowned for constantly elevating the in-flight experience, which, over the years, has involved introducing the first fax machine on an airplane in 1994 and offering in-flight mobile-phone service in 2008. Today’s first-class services and amenities include an expert-designed wine program (Emirates president Sir Tim Clark, a wine aficionado, participates in the selection process), an on-board shower spa and private suites equipped with leather seating inspired by the interior of a Mercedes sedan. At the moment, Emirates is busy retrofitting more of its aircraft with live television capabilities. “We aired every match live during the World Cup last year, which was very well-received,” says Thomas Ney, Emirates’s divisional senior vice-president of service delivery.

Back on the ground, new developments are constantly adding to Dubai’s already tall list of must-see architectural feats. There’s the new Dubai Creek Tower, which is set to stand higher than the Burj Khalifa’s 163 floors by a notch, while the Ain Dubai will be the largest Ferris wheel in the world when it opens later this year. The upcoming 8-million-square-foot Dubai Square is set to offer twice the retail space of the Dubai Mall, currently the city’s largest shopping centre.

The new Royal Atlantis Resort & Residences, an unusual Jenga-like structure with nearly 800 hotel rooms and suites and 90 swimming pools (including the infinity Sky Pool that floats some 96 metres in the air), is the latest star on Dubai’s skyline. Maria Morris, a partner at Knight Frank, the real-estate agency behind the property’s residential component, bills the Royal Atlantis as the first super-prime development in the city. “Our clientele already expects a certain level of luxury – that’s a given,” Morris says.

To exceed those expectations, the hotel and residence is focused as much on experience and amenities as it is on jaw-dropping design. The Royal Atlantis brings together new versions of some of the city’s notable attractions under one roof, including aquariums (the lobby bar area will house the world’s largest jellyfish tank), celebrity chef-helmed restaurants (names to drop include Heston Blumenthal, José Andrés, Ariana Bundy and Hakkasan) and an outdoor water feature created by WET, the same firm behind the Dubai Fountain and the aquatic show at the Bellagio Hotel in Las Vegas. “It’s really about evolving that expected level of luxury and taking it to the next level,” says Morris. In Dubai, the future is now.

The writer was a guest of Emirates Airlines. It did not review or approve this article. 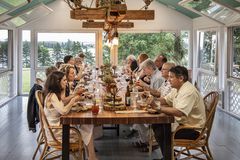 History to hops: The best craft breweries in Williamsburg, Va.
Subscriber content
May 8, 2019 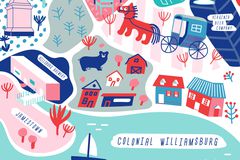 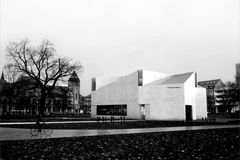