The Trudeau government proposed new regulations Friday that would lift a ban on men who have sex with other men from donating their sperm anonymously to Canadians struggling with infertility.

The proposed changes, up for review through public consultations, could also see surrogate mothers reimbursed for more of the expenses they face in trying to help people build their families, including loss of income.

Those new regulations under the Assisted Human Reproduction Act, if enacted, will help protect the health and safety of women and children, says Health Minister Ginette Petitpas Taylor.

“They will also offer couples dealing with infertility, single people, same-sex couples and other members of the LGBTQ2 community flexibility in building their families,” the minister said in a statement.

For Canadians donating eggs, or ova, and sperm, the government wants to create a new direct-donation process.

All donors would be screened, tested and physically examined to see if they are suitable to donate.

Those providing direct donations, however, would not automatically be considered unsuitable if screening would have excluded them from donating under the regular process.

But in those cases, medical professionals would have to show in writing that they informed recipients of the risks of accepting donations and that recipients provided “informed consent.”

The government is also proposing lifting a lifetime ban on anonymous sperm donations from men who have sex with other men, allowing them to donate after six months.

The Assisted Human Reproduction Act came into force in 2004 but some parts have since been deemed unconstitutional.

Critics have complained the law creates costs and inconvenience for intended parents who need help in birthing children, while failing to manage risks.

Lawyer Karen Busby, a professor and academic director at the University of Manitoba’s Centre for Human Rights Research, welcomed the regulatory proposals.

But it has taken far too long to produce the regulations, said Ms. Busby, who has written extensively about human reproduction law.

“It’s already been 14 years (without surrogacy regulations) and the last consultations were two years ago and we’re hearing from them now,” said Ms. Busby.

“By anyone’s measure that’s got to be too long.”

It is currently illegal to pay for sperm or eggs donated in Canada, but would-be Canadian parents can buy them from fertility clinics in the United States where compensation is legal.

As well, surrogate parents in Canada aren’t allowed to charge for their services, but can be reimbursed for limited medical or other expenses.

Those expenses aren’t currently defined under regulation but have been allowed through Health Canada turning a blind eye to them being paid, Ms. Busby noted.

The government is now proposing to establish “broad categories of expenditures that could be reimbursed,” Health Canada said in a statement.

The proposal would see sperm or ova donors, surrogates, or someone maintaining and transporting in-vitro embryos paid for expenses they incur, such as for travel, or legal or counselling services.

The Liberals are also proposing reimbursing surrogate mothers who incur “a loss of work-related income due to her pregnancy.”

Such reimbursements could range from paying for a half day’s income lost as a result of a doctor’s appointment to topping up Employment Insurance maternity benefits, said Health Canada officials who briefed reporters on the proposals Friday.

While the list of reimbursable expenses is comprehensive, the red tape involved in actually being reimbursed appears burdensome, said Ms. Busby.

“Before payment, the surrogate must present to the payors, who are usually the intended parents, documentation, including a recommendation from a doctor that the expense be paid,” she noted.

“The payor must retain the documents for six years. The government can require that this documentation be submitted to them for review. These requirements are quite onerous.”

Liberal MP Anthony Housefather introduced a private member’s bill in the spring that would make it legal for egg and sperm donors to be paid.

The legislation, Bill C-404, has yet to pass first reading in the House of Commons.

Officials said there has only been one case in Canada where a woman running an agency was charged under the Act and fined for offering surrogate pregnancy services for money.

Consultations on the proposed new regulations are to close Jan. 10, 2019. 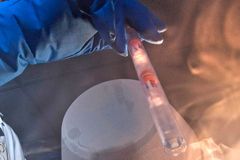 Globe editorial: Ottawa should rethink the rules on parental surrogacy
May 25, 2018 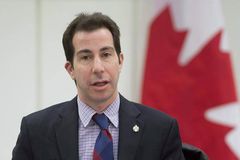