One Inuit cancer patient in Toronto wanted to return home to Nunavut to die. Another cancer patient wanted to smudge – a traditional cleansing ritual that involves burning sacred medicines such as sweet grass, sage, tobacco or cedar – while in hospital. And yet another was uncomfortable having male health professionals examine her and preferred to be seen by a female.

In all of these cases, Leonard Benoit, an Aboriginal patient navigator with the Toronto Central Regional Cancer Program, was their advocate.

Mr. Benoit’s job – which the seasoned nurse began more than six months ago – was created to help address disproportionately high rates of cancer among Indigenous patients. According to an April report by Cancer Care Ontario, the most recent available information showed that between 1991 and 2010, the incidence rates for lung, colorectal, kidney and cervical cancer were all higher among the First Nations population, compared with the rest of the population of Ontario. It also noted the First Nations population had poorer cancer survival rates.

Part of the reason for this is because Indigenous patients may be living in areas where they don't have access to diagnostics or treatment, or because they lack the financial resources to get to where they can receive care, Mr. Benoit says. Those living in remote areas may not be able to travel to attend medical appointments, or may not be able to leave their families behind. For some patients, there are language barriers or inter-generational trauma and post-traumatic stress disorder arising from their residential school experiences, he says.

Moreover, cancer itself can be difficult to understand. “In a lot of Indigenous languages, cancer does not translate. There’s no word for cancer,” Mr. Benoit says.

For others, he adds, there may be concerns about whether they can seek medical care in environments that are culturally safe: “Is it a place they are met with stigma and discrimination?”

The role of Aboriginal health navigators such as Mr. Benoit is to help patients get through these hurdles. Mr. Benoit, who is Qalipu Mi’kmaq, originally from Burgeo, N.L., is one of 10 navigators across the province funded by Cancer Care Ontario, though similar Indigenous patient navigator programs exist across the country.

Indigenous patients in the Toronto area are either referred to Mr. Benoit by their health care teams, or seek his help through self-referrals, and Mr. Benoit meets them at any of seven major hospitals in the city. (His office is based at St. Michael’s Hospital.) Depending on what their needs and wishes are, he accompanies them to their appointments, he helps them seek clarification from their doctors when they don’t understand, he connects them with elders who can provide spiritual guidance and he helps them access various programs and services.

At times, Mr. Benoit says, he intervenes when patients don’t receive the care they deserve. For example, he has had to remind health care workers that Indigenous patients have a right to practice their spiritual beliefs within the walls of hospitals when patients have been denied their requests to smudge. (The ritual, which is believed to get rid of negative energy, is important when one is having a rough day, and is especially important at the end of life, he explains. It involves bringing smoke to people’s eyes, mouths, ears and hearts, so that they may see, speak, hear and feel good things, he says.)

In other instances, when patients have been kept waiting for an unreasonably long time, he says, “I’ve actually had to go and say to the [health care] team, ‘Okay, why is this patient still here when they should already have been seen by now?’ ”

In addition, Dr. Janet Smylie, a family physician and public health researcher at St. Michael’s Hospital and professor in the school of public health at the University of Toronto, points out that while lung cancer rates are declining in general, the disease is increasing among Canada’s Inuit population, which has among the highest rates of lung cancer in the world.

Ms. Smylie, who is Métis and holds the Canadian Institutes for Health Research applied public health chair in Indigenous health knowledge, says these health discrepancies are rooted in social exclusion and differential access to health and social resources.

“Attitudinal and structural racism are big drivers that are as important, if not more important, than poverty in terms of driving these health status inequities,” she says, adding: “If we look at health services, health promotion programs, smoking cessation programs, they’re primarily based on the needs of non-Indigenous people.”

Because they aren’t developed for or with the input of Indigenous people, they’re unlikely to be relevant to them, Ms. Smylie explains. To inspire positive health changes, programs and services “have to resonate with the way I live my life and the way I think,” she says. “So if I see it as something that’s created by outsiders, why would I follow that?”

Mr. Benoit says the patients he encounters through his work are among a disproportionately large number of First Nations, Inuit and Métis patients with cancer who are diagnosed at later stages of illness. Often, these cancers might have been treated if caught earlier, but the patients require palliative care by the time they’re diagnosed.

For Toronto resident J’net Ayayqwayaksheelth, having the support of an Aboriginal health navigator helped her feel less alone after she was diagnosed with breast cancer in 2016. The navigator attended appointments with her, and took notes so the two of them could chat afterward and go over anything Ayayqwayaksheelth did not understand. She helped pick up Ayayqwayaksheelth’s medications, and armed her with lists of questions for her doctors.

"Without that support, I might not have known what questions to ask. I might have felt that I was at the whim of medical professionals’ final decision,” says Ms. Ayayqwayaksheelth, who completed her cancer treatment last June.

Ms. Ayayqwayaksheelth adds the navigator made her feel at ease and understood her cultural outlook, laughing with her when others may have felt her sense of humour was inappropriate, and taking the time to eat lunch with her.

“I could be myself and not feel so full of stress,” she says. “We could be lighthearted with each other. It took the bang out of the sterile environment and what was really going on around me.” 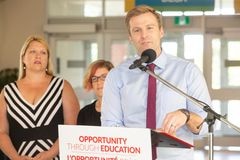 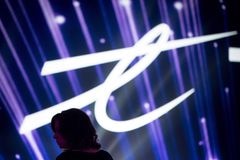 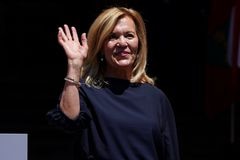