The frenzy began near the end of March. In the midst of a pandemic, Canadians forced to isolate suddenly expressed an insatiable desire to dig in the dirt.

Companies that supply vegetable seeds could not keep up with the unprecedented demand for beans and carrots, corn and lettuce, peas and tomatoes.

“There was a deluge,” says John Barrett, the director of marketing and sales for Veseys, the Prince Edward Island seed house founded in 1939.

But not this year. A few weeks later, as the coronavirus crisis deepened, Veseys’ business soared by 450 per cent.

“When you consider that it happened at the time of year when [our business] would already be at its peak, that is mind-boggling,” Mr. Barrett says.

Quickly, Veseys added a second shift of workers at its warehouse near Charlottetown.

Despite that, the company had to temporarily shut down its website on April 17. It had 34,000 orders in waiting, and had reached the point where it was unable to handle any more.

“We were receiving four times the number of orders we were able to ship out the door,” Mr. Barrett says. “When that happens, it doesn’t take long for a backup to occur.

The majority of orders Veseys receives typically comes from people 55 years and older. In a startling departure, over the last 10 weeks most patrons have been millennials between 25 and 34. In one seven-day stretch, 39 per cent of its business came from first-time customers.

“Obviously, there are going to be a lot of new vegetable gardens this year,” Mr. Barrett says. “People realize they are not able to go anywhere this summer and have decided to spend more time and energy on their yard.

“We hope they are successful, and it turns on a bunch of people who have never been interested in gardening before.”

All across the country, firms that fill seed packets have been similarly swamped. In an unexpected development related to the novel coronavirus, garden-variety growers have become obsessed with obtaining seeds.

Panic set in at West Coast Seeds on March 11 when the NBA suspended play due to the threat posed by the contagious respiratory illness. A management meeting was convened the next day to discuss the possibility that the business would have to close down.

“One of the things we talked about was how we could survive without any sales,” says Aaron Saks, the director of finance for the company founded just outside of Vancouver in 1983.

Instead, orders began to flow in incrementally, and then took off.

“At the time, there was no way to predict the bulk seed sales we have today,” Mr. Saks says.

West Coast Seeds never laid off or furloughed employees due to COVID-19, although at the beginning of the pandemic it had fewer than normal working in its warehouse. Pretty shortly, it found it necessary to add a whole other shift of 50 new workers to help fill orders, and also put up a wedding tent to expand its space.

There was so much demand for West Coast’s untreated and organic seeds that is also had to limit orders by shutting off its website and then re-opening it for only an hour a day.

“We had to completely revamp our marketing plan,” Mr. Saks says. “Typically, we use it to grow sales. Instead, we had to be as transparent as possible and tell people we had long delays. The last thing we wanted was to have somebody order seeds from us and be disappointed.

“We fell a month behind.”

Sales of vegetable seeds have far outnumbered those for flowers and herbs, and countless queries have been fielded from new customers interested in fast-growing greens that can be raised indoors and on patios. Pollinator-friendly products are also proving to be extremely popular.

“People have nothing to do at home, and some have become worried about food security,” Mr. Saks says.

West Coast Seeds usually records only nominal sales through grocery stores, but now its packets are flying off the shelves. Its business dips significantly in summer and fall, but now it expects an increase.

“This is a really unique situation,” Mr. Saks says. “I am intrigued to see what will happen.”

Sales are up more than 100 per cent at McKenzie Seeds, the oldest active seeds company in Canada. Established in Brandon, Man., in 1896, McKenzie never shut down its website but posted notices alerting customers to substantial delays.

“Basically, we went from it being a normal year to one where we didn’t know if we would be closed or open, and then to having a sudden rush of orders,” Darrell Wakewich, the company’s vice-president of sales, says. The frenzy continues.

“We have retailers asking us for a replenishment and then two days later that is gone,” Wakewich says. “[The pandemic] has brought in a whole generation of new gardeners and brought others back that hadn’t had a garden in years.”

Garden centres have only returned to business recently with increased safety measures in place.

The Enjoy Garden Centre in St. Albert, Alta., has placed a limit on the number of customers allowed in the store at any time, engineered aisles so they can only go one way, put up numerous hand sanitizing stations, equipped employees with face shields or masks, and installed plexiglass to separate visitors from cashiers.

The greenhouse was caught by surprise by the overwhelming demand, and is only now begun to catch up.

On Mother’s Day weekend, excited gardeners waited outside in a line 150 metres long.

“People are being a little bit more conscientious about growing their own food,” says Sheri Graff, the garden centre’s manager. “In a time like this, they are trying to create a little green space, or their own sanctuary space.”

It is now well past the May-long weekend, and Veseys is still handling four to five times the usual number of orders at its 30,000-square foot facility in the Charlottetown airport’s industrial park.

“Most of the orders we are receiving are easily shipped out within a day or two,” Mr. Barrett says. “Our output is finally exceeding what is coming in the door.”

Veseys feared the bottom would fall out of its spring bulb business because fewer people would show interest in growing flowers. Instead, requests for its catalogue went up 45 per cent.

“We typically mail out about 1.2 million catalogues spread over four titles, but have had to reprint in all categories,” Mr. Barrett says. “Requests have gone through the roof.”

Mr. Barrett says Veseys normally budgets for a four to six per cent increase in year-over-year sales. What COVID-19 causes, is anybody’s guess.

“This makes budgeting a real challenge,” he says. 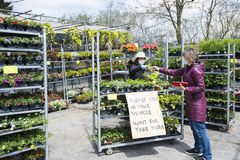 Why it’s more important than ever to support community gardens
April 29, 2020 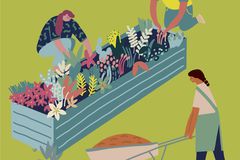 Spring gardening guide: How to get your garden ready to grow
Subscriber content
May 14, 2020 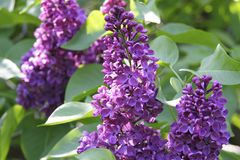