Anne Frank was a little girl when her family fled Frankfurt for Amsterdam after Hitler seized power in 1933. She was 9 on Kristallnacht, the night of broken glass, where Nazis, fuelled by enraged hatred, destroyed Jewish synagogues and businesses and burned piles of books in the street. It was a horrifying harbinger of the devastation to come.

Despite their attempts, Anne’s family was unable to flee Europe because few countries were willing to accept Jewish refugees. So, when Anne was 13, her family went into hiding in the annex of the factory where her father worked. They lived there in constant fear for 761 days until the Gestapo and Dutch police burst in, arresting the Franks and two other families sharing the tiny space. Anne was shipped to Auschwitz and then to the Bergen-Belsen concentration camp where, because of murderous Nazi policies that denied basic nutrition and health care, she died of typhus and starvation at 15, alone and terrified.

It is true that Anne was among the most important, influential and widely read authors of the 20th century. It is also true that she was not a teenage heroine of adolescent pulp fiction. She was a child witness to the Holocaust, killed in the name of extreme nationalism fuelled by obscene Jew hatred, stoked by silent complicity.

This short description of Anne’s brief and tragic life is necessary to understand the visceral anger and anguish that erupted in response to an essay published online by The Globe and Mail a few days ago.

I am the granddaughter of a survivor, which makes me a third-generation survivor of genocide. When I was in school, I read Number the Stars by Lois Lowry, Night by Elie Wiesel and, yes, The Diary of Anne Frank. Those books opened my eyes, shifted my perspective, and made me acutely aware of my Jewishness in a largely non-Jewish world.

Like most children, I played hide and seek. My childhood twin bed had a hollow headboard. When I pulled it away from the wall, I could squeeze into the narrow crevice. There was no way a Nazi would find me here, I thought.

Many Jews will tell you that, to this day, they categorize friends and neighbours into two groups: those they believe would hide them in the face of another attempt at destroying the Jewish people, and those they believe would not. There are members of my community who carry their passports with them ready to flee at a moment’s notice. That is transgenerational fear born of violent trauma.

Dishonouring Anne and the six million Jews and countless others – Roma, Sinti, queer, intellectually disabled, political prisoners – lost in the Holocaust is wrong. Perpetuating false equivalencies about the Holocaust is offensive and harmful. These comparisons trivialize the genocide, dishonour the memory of millions murdered and utterly fail the survivors who bravely share their stories with the hope of sparing others this awful fate. Ignorance of this history contributes to the banalization of the Holocaust and of all genocides to the detriment of us all.

When we talk about the Holocaust, we must be accurate. We risk everything by minimizing this horrific catastrophe of our collective history. The hate that animated the attempted extermination of the Jewish people still bubbles at differing degrees of intensity around the world today.

The Diary of Anne Frank must not be romanticized or trivialized. Her writing must not be flippantly taken out of context. Her words are not soundbites for Twitter. Casual, misinformed, ignorant analogies to the Holocaust are dangerous. When talking about genocide, we must eschew euphemisms such as “passing away,” which give a false representation of the truth. Innocent children like Anne were gassed, exterminated, shot, starved, beaten and worked to death. Lazy and inaccurate analogies contribute to perpetuating a twisted form of Holocaust denial and erasure, and we must reject them.

When reflecting on Anne’s tragedy, we might consider how her father, Otto, felt when he, the only surviving member of the Frank family, returned to the annex following the war and discovered the hope and despair that was his daughter’s adolescent diary.

It is devastating to know that Anne’s story will forever remain unfinished. The life of a young, Jewish girl was violently stolen. Doing justice to her memory means disavowing all attempts to diminish her life and story with tone-deaf comparisons.

Normalizing the Holocaust with banal comparisons is unacceptable and harmful. It puts us at risk of forgetting the precious wisdom left to us by a girl who was violently torn from us. And, if you think that what happened to Anne is just a Jewish story, look carefully at history again, for the sake of “never again.”

Please remember, Anne is not your heroine. She is our anguish. She is my heartbreak.

Jess Burke is a third-generation survivor of the Holocaust and the associate director, community training and campus advocacy, at the Centre for Israel and Jewish Affairs. 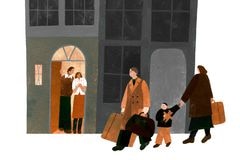 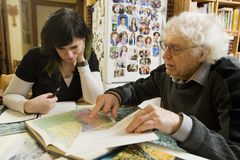 New edition of Anne Frank diary ‘brings the reader closer’ to her
Subscriber content
May 10, 2019 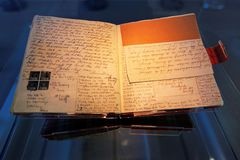