And it’s easy to see why, considering everyone, doctors included, are constantly inundated with health information in the form of news media, studies and advertising.

“So much of it is not necessarily … wrong or false or fake, but it’s exaggerated and twisted a little bit,” she says.

So Shapiro decided to set the record straight with her new book Hype: A Doctor’s Guide to Medical Myths, Exaggerated Claims, and Bad Advice – How to Tell What’s Real and What’s Not.

The book, co-authored by writer Kristin Loberg, delves into everything from the importance – as well as the (minute) risks – of vaccines, to the meanings of food labels (”farm fresh” means nothing) and the effects of anti-aging skin care products (they’re temporary and illusory at best).

Shapiro, the director of pediatric otolaryngology and professor of head and neck surgery at the University of California, Los Angeles, uses a balanced and often humourous approach, skewering unscrupulous scientific journals and overblown studies as readily as she dismantles the idea of detox diets and the myth that drinking water gives you firm, radiant skin.

Here, Shapiro gives The Globe and Mail a reality check on some common, hyped-up health claims:

The claim: “I swear my child has stopped getting ear infections since we cut out dairy.”

The reality check: Dairy has become widely vilified lately, Shapiro says. Sometimes, saliva or mucus can become a little thicker soon after consuming dairy. In infants who have a bottle of milk while lying down in bed, that thick milk may sit behind the throat toward the back of the nose, which can lead to poor ear drainage, nasal congestion and ear infections. But, Shapiro says, “That’s really the only dairy and ear-infection connection.”

“It’s what we would call ‘true, true, and unrelated,’” she says.

The claim: “Ever since I started homeopathic treatments, I feel so much better.”

The reality check: There are plenty of unconventional remedies and supplements that lack scientific evidence. Yet the placebo effect, where one is given a sham treatment or sugar pill, can elicit real positive changes.

“The placebo effect is not something that just means it’s nothing. It really does feel make you better,” Shapiro says.

In addition, people tend to incorporate the treatment or remedy into other lifestyle changes that can improve their well-being. For instance, if you’re taking a homeopathic remedy, you may also be making an effort to eat better, sleep more, manage your stress and exercise.

Shapiro emphasizes there’s a need to put the “complementary” back into complementary alternative medicine. In other words, they’re best thought of as additional options, not substitutes for proven treatment. She says her intention is not to demean unconventional remedies, “but I think people need to understand its place.”

The claim: “I looked up my symptoms online, and all the signs point to migraine headaches.”

The trouble is many symptoms fit into many different illnesses, and the concern is people may either diagnose themselves with deadly illnesses when they really only have a minor ailment, or underestimate the seriousness of their condition, she says.

Looking up your symptoms online can helpful in guiding your next steps, such as whether you should go to the hospital emergency department or make an appointment to see your doctor next week, Shapiro says. But don’t use your search results to make a diagnosis or treatment plan on your own.

The claim: “I’m getting loads of healthy fruits and vegetables through my juice cleanse.”

The reality check: When you put them through a juicer, whole fruits and vegetables are reduced to mere ounces of liquid. The problem with this is you then strip them of their major benefit: fibre, Shapiro says.

In her book, she admits to enjoying a bottled juice after a long day in the operating room. Each serving contains 1 1/4 mangoes, 1 3/4 apples, half an orange, a third of a banana and a squirt of lemon. It would be impossible to eat all that fruit in the time it takes to drink the juice, she says, but at least if she ate them, she’d feel full, thanks to the satiety effects of fibre. Instead, what she gets is 290 calories of carbohydrates and sugar, no fibre and “enough vitamin A to support a small village” – more than her body can absorb.

“This notion of concentrated high-dose vitamins [from juice] is completely unnecessary. You just excrete it out,” she says.

Are calcium supplements helping or harming your health?
March 30, 2018 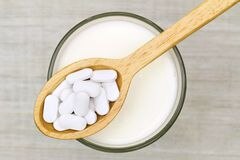 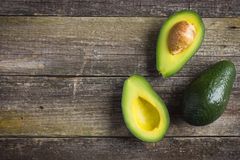 Five simple steps to better health
June 12, 2017
Follow Wency Leung on Twitter @wencyleung
Report an error Editorial code of conduct
Due to technical reasons, we have temporarily removed commenting from our articles. We hope to have this fixed soon. Thank you for your patience. If you are looking to give feedback on our new site, please send it along to feedback@globeandmail.com. If you want to write a letter to the editor, please forward to letters@globeandmail.com.
Comments