After guiding me safely along 300 kilometres of snowy British Columbia highway, Google Maps seems to be leading me astray.

This can’t be Red Mountain Resort I see before me as I pull into the fog-shrouded parking lot. The squat Day Lodge is exactly like the one I visited six years ago and the base area’s two chairlifts are similarly familiar. Right next door, however, a striking five-storey structure – the new Josie Hotel – prompts an immediate double take.

This isn’t Whistler or Mont Tremblant or Aspen, after all. This is Red Mountain, a literal and figurative outlier that has no high-speed lifts, is 2½ hours by car or shuttle bus from the nearest reliable airport in Spokane, Wash., and isn’t included on any multiresort ski pass. Its four Monashee peaks, including the snowcat-serviced Mount Kirkup, are littered with ramshackle huts belonging to local ski clubs. The Day Lodge, home of the infamous Rafters tavern, was once a compressor building for local gold-mining operations that included the new hotel’s namesake, the Josie Mine. As one of North America’s largest independently owned mountain resorts, Red gets about 150,000 skier visits per season. Whistler Blackcomb, which is less than double Red’s size, gets more than 15 times that amount.

What, then, is a $40-million boutique hotel doing here? The question becomes more intriguing still as I pull into the concrete-pillared porte cochère, hand my rental-car keys to the waiting valet and step into the window-lined lobby of what’s said to be the first ski-in, ski-out hotel to open in Canada in more than a decade.

Modern ski-resort lodgings tend to fall back on rusticity – the wall-mounted faux antlers and stacked-slate fireplaces become tiresome after a while – but there’s little of this at the Josie. The lobby’s whimsically bushy chandeliers, leather sofas and parquet floor would look right at home on Toronto’s Queen Street West. Then I notice the two red chairlift seats facing the front desk, and my appreciation for the snowstorm outside is renewed.

The urban-beats-rustic theme continues in the 106 guest rooms and suites, which start at $179 a night and range from two-queen-bed and single-king configurations to studios and one-bedroom suites. My luggage waits for me in one of the latter, which features expansive dining and lounge areas – both with stylish furnishings and plushly upholstered seating for at least six guests – along with a slope-facing balcony with heated floor. The marble-clad bathroom is home to sunken double sinks, a glorious porcelain pedestal bathtub and a glass shower stall that could also accommodate six guests if need be.

Some serious refreshment is required after the 3½-hour drive from Kelowna International Airport – the closest reliable Canadian gateway – and that’s where the Velvet Restaurant and Lounge comes in. The slickly illuminated open-concept space encompasses a dining room, lounge and rectangular bar, all of which are separated from a roomy outdoor patio by floor-to-ceiling glass doors. The cocktail and dining menus are similarly on-trend, with George Dickel Rye Whisky poured from bartop-mounted mini-barrels, and maple- and sake-marinated baked sablefish ($36) swimming in bacon dashi broth with bok choy, soba noodles and daikon slices.

If breezing from my suite to dinner is a pleasure, breezing from a room-service breakfast to a full day on Red’s powder-laden slopes is a joy. The Josie’s outstanding ski valets have all my rental equipment ready and waiting at the hotel’s slopeside entrance the following morning, and again the next day at Big Red Cats’s nearby headquarters. Here I join two guides and 10 other guests on a journey across the tour operator’s 19,300-acre, eight-peak backcountry tenure that takes joy to out-of-body extremes.

Eight sublime descents later, I’m wishing the Josie would hurry up and finish its in-house spa and mountainside pool area, both of which are slated to open later this year. My suite’s tub does the trick, however, and as I soak my tired limbs I raise a glass of Rossland Beer Co.’s Paydirt Pale Ale to Noble House Hotels & Resorts, the U.S.-based luxury chain that chose Red for its first Canadian venture.

What is a $40-million boutique hotel doing here? The past 48 hours speak for themselves. Red Mountain has always rewarded travellers’ extra efforts with some of the world’s best skiing and snowboarding. Now, with the arrival of the Josie, the rewards are even greater.

Adam Bisby was a guest of the Josie Hotel, Big Red Cats and Nowhere Special. They did not review or approve this article.

Set on the outskirts of the parking area, the resort-owned Nowhere Special is much less eye-catching than the Josie. And with rates starting at $40 a night for a bunk in four-person dorm rooms, it is also more in keeping with Red’s recent “Fight the Man. Own the Mountain” crowdfunding campaign. That said, Nowhere Special is far from a typical budget hostel. Private rooms, starting at $120 a night, combine plush queen beds with spacious ensuite bathrooms. Private four-person family rooms add two bunks to the economical equation for $40 more. The stainless-steel surfaces of the roomy communal kitchen are spotlessly clean, with a bank of glass-doored refrigerators lining one wall. The bright and airy common area, strewn with colourful furniture and decorated with contemporary canvases, opens onto a spacious outdoor patio equipped with a pair of propane barbecues. Other amenities, including laundry facilities, vending machines and ski storage, round out this pleasing combination of value, style and comfort. 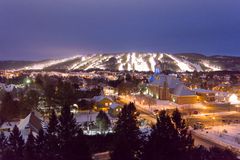 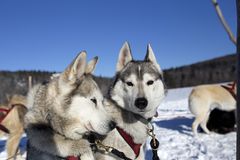 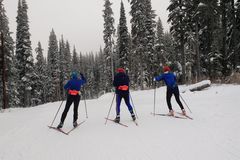