Smartphones, if you think about it, are a little bit like wearing underwear. You’re certainly free to walk through life without them, but people might think you’re crazy. So, consider me crazy, because I’ve given mine up. (The smartphone, not the briefs.)

In August, I purchased a Nokia 8110, an updated release of the banana-shaped Matrix phone that was first released in 1996. It texts! It calls! It has predictive text! Neo would be proud.

A few reasons. Firstly, my trusty iPhone 5C – which I used for roughly four years, a lifetime in our world of planned obsolescence – is pretty much dead. May it gather dust in peace.

Like any smartphone, my 5C was great for checking e-mails, Twitter, and the occasional Facebook message. It was a little too great at these actions, which brings me to my second reason for the switch: My use of the thing quickly evolved to something akin to a glorified fidget spinner. Pulling down on feeds that are already up-to-date is addictive. It felt unhealthy.

So I bought a dumb phone – or, more accurately, a “feature phone,” a basic mobile device that lacks “smart” technology – not wanting to spend a small fortune on a luxury product that felt more like a social obligation than actual retail therapy. (The going rate on the latest iPhone is, at time of writing, slightly more than $1,300.)

Given the reactions my 8110 has generated (“Is that a phone?”), it would seem I am not alone in feeling overwhelmed by smartphone culture. This isn’t surprising, naturally; paradigm shifts are often exhausting. But whether I’m on a bus or out with friends at a bar, I can’t use my new phone without someone commenting, laughing or immediately volunteering their own frustrations with compulsive smartphone use (and how they’d love to quit cold turkey, but it’s “just so important for [work, family, fantasy football]).”

Totally fair, and I get it. But stepping away from hyperconnectivity has allowed me to see this new normal as a sort of social contract.

The primary stipulation? The end user is required to purchase and consume; participate and respond.

Without even getting into the matter of personal privacy, the expectations of smartphone culture have material forfeits. Take the gig economy’s trend of downloading operational costs onto its underemployed workers: Job applications will mention if you need a driver’s licence, but not if you’ll need to bring your own smartphone to participate in office Slack channels, post pictures of a corporate event to Instagram or answer urgent e-mails at midnight.

In the social world, the extensions of this always-on culture have led to, mostly, some interesting complications – while simultaneously placing the responsibility of keeping up with people squarely on said end user. In other words, me.

My family, for instance, communicates things like career updates and photos of unfortunate typos via group chat, a basic function my phone is unequipped to parse. I used to be involved in many of these types of conversations ­– ranging from work matters to enjoyable banter – but I’ve since had to drop out of them all entirely, telling people to reach out directly if need be. While I’ve always been the “caller” in my social circles, my absence from chat groups means I’m now catching up over the phone, making firmer plans and asking more questions when I’m out with others.

Over all, is this a good thing? Without any apps sending push notifications and only direct text messages coming in, the number of times my phone buzzes each day has plummeted. I may not be privy to my friends’ spicy memes, but my attention span has improved proportionately.

At least, that’s what my partner tells me. On car trips, where she’s often the driver, I used to stick my nose in my smartphone while she focused on the highway. These days, I’m heads-up with her, navigating, talking and otherwise participating. Ditto for watching movies, doing work and anything else that used to demand concentration. Funny how disconnecting even somewhat can otherwise improve human connectivity.

Small social snags do continue to present themselves. I’m simply unable to assist with calling Ubers and Lyfts, ordering takeout, “Can you check the weather for me?” and other digital “favours.”

Don’t get me wrong: I’d love to Google that for you. Trust me, I’ll get back to you in a respectable amount of time. But if immediacy is what’s needed, forgive me in advance: I’m going to have to breach that particular section of the social contract. 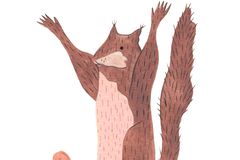 The turkey that terrorized Niagara-on-the-Lake
October 30, 2018 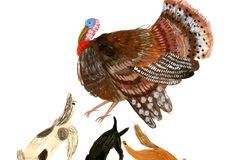