Right now, somewhere nearby, something is happening that I don’t know about. Maybe it’s a gallery opening for some hot new artist, a screening of a Japanese street fashion documentary or a guided nature walk to glimpse a rare migratory bird. Maybe it’s something even cooler, or more important than that. I may never know. My friends are doing things that I don’t know about: eating at that new soft serve place, or vacationing in Reykjavik, or visiting a donkey sanctuary. And somewhere, my niece is being cute and my mom is sharing a news story about a looming environmental catastrophe and an acquaintance is getting rid of a table that would look great on my patio. I assume all of this is happening but I have no way to know. I’m good with that. Such is the joy, I have discovered, of missing out.

The Joy of Missing Out (or JOMO, as it has been hiply dubbed) is a concept that was unknown to me until recently. Its counterpart, FOMO, I knew all too well. FOMO, or the Fear of Missing Out, can be defined at its most benign as not wanting to be left out of something enjoyable or important, such as that HBO show everyone is talking about. At its worst, however, it’s a fear that all of the things you miss out on combine to form a version of your best life that someone else is living. In this scenario, your unlived self is more successful, goes to better parties, reads more books, lives in a nicer home, takes more interesting vacations, is more creative, more beloved, more attractive, happier. That’s what it looks like for me, anyway.

“We are always haunted by the myth of our potential, of what we might have it in ourselves to be or do… We share our lives with the people we have failed to be,” psychologist Adam Phillips writes in Missing Out: In Praise of the Unlived Life. “Our lives become an elegy to needs unmet and desires sacrificed, to possibilities refused, to roads not taken.”

The idea of missing out on this “life unlived” is not new, but it has become far more pervasive in the digital age, thanks to a constant stream of banner alerts, colourful reminders and notifications on our tech devices. While I was always vaguely aware that things were going on without me all the time, now there are infinitely more ways in which I can be reminded of them.

This is not an accident. The people who design our smartphones and apps are well aware of the power of FOMO to influence our behaviour, and they use it to constantly find new ways to monopolize our attention. “These apps are engineered to keep you coming back,” says Elham Bidgoli, one of the authors of a paper on social media and mental health from the Canadian Mental Health Association. “They’re encouraging you to check in with notifications… they may even e-mail you to let you know you’re missing something. It becomes an unconscious thing over time, we pick up our phone and check Facebook or Instagram to see what we missed.”

Heeding a growing outcry from advocacy groups and technologists about the effects of tech addiction, both Apple and Google have recently announced changes to their mobile operating systems that will allow users to more easily monitor their usage. Embracing JOMO, however, is a much more direct – and low-tech – approach.

My relationship with social media – much like my relationship with smoking – was defined by compulsion rather than enjoyment: always scrolling, occasionally discovering a fun event or interesting news story, but never satisfied. It was only a matter of time before I encountered some gratuitous selfie, trolling comment or horrific bit of news and got annoyed, outraged or offended. Every now and then, I’d have that one really good cigarette, too, but more often than not they’d make me feel sick or dizzy. Neither of these activities were as much about the experience I was having so much as the experience that I might have. It was not the action itself that kept me coming back, but the allure of some mysterious, elusive result. Today, I would subconsciously think, I will find the thing that will make me whole. Such is the nature of addiction.

Quitting smoking wasn’t easy, but it was made easier by calling to mind the memories of the nausea, the head-splitting cigarette hangovers, not to mention the awareness of being the only guy in the room who smelled like smokes. Quitting Facebook and Instagram was easier, but also harder. All it takes is a few clicks to close an account and delete an app, but now I am surely missing out on more than ever. That’s where the JOMO comes in.

“It’s not the notion of missing out that is the problem,” British psychologist Alain de Botton writes in an essay on the website The Book of Life. “It’s our ideas of what we might be missing out on that counts.”

The Joy of Missing Out is really the joy of choosing what you don’t get to miss out on. Instead of constantly worrying about all of the fun, interesting things I’m not part of, I’m now more free to decide what I do want to do. There are always going to be gallery shows to attend, documentaries to watch and rare birds to look at if I want to seek them out, but the world won’t end if I don’t. I can hear about my friends’ soft-serve experiences and Icelandic vacations when I see them for dinner, and I can call my family anytime I want. By taking a stand against my unlived life and some of the things that remind me of it, I can now focus on the life that I have, which despite not being perfect, is actually pretty great. I had been missing out on a lot of things this whole time, it turns out – just not the things I thought. 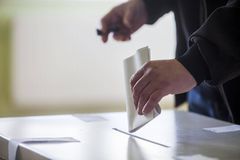 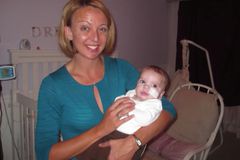 How worried should parents be about apps and websites collecting children’s data?
May 14, 2018 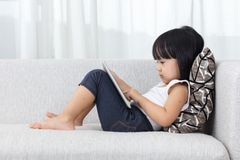