Last weekend, I spent some time in the Tilted Towers, fell into the Dusty Divot, learned how to jump off the battle bus and worked on my Orange Justice moves in Disco Domination.

Many of you will have no idea what I’m talking about. The rest of you probably have some kids at home, 9 or older. Maybe they’ve been teaching you how to floss. No, not your teeth.

I’ve been playing Fortnite, a blockbuster online video game produced by Epic Games that has attracted more than 125 million players worldwide since its release last year. It is a phenomenon so addictive that the Vancouver Canucks have banned the team from playing it while on the road.

As I have learned from my 10-year-old, Fortnite: Battle Royale is the game everyone seems to be playing. The original Fortnite, now known as Fortnite: Save the World, is more the PvE side of the game. (That’s player versus entity, my son explained.) Save the World is a paid shooter-survival game for up to four players who fight off zombie-like creatures and complete quests. Whereas Battle Royale is a free game in which you fight against 99 others in an effort to be the last player standing.

As far as I can tell, Fortnite is set in a dystopian near-future where most of the population has been wiped out. The people who are left run around through abandoned homes and streets – you’ll spot old vending machines, ice-cream trucks and even payphones – shooting at each other and breaking into dance battles. You enter the action by flying down to an island on a decrepit school bus/hot-air balloon/hang-glider contraption.

I would like to state for the record that I had zero interest in playing this game and for the longest time resisted allowing my son to play it, even as his favourite YouTubers, such as Dan TDM, expanded their repertoire from Minecraft to Fortnite.

“I don’t want you playing first-person shooter games,” I told my kid.

“It’s a third-person shooter game,” he corrected me.

Eventually, I relented. His friends were playing it, and they were able to communicate via headsets. On Saturday mornings, I loved hearing him talk to his old buddy who had moved to Nelson, B.C., and his BFF, who lives a couple of blocks away. The chatter was kind of hilarious. (“Where we droppin,’ boys?” my son would say, along with the odd gleeful shout of “Easy deletos!”)

If you are judging me, go right ahead. You will not find a harsher critic of my parenting than myself. I feel rotten about this. Other than that bit of headset communication with pals and watching my kid bust out some pretty co-ordinated dance moves IRL, I can’t think of anything positive that he is getting out of this. What lessons learned? What new skills? What moral growth?

But he is having fun, so there’s that. And he loves talking about it. My son is at that stage where he isn’t saying much. How was school? Fine. What did you do today? Stuff. There’s a lot of that going on these days. But get him started on V-Bucks or his Battle Pass, and there’s no stopping him. He can talk for days.

So when he asked me again last week if he could give me a Fortnite lesson, I surprised him (and me) by saying yes.

We hunkered down at the computer desk, sitting side by side, me at the keyboard and him on his Nintendo Switch.

Unbelievably, the user name “vanmom” was available (“van” as in “couver,” by the way; not “mini”). My avatar was buff and awesome and made me feel strong. Still, as a noob, I looked far better than I played, to be sure. I couldn’t figure out how to move from left to right properly, I didn’t know how to pick up weapons, my aim was lousy and I respawned I don’t know how many times. I kept hitting the keyboard button (Q?) that shoved a blueprint in my hands, but I had no idea what to do with it. Every now and then, my kid grabbed the keyboard and mouse in frustration at my ineptitude, and we laughed and yelled. When I started getting the hang of it and got in a couple of kills, we both celebrated. (I think he let me kill him both times, but even that is a victory of sorts, no?)

On a recent professional-development day at my kid’s school, I took the day off work after two months of putting in too much overtime to count. I announced that we would kick off our long weekend by spending the entire day in the house in our pyjamas.

And we did. We had a bake-off, we rented a movie, I cooked food from scratch, we snuggled with our cat and ate snacks. And we played Fortnite together.

Emphasis, I’ve determined, not on Fortnite, but on played. And together. 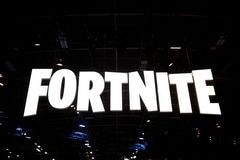 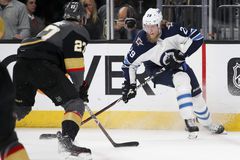