As kids across the country gear up for another school year in pursuit of an A average, a parallel universe exists where kids don’t do homework, don’t take tests and don’t worry about grades.

For acolytes of unschooling, kids call the shots and direct their own learning. There’s no rigid structure, no provincially prescribed curriculum and no bell at the end of the day. An unschooled kid with a preternatural interest in the Jurassic Period, for example, might spend a few weeks learning about every single dinosaur of that era.

“In a nutshell [unschooling] is letting the learner choose what they learn, when they learn, how they learn and where they learn,” says Judy Arnall, president of the Unschooling Canada Association. The Calgary author’s latest book, Unschooling to University, published by Professional Parenting Canada and set to hit bookstores in late September, follows the trajectory of 30 unschooled children who entered or graduated from postsecondary institutions.

Unschooling is different from homeschooling, where parents follow the provincial curriculum. As with homeschooling, it is legal across Canada, although provincial registration regulations vary. For the most part, parents are only required to notify or register with the school board at the beginning of the year.

Back-to-school guide, by and for kids 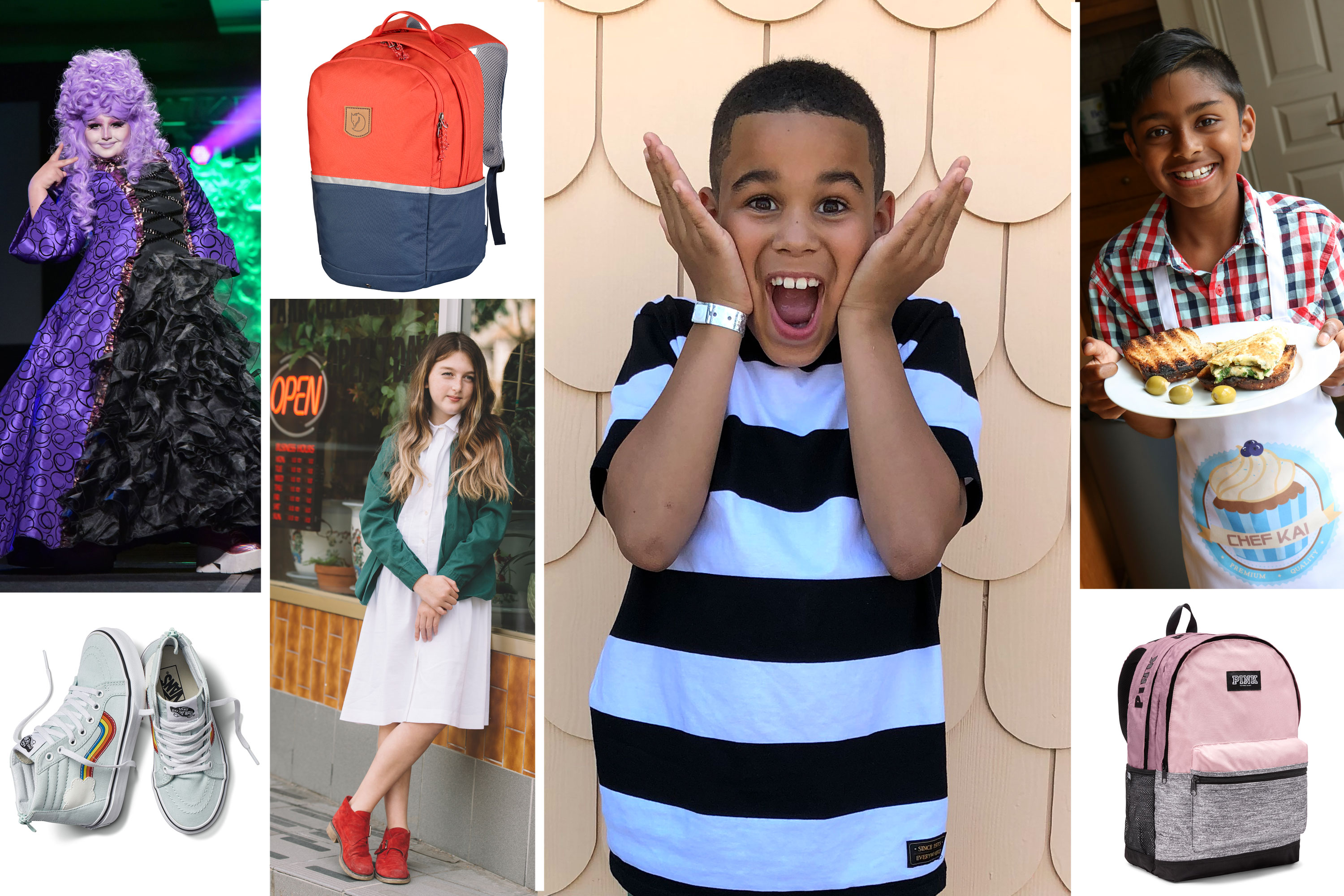 From lunches and supplies to fashion and home decor, these cool Canadian children have you covered. Get caught up hereon Globe Pursuits’s full back-to-school coverage.

Unschooling is not without its critics, who contend this unorthodox approach to education leaves room for knowledge gaps, doesn’t impart higher-level learning and can shut kids off from certain career paths, especially in math and science, if parents blithely allow children to avoid subjects that don’t interest them.

Ms. Arnall refutes this type of thinking. Having unschooled her own five children, who range in age from 16 to 27, she counters that at least half the kids profiled in her book pursued careers in STEM (science, technology, engineering and math). Two of Ms. Arnall’s children work in STEM fields – one in computer science and the other in bioscience, and another child is in university majoring in biology and chemistry.

While hard stats are difficult to come by – no educational or other regulatory body tracks the number of unschoolers – the Unschooling Canada Association Facebook group has 1,500 members, up from about 1,000 members last year, according to Ms. Arnall. The association has representatives in every province and territory, from Nunavut to Newfoundland.

So what is unschooling like for those who practice it? Four parents shared their experiences with The Globe and Mail.

When Robyn Robertson’s kids were in Grade 1 and junior kindergarten, she pulled them out partway through the school year to travel abroad. While spending six months in Jamaica, where she has family, Ms. Robertson homeschooled her kids, intending to enroll them back in their Edmonton area private school upon the family’s return to Canada.

She began with structured days, setting a timer while Ronan and Zahra focused on subjects for set periods of time.

“With kids and school and activities and sports we were never home, it was always rush, rush, go, go, you got to get up in the morning,” says Ms. Robertson, who previously worked in marketing and outreach at the same school her children attended but is now devoted full-time to unschooling. While in Jamaica, “I started seeing that the times when they were learning the most were the times when we were not doing structured activities,” she adds. “That’s how we eventually got to unschooling – I slowed down on the structure and let things flow a lot more.”

Although she doesn’t follow a set curriculum, Ms. Robertson will engage in “strewing,” which she describes as an invitation to learning. It’s a no-pressure way for unschooling parents to introduce something new to their children or encourage kids to delve further into a subject of interest by placing various items (such as books, games or other materials) around the house.

“The whole day is considered a learning day, so we’re going to talk about math during the day, and we’re going to reflect it in our real life.” For example, cooking and baking may include talk about fractions, multiplication and division.

“I want my kids to understand that math is not just a textbook,” explains Ms. Robertson, who plans to unschool her kids throughout their high-school years, while maintaining they’re welcome to go back to traditional school if they want. She adds that kids lose accountability when they are obeying orders from teachers. “It’s not the child taking personal responsibility for their learning,” she says. “That’s the biggest goal for us.”

Ayla Corcoran-Royan says a day in the life of her family “would probably look like what a typical active family’s Saturday would look like.” This can include time at the park playing outside, baking and reading. “We take our time and develop our hobbies and passions and nurture our unique interests,” she says.

If Hayden shows an interest in sea turtles, for example, that could mean reviewing a painting about sea turtles for fine arts, doing a turtle pose in yoga for physical education and counting sea turtles for the math portion of the day. Hayden’s interest in Egypt led to reading a biography about King Tut, researching pyramids and reading a fictional story about mummies.

“We learned about the mummification process, so we designed a sarcophagus out of cardboard and painted it to be similar to Tut’s pictures,” Ms. Corcoran-Royan says. “Then we mummified a stuffed beaver of hers with toilet paper, we discussed how long the process took, what was involved and learned about the different organs that are removed during the process.”

Ms. Corcoran-Royan opted out of sending Hayden to traditional school when she was ready to enter kindergarten. An early childhood educator, Ms. Corcoran-Royan found it strange that kids play, wiggle around and dance up until “the day before school,” and then they’re expected to sit at a desk.

“[Unschooling] seemed like the most practical way for kids to learn,” Ms. Corcoran-Royan says. “We wanted to foster our kids’ thirst for knowledge and show them how to learn, not just dictate what they’re learning.”

The beginning wasn’t easy. Her husband, a software developer, wasn’t initially on her side and neither were her parents and in-laws.

“They were very worried about how we would be able to provide an enriched learning environment while not following a designed curriculum,” she says. But eventually, family members got on board and Ms. Corcoran-Royan says this way of educating her children has enabled the family to develop a closer connection. Another big advantage she points to is the flexibility afforded by an unschooling approach – with no set schedule, learning can happen anytime and anywhere.

She concedes she has only one big worry: “If something goes wrong, it’s 100 per cent on us.”

Amélie Delage decided to unschool her kids while doing research for her PhD dissertation on the power dynamics between parents and children.

“I was starting to question how we raise our children and how they learn,” she says. This led her to question the traditional school model.

“Unschooling seemed so much more aligned with my political values and having a more egalitarian relationship in learning, and giving more freedom and autonomy for children to actually make meaningful decisions about their lives,” says Ms. Delage, a PhD candidate in political science at York University in Toronto.

While she tries to ensure her children aren’t too behind what kids their age are learning in formal school, Ms. Delage also avoids imposing anything on them.

“The desire to do something comes from them,” she says, adding her twin sons are interested in becoming engineers, which has led to more of an interest in math. “I see my role as being there to provide them with the resources … I don’t see myself as a teacher who tells them what to do all the time. We solve problems together.”

Ms. Delage describes her family’s approach to unschooling as project-based – her kids often have several projects on the go, to the point where they asked for an agenda to organize their time so that they could complete more projects. She says working on projects for extended periods of time mirrors how people function in the workplace.

“You’re always working on specific projects, instead of just 15 minutes on different subjects and changing subjects a lot,” she says.

Ms. Delage says that despite unschooling’s many benefits, it can be tough when her “free-range” kids get the side-eye from neighbours if they’re out midday during the week.

“It’s hard in the neighbourhood for them to roam freely in the street because they get intercepted – ‘What are you doing? You’re supposed to be in school. Why are you in the street?’ ” she says.

Taunts have also been an issue.

“A few other [formally schooled] kids told them they’re not learning anything so sometimes they question it, if they’re learning enough,” she says. “It’s not a big deal, but for now that would be the major drawback – when kids said that to them it kind of bothered them a bit.”

Ms. Delage says if her children want to go to a traditional high school, she would be fine with this. Every year, she asks her children if they want to switch to formal schooling, but so far, they don’t have an interest in it.

No two days are the same for Lara Onaba’s children. A trip to the grocery store may include a math lesson by comparing the prices of organic versus non-organic produce, Ms. Onaba explains. Skipping stones can turn into a lesson about angles and velocity.

“There’s no blanket of, ‘Our days must start at nine and must include writing and math,’” says Ms. Onaba, an entrepreneur who runs a property management company and tow truck company with her husband. “We don’t have those requirements of ‘musts’ in our days.”

When a topic sparks six-year-old Denzel’s interest, he’ll learn more about it online by using Siri or voice-to-text since he can’t yet read. (Unschooling families often point to educational resources online that make it easier than ever for kids to self-direct their learning.)

“I know he learns a lot better and retains a lot more information for longer when it’s a topic either he’s chosen himself or he’s interested in,” Ms. Onaba said during a recent camping trip, adding they’re often on the move. “We make an effort to go to so many places and do so many things so that he’s introduced to ideas that maybe plant seeds for him for later.”

Ms. Onaba says she and her husband had originally thought about sending Denzel to private school, but this changed after they attended a conference in New York about unschooling when Denzel was 3. Rather than enter Grade 1 this fall, Denzel will continue to be unschooled, just as he has been during his preschool and kindergarten years.

Ms. Onaba says Denzel has resisted having his parents' way of doing things imposed on him, so "rather than push against a brick wall you just go with it, and it’s a lot easier this way.” She feels unschooling does a better job of fostering kids’ analytical capabilities and problem-solving abilities, describing traditional school as “top-down” education.

“If you don’t categorize it as school work and you just think of it as living, then there’s no opportunity to have a negative relationship with it.”