Jack Ford’s parents were Vaudeville entertainers and travelled throughout the United States. When Jack was born, he was taken to Toronto and raised by his maternal grandparents. Jack loved to draw and when he apprenticed in a print shop, he was taught how to use plate-making cameras. This triggered a life-long interest in photography and a treasure trove of Second World War images.

Following high school, he enrolled in an art school but switched to study photography. When the Second World War broke out, he enlisted in the Royal Canadian Air Force No. 414 photography squadron. Jack spent the next several years in England, France, Belgium, the Netherlands and finally Germany, capturing history. He prepared cameras for aerial reconnaissance flights, mounting them on planes and then developing the film that made it back. Intelligence officers scrutinized the images. In 1944, three small planes landed on the Cannes airfield in France where Jack was posted. Out stepped Winston Churchill, King George VI and General Bernard Montgomery. Jack’s job was to record the visit.

Jack returned from the war with close to 1,000 historical images: reconnaissance shots of enemy targets taken from RCAF Spitfires, pictures of bombed-out towns and images of Canadian troops serving Christmas dinner in 1945 to delighted Dutch children. (He carefully stored the photos for years and, once he moved into Toronto’s Sunnybrook Veterans Residence in 2010, he donated the collection to its photo studio. In 2017, The Globe and Mail published a story about Jack and his photography.)

After the war, Jack became a partner in a small advertising agency. When Joan Train arrived to work as a secretary, he fell in love at first sight. It took Joan a little longer, but they married in 1958 and honeymooned at Mont Tremblant, north of Montreal. Jack loved to ski and Joan was a good enough sport to learn. They would welcome three children, Tracy, Wayne and Jay, into their family.

Jack was a great storyteller and always the life of the party. But he was also a perfectionist, which led to high expectations of his children. The bad word in his house was “can’t.” Jack was obsessed with his company cars – there was a different one every other year – and that meant the kids had to wash, wax and polish it each weekend. One summer, at the family cottage, he asked the kids to rake up all the pine needles on their 3/4-acre island. But he didn’t like all the toadstools that popped up, so he had them drag the needles back. Summers for the close-knit family were spent at the cottage and winters at the ski club, where the children ski raced or taught, while Jack managed a racing team and Joan was the race secretary.

Joan was diagnosed with Alzheimer’s disease in 2000 and she moved into a home where Jack couldn’t join her. He visited every day – Joan’s face lit up whenever he arrived – until her death six years later.

From 2010 until his passing in 2019, Jack was a resident of Sunnybrook Veterans Residence. Here he worked with photo therapist Ana Seara, who helped him scan, enlarge, frame and display his bonanza of wartime photographs. His extraordinary collection has been in several shows and there’s a permanent collection on display at the Canadian Forces College in Toronto. This past spring, they worked with the Sunnybrook Foundation to print a coffee-table book of his favourite photos to ensure the pictures continue to tell stories for years to come.

Lives Lived celebrates the everyday, extraordinary, unheralded lives of Canadians who have recently passed. To learn how to share the story of a family member or friend, go online to tgam.ca/livesguide

A resourceful mom and great golfer, Louise Soubry once killed a Canada goose with her tee shot
October 31, 2019 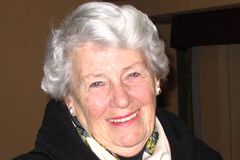 Donald Szmon was a natural storyteller with a sentimental streak a mile wide
October 29, 2019 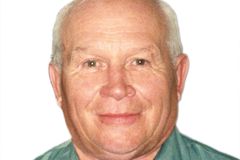 A philosopher and logician of note, Robert C. Pinto was also a natural entertainer from a young age
November 3, 2019 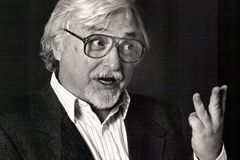