Many people have a deep connection to the charities they choose to support. Here, some donors from across Canada explain why they give their time or money to the causes that touch their hearts.

When the need is so great, choosing which charities to give to can be overwhelming. Here’s how best to direct your giving

Charity: Feeding Nunavut, a non-profit that supports the Igloolik Food Bank and organizes a Christmas toy drive each year.

Why she gives: “I have been at volunteer at the food bank for six years. I grew up hungry. Not all the time, but most of the time. So I give my time and try to help families that are going through what I did because I know how hard it can be.”

Charity: Christmas Cheer for Abbotsford Seniors, a family initiative that organized 1,600 card kits for children in their community to decorate for seniors.

Why they give: “We heard a report from a British Columbia seniors’ advocate who outlined some of the stresses that seniors are facing due to COVID. To break up the isolation seniors feel, we wanted to bring some light into their nursing homes with these cards.”

Why she gives: “In January, 2017 I was diagnosed with a very aggressive breast cancer. I was lucky it was caught in the early stages. My oncologist, my surgeon and the care I received was amazing. I am one of the lucky ones. I had support from my family, my friends and my company. However, I saw women who had no support, and I saw doctors going beyond the call of duty. I wanted to be part of an organization that helps this very special community of caregivers.”

Charity: They established the Gardens of Hope Respite Cottage for palliative patients and their families.

Why they give: “We have everything we need, so we give out of a sense of gratitude and gratefulness. There so many people who are facing the end of life. We have this beautiful garden on our property, and by opening up the cottage to these special guests who come from all across Canada and the U.S., we hope to give them some respite and hope.”

Why she gives: “My son went to school with TJ [Wiebe] and I used to babysit him when he was a young child. I’ve been supporting this charity every year since TJ was murdered 17 years ago. I’m also a teacher, and this organization has helped educate so many young people on the dangers of drugs and help them from going astray.”

Charity: Ocean Wise Conservation Association, which works to protect the health of our oceans.

Why she gives: “Connection to place is really important to me. I like to give to an organization that has a footprint in the spaces I care about. Less than 2 per cent of charitable donations go to the environment, and this a charity that makes a measurable difference in my own backyard.”

Charity: Camp Trillium, which sends children with cancer to camp.

Why he gives: “I’m decorating and making Christmas ornaments this year to raise money for the camp. I’ve been doing something for them every year since I was eight. My mom and dad both work at McMaster Children’s Hospital so I’ve seen kids who are suffering, which bothers me a lot. I like Trillium because it means kids with cancer can have fun, run and play outside, and do it in a place that’s safe.”

How do you deal with the pressure to be happy during the holidays?
December 5, 2020 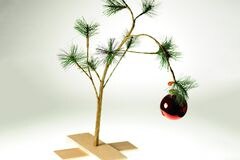 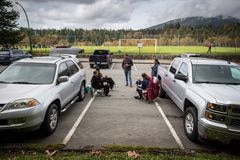 Chances are the wellness spaces in your city are owned, and patronized, by white people. That’s a problem
September 23, 2020 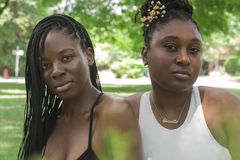