I have boycotted Winners. Not because of the store – I used to love spending my lunch hour there, going through the racks, hoping to find a designer gem – but because of the nasty little stickers it slaps on all its merchandise, which, on the surface, are seemingly innocuous black-and-white price tags, no bigger than a postage stamp.

When I first started frequenting the store near The Globe and Mail’s old office building at Front and Spadina in downtown Toronto, I was usually hunting for clothes and the stickers were no big deal. Attached by a tiny piece of plastic that dangles from the garment, I could just snip them off.

But then I discovered the housewares department. In the early days, I purchased picture frames, the odd vase, books, cookware (I found a blueberry-coloured piece of Le Creuset cookware that I cherish to this day), Thanksgiving, Halloween and Christmas-themed side plates (I was on a roll), and a slew of smaller items (such as bubble bath and small Lego sets) that were gifts.

The stickers on those tested me. But after elbow grease, some choice swear words and my grandmother’s supposedly fail-proof combo of hot water, vinegar and dish soap, I usually managed to scrub off enough of the offensive glue, which clung stubbornly to all those items, especially anything ceramic or glass, that I could live with it.

All that changed the day I brought home The Mirror.

It was exactly what I’d been hunting for: an oversized oval shape with a substantial matte black frame. I spotted the price sticker in the lower right-hand corner before heading to the check-out, but resolved that nothing would stand between me and a blemish-free mirror hanging in the vestibule of my home. Then the battle began.

Because I had a history with the stickers at Winners, and its sister store, HomeSense, I knew to come prepared. I started with Grandma Howe’s concoction, which got rid of about a third of the paper but left the goo. I moved to nail-polish remover. That took off my manicure. I grabbed my phone and googled more options. I tried rubbing alcohol, turpentine, WD-40 and baby oil, in that order. (The first two made my hands raw, the next two were quasi-reparative, but I smelled funny for days.) All that, and at least half the antagonist remained.

Next came Kraft peanut butter and Hellmann’s mayonnaise (some people swear by them as removal methods). Now I had an angry smear, mixed with glue. I tried a blow dryer, which according to many sources on the web is infallible, and Goo Gone, a so-called miracle cure for removing stubborn stickers, which I found at a hardware store up the street. My nemesis remained.

Disgusted, I put the mirror out the back door – it was winter and I’d read decals were supposed to come off if you put them in the freezer – and went to bed.

The next day, I wrote Winners’ customer-service department an e-mail, asking why they used this glue and if they knew how difficult it was to remove. I demanded they do something about it and was told by auto response to expect an answer in 24 hours.

That night, I gave it one more try. I’d read alcohol worked wonders, so, on my way home, I stopped at the LCBO and picked up a mickey of Smirnoff. Armed with the booze, paper towel, a bowl – and a glass for me (I figured a nip couldn’t hurt) – I got to work. I failed again, cursed the mirror, woke up with a royal hangover and put the mirror at the curb.

By then, Winners’ customer service had gotten back to me. “Use alcohol to get it off,” was all the e-mail said. I’m not a violent person but I toyed with barging into the store and wringing some poor sod’s neck.

Now wherever I am, whatever I’m buying, I’m on sticker high-alert. I never buy anything without doing a sticker stress-test first – slipping a fingernail under one edge to make sure it comes off with ease.

And I’ve found new antagonists. At Loblaws, I’ve noticed the brilliant pink stickers they put on day-old produce has Winners’ super-human strength. It’s like they want to shame you for saving money and buying food that would most likely go to waste.

And don’t get me started on the ones they paste on my luggage and the back of my passport. That’s a story for another day.

The fashion and beauty trends we’ll be talking about in the next decade
Subscriber content
December 30, 2019 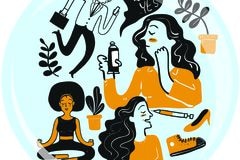 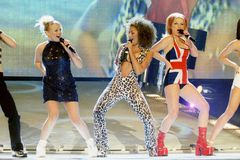 The right packaging can help you use up every last drop of your favourite beauty products
October 14, 2019 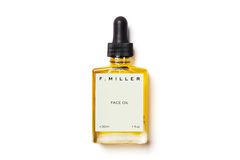