Sarah Radziminski sees four-leaf clovers every time she closes her eyes. The Vancouver-based stay-at-home mom became obsessed with collecting them when the country locked down last year, leaving her on a search for greener pastures – literally.

“I found all of these in one day,” she says, referring to a photograph of her 22-clover harvest from a summer day this year. It was her biggest collection yet. She learned the technique, which involves finding clover patches and looking for specific shapes in plant markings or vein patterning, from TikTokker @mx_horsefeather at the start of the pandemic. “I got addicted to it very quickly,” Radziminski says.

Self-admittedly not a crafty person, she isn’t sure what she plans to do with them yet. She’s considered making them into bookmarks or resin keychains, adorned with a little bit of luck, for her loved ones. For now, they’re pressed and preserved between pages of her books, stuck in time (not unlike us waiting for COVID-19 to be but a distant memory.)

“So many people I know are struggling trying to move forward, and I think everyone could use more luck,” she says. “What use is luck if you don’t give it away?”

You could say we’re all looking for greener pastures these days, as more of us get our vaccinations, and seek some semblance of pre-pandemic normalcy – brunch dates, group gym classes, maybe even going back into the office.

Some of the hobbies that so many Canadians adopted to fill long hours in lockdown might be left in the past as the world reopens, becoming fond memories to look back on – time-killers and distraction techniques Canadians were pushed to in search of structure and meaning. But for many, these hobbies presented to them something new, like a stronger sense of community, moments of calm focus that many are hesitant to give up now that lockdown restrictions are lifting and life inches toward normal.

Pre-pandemic routines are returning, but bad beauty habits don’t have to

Some were fortunate enough to discover joyful income from an activity left on the back burner, like Ottawan Jake Levesque, who developed a newfound talent for wood carving.

When the pandemic hit, Levesque took seven weeks of unpaid leave from work, scared of what the future held for his wife, Sheena Levesque, and their three-year-old son, Jack.

“My wife started working from home, which gave me a little bit of time to break out the carving knives I purchased the year prior and never used,” he says. “Between when my son had naps and went to bed, it gave me some stress-free time to play around with the knives in my garage.”

When he first bought the carving knives, Levesque wasn’t sure when he’d have time to try them out. The pandemic gave him that opportunity. Between caring for his family, working his nine-to-five job and housework, he’s in his garage, honing a craft he never knew he had – until he had a moment to explore it.

“I started with wooden spoons, and now I made charcuterie boards, end-grain butcher blocks and hand-turned bowls,” he says. “I’ve turned the garage into a full-blown woodshop.”

There’s no doubt in his mind that he’ll continue this after the pandemic eases up. In fact, he’s branded himself Lumberjake Woodcraft, and has been selling hand-crafted pieces of “what some people call art,” he says with a laugh. He’s now making a decent income with his woodworking skills – a welcome surprise for something that began as a way to pass the time.

“I get a sense of accomplishment and pride when I make something with my hands that turns out nice,” he says.

While the future for Levesque feels somewhat certain when it comes to his surprise woodworking business and his growing family in Ottawa, folks like Jessica Hamilton were pushed to find meaning in unsuspecting places.

Hamilton moved to Listowell, Ont. last summer on the heels of an abusive relationship. Moving home was “wild,” she says, but being close to family has been a major bonus.

While there, she discovered a love for raising baby calves at her friend’s family dairy farm. It’s been in their family for generations, and Hamilton started visiting after a month of being home.

“My brother was away working, and I would bring [his girlfriend] tea and visit the cows,” she says. “One day she asked if I wanted to learn more … and then I started taking care of the calves at the calf barn. It’s really cool to watch them grow up.”

Hamilton had a lot of healing to do and had no idea what her life was going to look like after moving back to her family home. Finding a hobby during the pandemic has been fuel for her journey to self-rediscovery.

“Some days it was hard to get out of bed, but this gave me purpose,” she says. “The calves had to be fed, and I was the one that had to feed them. I had to show up.”

“I didn’t have to talk to anyone,” Hamilton adds. “I could just kind of shut off my brain for a few hours and focus on this.”

Hamilton hopes to stay working at the calf barn for as long as it feels right for her, while also managing her marketing business, Connection Collective Co. – even when things go back to normal.

“In some ways, being in the barn every day has felt normal. I don’t need to wear a mask because I work solo,” she says.

“It’s felt like a slice of ‘normal’ when nothing outside was.”

How to clean up your social life post-pandemic
July 1, 2021 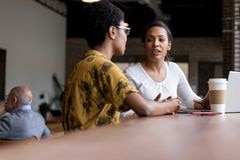 Going back to the office? Clean up your sleep schedule now for a smooth transition
June 24, 2021 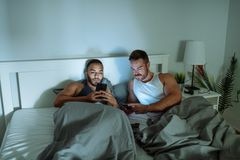 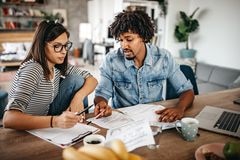