"Would you like to try those on?" The sales guy startled me as I stared, enraptured, at the piece of moulded foam and nylon in my hand. The sandal was composed of two bulbous blobs of foam joined by an austere footbed and topped with a suspension bridge vamp of shiny synthetic fabric. It was entirely black and looked like something you might wear around the house if you were Japanese and lived in the future. The label said Rick Owens; the price sticker said $710.

"No, thanks…" I stammered. It wasn't so much that I didn't want to try on the shoe. But in the moment I was so mesmerized by this object, so thoroughly confused by its weird lines and curious shapes, that I wasn't sure that this was something that could even be tried on. I put it down and left the store, flustered.

Things are getting interesting in the men's sandal department. The men's-wear renaissance has touched pretty much every other part of our wardrobe, from socks to backpacks to the humble denim blue jean, bestowing on us myriad stylish options in every price point and for every taste. After decades of neglect and scorn, it's now the sandal's turn to dress up.

"It's not just a choice between flip flops and hiking sandals anymore," says Federico Barassi, men's-wear buying manager for online retailer Ssense. Barassi has seen a surge in interest in men's footwear, particularly sandals, in the last few years. "There are so many more options now, from functional, sport-inspired slides to more sophisticated and built-up designs." A perusal through Ssense's offering bears this out in detail, from a sleek athletic sandal in black leather by APC to Valentino's playful take on a Birkenstock silhouette realized in pink and green camo. The shop has dozens of designer interpretations on the rubber slide, the flip-flop and the Velcro hiking sandal, with prices matching their highend construction. What was once utilitarian has been elevated in pebbled Italian leather, embellished with chrome studs and crowned with gilded hardware.

There are more adventurous options, too, like Balmain's lace-up sandal in calf-high suede with a rugged boot sole, which priced at $2,115, is definitely meant for neither the pool nor the beach. Rick Owens' Cargo Sandal, an imaginative melding of a gladiator sandal with a slide (and complete with zippered ankle organizer pocket) is likewise intended more for the city streets than a quiet weekend at the cottage. Indeed, if you pay $995 for a rubber sandal, it'd be a shame to get it covered in pine sap and barbecue sauce. According to Barassi, it's not just the sandals that have changed. It's us, too. "Men are much more informed and comfortable about fashion than before," he says. "There's more openness to experiment."

At Toronto's Bata Shoe Museum, North America's only institution dedicated entirely to footwear, senior curator Elizabeth Semmelhack has a few thoughts on this, too. Semmelhack, who wrote the book Out of the Box: The Rise of Sneaker Culture, sees the explosion of athletic shoes' popularity as not just the root of the men's sandal boom, but the source of renewed interest in men's fashion as a whole. "What sneaker culture has ultimately done for men is that it has inculcated them into the fashion system," she says. "It links back to things like casual Friday and this idea that men should, in the workplace, give a little glimpse into who they are in their off time." What started as a man wearing his basketball sneakers as a fashion statement imbued with athletic street cred became a market for designer kicks that might never actually see the outside of a shoe box, let alone the surface of a basketball court.

"The Teva sandal was like a mountain bike, it was something that suggested, 'In my off time I do something active,'" she says. If the original sport sandal was a statement about rugged outdoorsmanship, the new one, then, updates the message for the 21st century: "In my off time," it says, "I do fashion."

A few days after my mesmerizing Rick Owens experience, I was in a high-end department store eyeing a pair of Ferragamo sandals, a sneaker-slide hybrid with a jagged white sole and green rubber footbed Frankensteined under pebbled calfskin straps and shiny brass hardware. They were unlike anything I'd ever seen, but the more I looked at them the more they grew on me. Even the $495 price tag didn't seem so outrageous. "I love those," said the salesman as he sidled up beside me.

"You're lucky," he said, returning a few minutes later with a pair in my size. "We've only got a few left." 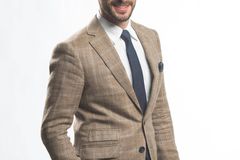 Men's fashion: Could uniform dressing be the secret to a simpler, more stylish life?
April 21, 2016 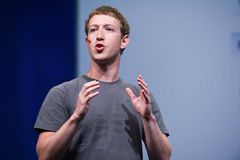