Four decades ago, Friday was Canada's craziest day at the bank. You lined up to get money for the weekend - and if you ran out, it was tough luck until Monday. Then a slick, wall-mounted machine made access to cash a matter of punching a few buttons (and maybe turning a key). Here are some key figures in the life of the ATM

The day 24-hour access to cash came to Canada. The Canadian Imperial Bank of Commerce unveiled the first ATM, called a "24 hour cash dispenser," following the introduction in England in 1967 and the U.S. in 1968. The slick, wall-mounted machine was operated by a key, a plastic card and a personal identification number. RBC was next to hop on board, introducing the "Bankette'" in 1972. The Toronto Dominion Bank came around in 1976 and, with the re-branded Green Machine in 1981, aimed to make ATM banking a little less robotic, says Reena Atanasiadis, a lecturer on behavioural finance at Concordia University's John Molson School of Business. They gleaned inspiration from country music with the Johnny Cash Machine (but later went back to the old name). "Usage of the machine soared," she says.

Here comes Visa! The PLUS automated teller network let Canadians ditch the travellers cheques and access their chequing and savings accounts while out of the country, says Mike Bradley, head of products for Visa Canada.

Maximum amount of money the first ATMs could spit out in a single transaction. A CIBC newspaper ad from January, 1970, boasted that consumers could get the "$30 packets" any time of the day or night from its gleaming machines. Today, the maximum amount of cash a bank machine will spit out corresponds to the daily limit on your account. A moneyed person with a generous daily limit could withdraw upward of $1,000 from a machine. TD's Matthew Cram says the bank doesn't release maximum amounts of cash withdrawal for security reasons.

Maximum number of bills the first TD bank machine was able to spit out in one transaction.

The maximum number of bills they can eject today.

Number of transactions logged at bank-owned ATMs in 2008, the Canadian Bankers Association reports. Canadians made 257 million transactions in 2008 at bank machines that don't belong to their financial institution.

Number of ATMs per million Canadian residents, according to a 2007 study by the Bank for International Settlements. Canadians have more bank machines per person than any other country, including the United States and the United Kingdom. Belgium comes up second, with 1,448 machines per one million residents, while the U.S. has 1,375. But Canadians' desire for quick cash hasn't robbed bank tellers of their jobs, Ms. Atanasiadis says. "The number of front-line staff hasn't really dropped, but it hasn't gone up." Still, it doesn't bode well for the future. "All the growth over the past 20 years has been displaced to technology."

The fee for transactions on a privately owned ATM in the mid-1990s, according to Brian Kett, the CEO of U.S.-based GRG International, an ATM manufacturer. Now, on average, it's "somewhere between two and three dollars." Mr. Kett opened one of Canada's first independent ATMs in 1993 on Vancouver Island. According to the Financial Consumer Agency of Canada, charges can run to $6. The 1996 consent order allowed private ATM operators to ask for surcharges, says Caroline Hubberstey, director of public affairs at Interac. 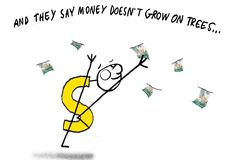