Ali Vincent struts into a downtown Toronto restaurant, a whirling dervish in a magenta dress. The first female winner of NBC's hit reality show The Biggest Loser, she has the unstoppable quality of someone who has realized that all she needed to get what she wanted was focus. Three years ago, she lost 112 pounds in 5 1/2 months. In her youth, the 32-year-old was a competitive synchronized swimmer, ranked nationally and internationally, but over the course of 13 years, she gained weight to tip the scales at 234 pounds on her 5-foot-5 frame.

But now the former hairdresser has written a book, Believe it, Be it: How Being The Biggest Loser Won Me Back My Life. She blogs for the reality show, has started a clothing line and works as a motivational speaker. She fully supports the method of weight loss on the controversial show, pointing out that there are doctors and trainers who closely monitor the contestants' progress. "I believe this is my destiny," she says of her new career.

Ms. Vincent figured out how to find herself, buried beneath layers of fat. And her magical transformation all boils down to a few key insights and principles.

Understand why you're fat

"Fat justified my feelings of loneliness," Ms. Vincent says with the clarity of a religious convert who now understands where she went wrong. She grew up in a dysfunctional family. After her parents divorced when she was 2, her mother led a wild, partying lifestyle, leaving Ms. Vincent to be raised by her grandparents. As a teenager, Ms. Vincent acted out, drinking alcohol to excess and losing her virginity at 13 in a park.

She never had a lack of boyfriends, but as she put on weight she became invisible. "I got less attention, and I thought, 'Screw you.' I didn't want to be a trophy [girlfriend] and so I thought, 'Well, if I stay fat, then I will meet someone who likes me for who I am, and when I find someone who really loves me no matter what I look like, I'll lose the weight and it'll be a great surprise.' " She stops herself and wrinkles her nose. "Well, it was wrong! It was just a young girl's way to justify feeling hurt in a relationship."

"The hardest thing I ever did was stand in line for a show called [ The] Biggest Loser," she says. "I thought the name was offensive." But after she got over that hurdle, she had to face another, more public one. "It's humiliating, walking up to that scale on TV." And it was hard to show the world her rolls of fat when she stood, as all the contestants do, with a minimum of clothes on for the weigh-in. "But that was the price I had to pay for the opportunity of a lifetime," she avows. "It made me who I am."

The universe holds enough happiness and success for everyone

Ms. Vincent remembers a key thought pattern she had while working closely with Jillian Michaels, one of the trainers on The Biggest Loser. "I remember Jillian talking about how she wanted more in her life. And I thought, 'But she has such a good life! Why should she get more?' And then I realized that her having more doesn't mean that I would not. It was a huge aha moment. We always think that some people get everything and others don't get anything. We compare!" she says, almost leaping out of her seat with the force of her remembered revelation. "But it's crap, crap, crap," she exclaims with a beaming smile.

Ms. Vincent and her mother, who was paired with her as a team, were voted off the show - an outcome of the reality show's game play. But she didn't let that put an end to her determination. "I had to reframe the situation, and so I thought, 'I will become the unofficial Biggest Loser.' " She had lost 30 pounds before she was let go from the show, lost a further 30 at home, and when she was invited back - a new feature in that year's season - she lost the remaining weight to reach her goal. Of her motivation, she says, "I just knew I would never be the same woman who stepped onto that campus at the beginning."

Go ahead, use goofy visualizations

When she was on The Biggest Loser campus, she used a particular technique to help her stay focused. "I thought, 'Why not give it a go!' " she says with a booming laugh. "I had this screen in my mind, and there were these Pac-Mans, and every night I would send these Pac-Mans off in my body, and their No. 1 job was to eat my fat cells. Did they work? I don't know! But look where it got me."

Figure out a way to live at your new weight

Ms. Vincent gives herself challenges. She is currently training for the Boston Marathon. But she also knows that exercise is not enough to keep the weight off. "I know I have issues with food, so I will always have to pay attention to what I eat. If I don't count my calories, I will go back to the way I was. I measure my food. I weigh it. For me, it's liberating."

Play the field in your new confidence

"Oh, I've experienced the gamut," Ms. Vincent says, when asked about her romantic life as a thinner person. "I've had [marriage]proposals. I've dated losers. … [But]I think the attention is all because I feel better about myself. When you walk into a room at 234 pounds, you're defensive because you're sure that people are judging you."

Believe in signs from above

Ms. Vincent talks often about "collecting evidence" for what she wants to believe. When she was overweight, she "collected evidence" from her surroundings for why she didn't deserve to be happy. But as she found her motivation, she began to look for signs that would bolster her resolve.

Case in point: One day she was having sushi with a friend in Phoenix, and they started talking about condos. Ms. Vincent had paid off her debts with some of the $250,000 (U.S.) prize money from The Biggest Loser but had been thinking about buying a property - her first. Her friend happened to mention a condo she wanted to sell, so Ms. Vincent decided to go and look at it. The number of the condo unit was 122 - the exact weight she was when she won the contest. "My life is blessed," she concludes. "That was supposed to me my condo." So she bought it. 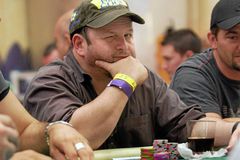 Follow Sarah Hampson on Twitter @Hampsonwrites
Report an error
Due to technical reasons, we have temporarily removed commenting from our articles. We hope to have this fixed soon. Thank you for your patience. If you are looking to give feedback on our new site, please send it along to feedback@globeandmail.com. If you want to write a letter to the editor, please forward to letters@globeandmail.com.
Comments are closed