When the lease ran out at cheese maker Ruth Klahsen's Monforte dairy, she was faced with the prospect of never making her artisanal cheese again.

With no money to invest in her business, she found herself eligible for neither government funds nor bank loans. It looked as though she might have to call it quits – which would have left such fans as Toronto chef Jamie Kennedy without the cheeses she makes by hand from sheep's and goat's milk raised primarily by Amish and Mennonite shepherds.

Then she had an unconventional idea: She would go to her cheese-eating public and ask them for money to help build a new dairy.

Her Ontario company offered subscriptions to customers: If they gave her $500 up front, she would pay them back with cheese – $150 worth annually for five years.

Monforte's creative fundraising scheme is just one example of how Canadian food artisans are eschewing mainstream business models to find new ways to support their craft. And they're finding a receptive audience for their creative financing ventures.

On a farm near Picton, Ont., husband and wife team Vicki Emlaw and Tim Noxon have launched a new way of selling their produce this season. They are offering their customers Vicki's Veggie Bucks – coupons that can be traded for vegetables during the harvest season at both their farm stand and at the farmers' markets they attend.

"In farming, there is no cash flow in the wintertime," Mr. Noxon explains. "When the season ends in the fall, we have no cash until April."

For the past few decades, this problem had been addressed by the local food movement with the creation of Community Shared Agriculture (CSA), an arrangement whereby you pay the farmer a lump sum at the beginning of the season in return for a box of food every week. The CSA model is different from the way food is traditionally sold because it ensures farmers an income before they plant the crops, as opposed to paying them for the amount of food that is raised once it is picked.

While Ms. Emlaw and Mr. Noxon used to run a CSA plan, they decided to amend this advance-payment scheme because it demanded a lot of extra work, such as packing up boxes for each of their members and making deliveries every week.

As an incentive to attract buyers in the winter before their tomatoes were ripe and the couple had fresh food to sell, they offered a 10-to-15-per-cent discount for every $100 purchased. Already, Mr. Noxon says, they have sold more money's worth of Veggie Bucks at this point in the season than they would have sold in CSA memberships in the past.

Local Canadian food producers and processors are similarly experimenting with alternative ways of operating. In Sherbrooke, Que., a microbrewery called Boquébière, known for its maple-syrup and honey-flavoured beers made from locally grown ingredients, pays some of the people they do business with in beer.

"They are happy with what we do," says one of the owners, Michael Parent. "They like our beer and they understand what we are doing when we buy locally."

One reason people accept beer instead of money, he says, is because the microbrewery is part of a social movement that is rooted in its community.

A similar connection to community also has inspired retailers of local food. The Creemore 100 Mile Store in Southern Ontario opened with its community's support – literally. The owners, Jacquie Durnford and Sandra Lackie, had an idea to start a grocery store that sold only locally produced food, but they had no capital to invest. So they wrote a business plan and then threw a party on a farm and invited a bunch of women they thought might be interested in investing in their idea. That night, 17 people gave them $1,000 each that Ms. Durnford and Ms. Lackie promised to pay back in five years with annual interest payments.

They went on to raise $47,000 this way and were able to open the store in 2008, one month after the initial party. They used the money to purchase the equipment they needed to open the store, such as fridges and freezers. Today, they run a full-service grocery store that carries meat, vegetables, grains and dairy.

"I've never been thanked so much for doing a business," Ms. Durnford says. "It's great."

Editor's note: The original version of this article wrongly indicated the amount of money Monforte Dairy Company raised through its cheese subscription offer. This version has been corrected. 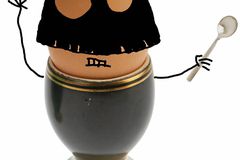