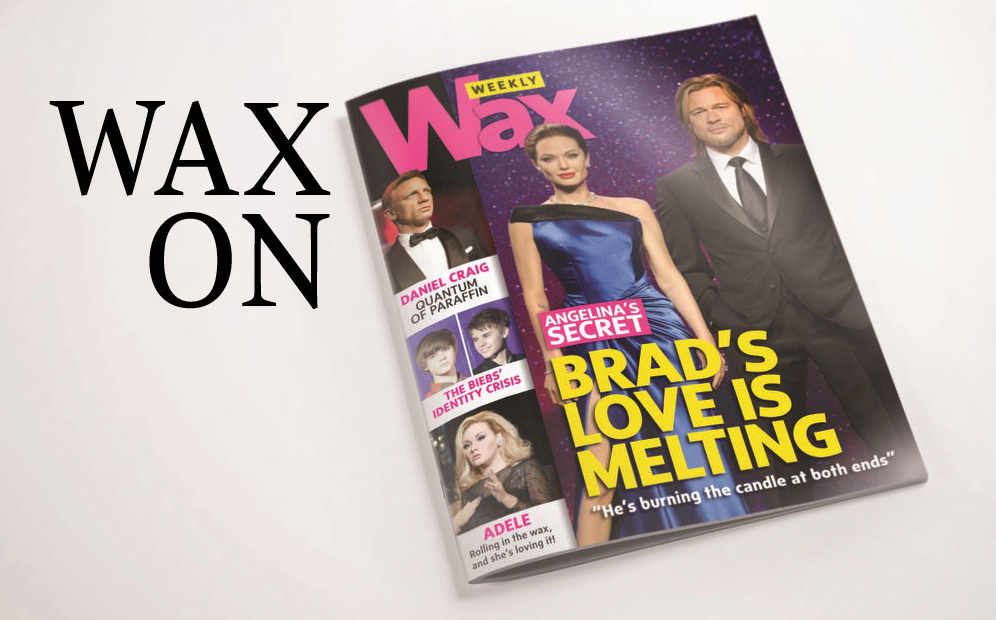 In an age of insatiable appetite for celebrity (and limited options for real contact with it) museums like Madame Tussauds are more popular than ever. Kate Taylor examines the enduring allure of getting up close with sculpted stars

If you visit Madame Tussauds on a busy day – and most days are busy at the popular London waxworks collection – you may miss one of the star attractions. In the first exhibit, the so-called A-list party room, you can take a selfie with Colin Firth or Helen Mirren, link arms with Kate Winslet or Johnny Depp and cozy up to Bruce Willis or Sean Connery. But surely someone’s absent? When the crowd in one corner of the room finally thins out a bit, you’ll spot what you missed: There are Brad Pitt and Angelina Jolie, all but concealed by a throng of fascinated fans.

By the mid-19th century, British political commentators were already noting that the famous and powerful were vying to be represented in wax at Madame Tussauds, then located in the Baker Street Bazaar. In the days before newspaper photography, let alone HD television, the collection allowed common folk to see likenesses of the distant stars of a more hierarchical age. Now, in a time of ubiquitous photography and Instagramming celebrities, Madame Tussauds remains a powerful measure of fame: Entertainment news this spring included multiple images of Mad Men actor Jon Hamm posing with his new wax doppelganger at Madame Tussauds’ New York branch.

You might have thought that the gossipy Twitter feeds, paparazzi glossies and video cameras in every phone would have obliterated the public appetite for goggling at mere reproductions of fame. But paradoxically, more people than ever are visiting Madame Tussauds waxworks around the world. 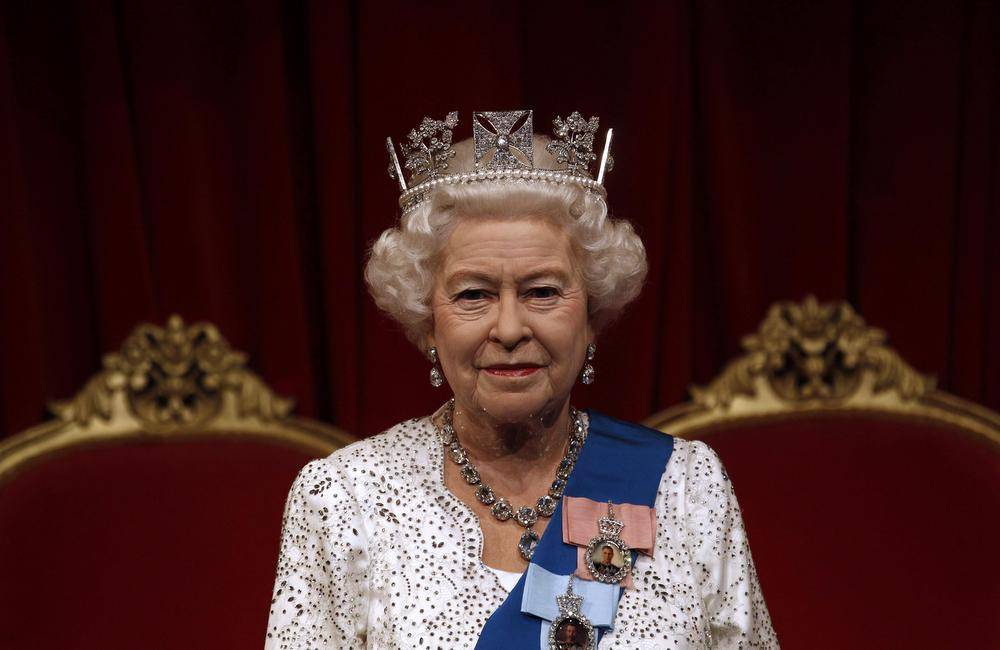 When I first visited Madame Tussauds in London’s Marylebone Road as a child (back when the attraction still had its apostrophe), it was a half-empty and rather dusty collection of British pop stars, members of the royal family and various historical figures – none of whom I was permitted to touch.

It was the kind of place only a naive schoolgirl could love, and I took home a poster of Henry VIII. Today, adults and children are lining the block to get in, not only in London but in more than a dozen other international capitals where Tussauds’ parent company, Merlin Entertainments, has been busily opening branches.

Part of the attraction’s current success is due to Merlin’s aggressive expansion and marketing since it bought 80 per cent of the Tussauds Group in 2007 for $1.9-billion.

But Merlin is also banking on the public’s seemingly insatiable appetite for cozying up to celebrities. One of the most significant changes Madame Tussauds has made since the 1980s is taking down the velvet ropes and glass cases that once protected the figures.

The dioramas that are sometimes used in lesser collections such as those in Niagara Falls, Ont., are gone from the higher-end Madame Tussauds. All visitors want to do today is take pictures of themselves with the figures, and close contact is permitted. 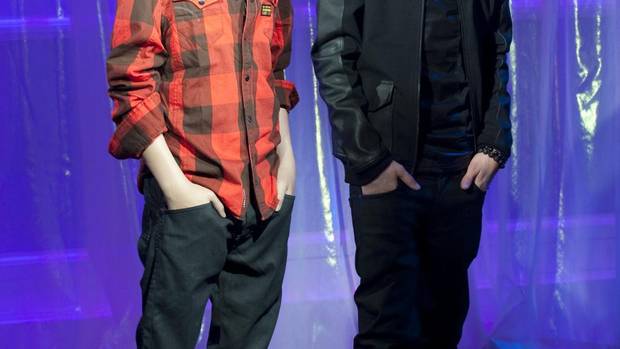 Notoriously, so many people were touching the Justin Bieber figure at the New York branch that it had to be removed because its clothes were falling apart, and staff could not keep it intact.

Marie Antoinette has sometimes been identified as history’s first modern celebrity, a royal who achieved fame without political responsibility. She and Louis XVI could have escaped revolutionary France with their lives had she not drawn attention to the royal party by insisting on travelling in a large, slow carriage with several servants on the infamous flight to Varennes.

Of course, in the era before photography, few of her husband’s subjects would have recognized her face. But a few might have seen her likeness in a cabinet de cire of the kind produced by Philippe Curtius, the Swiss doctor who taught the young Marie Grosholtz her trade, eventually bequeathing to her his collection. Under her married name of Tussaud, she built up an attraction where the public could gawk at a scene of the French royal family at dinner. Today, figures of Marie Antoinette, Louis XVI and the Dauphin, based on originals by Tussaud herself (who had met the royal family when she worked as an art teacher to the king’s sister) can still be seen in the London collection.

During the French Revolution, Tussaud was notoriously forced to make bloody heads and death masks of her former aristocratic subjects so that the revolutionaries could exhibit them to the crowds. In 1802, she moved herself and her waxworks to England, where those masks, as well as other grisly souvenirs of the revolution, formed the basis for what became known as the Chamber of Horrors. It’s a display of criminals and ghouls that you can visit – or bypass – to this day. 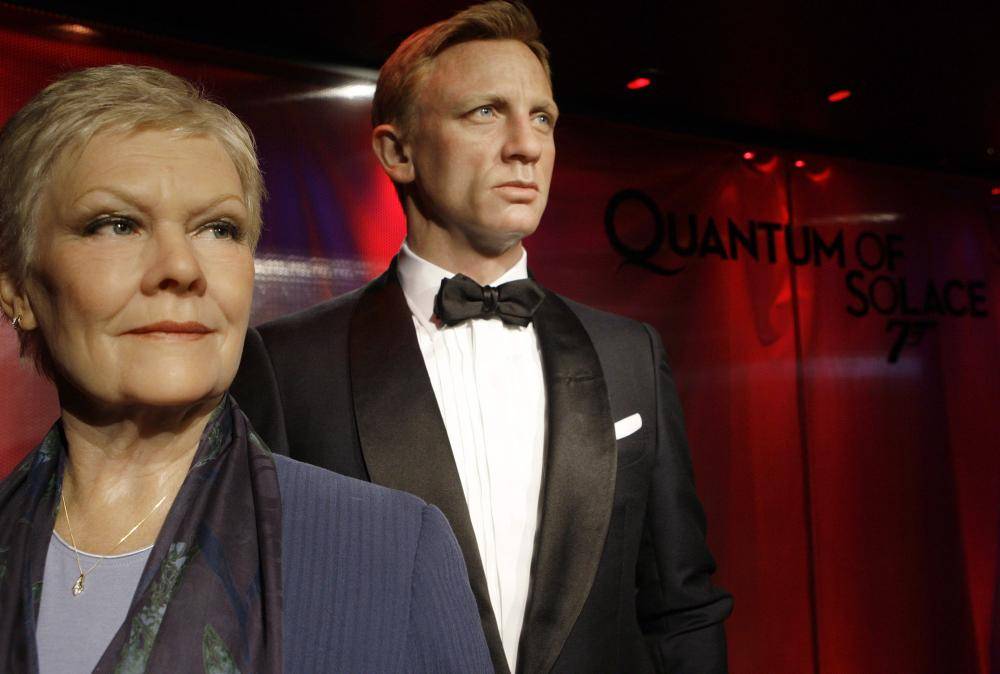 While the spectacle of violence was very much part of Marie Tussauds’ original attraction, today it is celebrity that rules. Visitors pose with their heroes – of the political figures, Barack Obama is the current favourite, and Gandhi is a perennial draw – but they also seem to seek out people whose style they ape or who they actually resemble. There are no shortage of dudes with pony tails or goatees getting their girlfriends to snap their pictures with Depp while the more conventionally suave pose with Daniel Craig’s 007.

And that gamine young thing sitting down beside Holly Golightly from Breakfast At Tiffany’s? Surely her parents have told her she looks just like Audrey Hepburn.

Golightly, 007 and a selection of film characters notwithstanding, most of the Hollywood types at Madame Tussauds are depicted as themselves – as Jolie, not Lara Croft; as Depp, not Jack Sparrow. It is not their artistic prowess so much as their inflated currency as movie stars that visitors are seeking.

That is what makes the dioramas of famous film moments at the Movieland waxworks in Niagara Falls feel rather dead. And the Marvel superheroes section at Madame Tussauds feels unnecessary – there is no thrill when you stand in front of a three-dimensional model of Spider-Man or The Hulk. Visitors are looking for the real thing, so to speak. 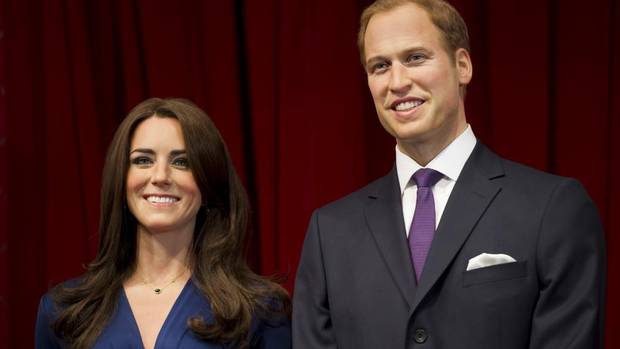 In a culture that often mistakes celebrity for artistic talent or moral worth, fame is a kind of magic fairy dust. Offered an up-close opportunity that few of us have with actual movie stars, politicians, professional athletes and rock idols, visitors cuddle up to the waxworks as though some of that dust might rub off on them.

Fame, however, is fleeting, and Tussauds has to work very hard to keep up: At the London location this spring, you could snap your picture with anyone you wanted – except new figures of the hot boy band One Direction. For that privilege, you had to line up and pay extra. Madame Tussauds curators, if we dare call them that, follow celebrity news attentively, and they poll visitors on who else they want to see depicted.

Still, it can take time for a celeb to fit a Tussauds sitting into a busy schedule, and up to six months for the wax artists to build figures based on hundreds of face and body measurements, with hair that is inserted strand by strand.

By the time three Biebers were unveiled in Amsterdam, London and New York in 2011, the real Bieber was moving beyond his teenybopper image: He had just cut his mop top and, he pointed out, was already taller than his “awesome” figure. Will anyone really be interested in a grown-up Bieber? Will Hamm still be the it guy when Mad Men has been off the air for a few seasons? Or will he be shuffled off to storage? 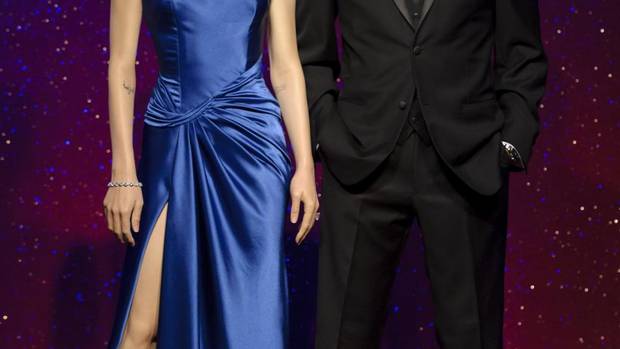 A visit to the lesser attractions in Niagara Falls makes the frailty of fame sadly apparent. Louis Tussaud’s (named for Marie Tussaud’s great-grandson, but now owned by Ripley’s and not related to its more famous rival) has recently added action star Jason Statham and wrestler John Cena, but the collection also boasts four Michael Jackson figures and, rather quaintly, Monica Lewinsky in her black beret.

Like the morning-after dregs of some dissipated party, these ghostly personalities stand blinking in the harsh light of the current moment. The fairy dust of last night’s love-in has long since blown away.