"Who better for you than the boy, huh?"

Drake, the Canadian rapper and apparent comedian, continued his world domination scheme with a lively, winning turn as the Saturday Night Live host and featured musical performer for its first show of 2014. Double-duty Drizzy started from the top (with a mixed-race monologue) and finished by gallantly hugging newbie cast member Sasheer Zamata first during the traditional post-show squeeze fest.

In December, SNL finished 2013 on a strong note: The heavily tweeted-upon episode, hosted by funnyman Jimmy Fallon and featuring the singing actor Justin Timberlake, was its highest rated episode in two years. Saturday's show wasn't nearly as memorable, but Drake was as strong, versatile and nimble as any musical host in the show's 39-season history, bar Timberlake (and bar mitzvah).

An opening sketch on dubious apologies included hilarious spoofs on the bridge-blocking New Jersey Governor Chris Christie, the egg-throwing stoner Justin Bieber and the steroid-addled baseball slugger Alex Rodriguez. The latter was portrayed by the former Degrassi actor Drake, who pursed his lips, rocked the first of many wigs and employed a subtle Latin accent while blaming his PED predicament on the text-messaging auto-correct function.

"A bagel with cream cheesy, with my boy his name is Weezy"

An assured and unwooden Drake began the show's monologue with an obligatory shout out to his hometown – "I grew up and still live in Toronto" – and added a crack about a city where "the rappers are polite and the mayor smokes crack." A flashback sequence drifted back to his Forest Hill bar mitzvah, where his half-and-half Jewish and black cultures clashed like lox and ripple. An excellent rap sported the stellar rhyme "I celebrate Hanukkah and date a Rihannakah."

Imitation is the sincerest form of Drakery

His annual OVO festivals in Toronto are famous for A-list guest stars, but on SNL Drake went solo, offering short (but hilarious) caricatures of Lil Wayne (as a gun-toting Urkel, from Family Matters) and the youngest Jay Z imaginable. The BET bit, "Hip Hop Classics: Before They Were Stars," riffed on Drake's two-year stint on Degrassi: The Next Generation. Later, on a marijuana-scaremongering sketch featuring an uproarious Noel Wells as HLN's Nancy Grace, Drake excelled in his wiggy portrayal of rapper-comedian Katt Williams.

Of course, the former Aubrey Drake Graham has gained the majority of his celebrity from his multiplatinum hip-hop career. As is the custom for musical guests, Drake appeared twice, beginning with hit single Started From the Bottom, which segued into Trophies. The stage was black, with Drake hazily bathed in red-tinged light for the minimalist medley. Later, on Hold On We're Going Home and From Time, the lighting was blue and so was the mood. Duetting with Jhene Aiko, Drake's singing was passable and sweet.

As a super-enthusiastic Disney World employee, Drake put the "amuse" in amusement park.

Much was made about new cast member Zamata, whose hiring was seen as SNL's correction of the lack of black female comedians on the NBC franchise over the years. Coming back from a commercial to the show's standard bye-bye and back-slapping conclusion, Drake had his arms around singer Aiko and a beaming Zamata. After embracing Zamata first – which was the right thing to do – the superstar rapper went to do the same with Aiko, but she had already turned away. It was an awkward moment, but, really, it was Drake's only one of the night. 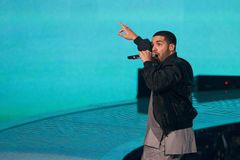 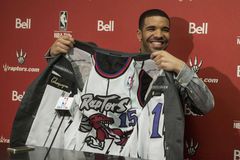 Drake’s birthday cake is charming (but a few things are missing)
October 24, 2013 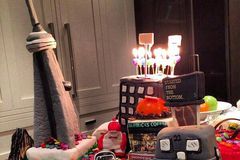 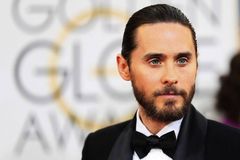 Kanye West, Drake stumble out of the gate on their solo tours, postpone dates
October 21, 2013 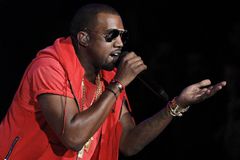 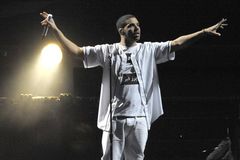