Reality TV stars may come and go, but a new study suggests true fame is enduring.

The research finds that people who achieve real celebrity remain famous for years, making frequent appearances in newspapers over periods of decades.

The work bucks the widely held notion that fame is ephemeral, a belief held both by average individuals and by those who study the sociology of fame.

Eran Shor is an assistant professor of sociology at McGill University and is one of the authors of the study, which is published in the American Sociological Review.

He and his co-authors used large collections of newspaper archives that spanned decades to study the issue, looking at people in sports and politics and the field where fame is thought to be most fleeting, entertainment.

They found that even a dead celebrity like the eccentric billionaire Howard Hughes continues to feature in news articles long after his death.

"The large, large, large majority of people who get famous stay famous. For a long time. How long, it depends on how famous they got. But years – not 15 minutes, not 15 hours, not 15 days, not 15 months even," Shor says.

"We're basically coming out and saying not only is fame not (fleeting), it's extremely sticky."

Shor undertook the work with two colleagues from Stony Brook University in Stony Brook, N.Y., along with a software engineer from Google.

This portion of their ongoing work looks at figures in entertainment.

From a list of tens of millions of names that appeared in the entertainment sections of more than 2,000 newspapers between 2004 and 2009, a random sample of 100,000 names was drawn.

Some of those names would have belonged to non-celebrities – people who garnered one or two mentions. Others would be minor or moderate celebrities and still others real stars.

The names were then analyzed to see which appeared most often, with the top 10 from the sample selected for study. And then those names were tracked – going both forward and backward in time – to see if people who were frequently written about one year had sustained fame.

Shor explains that these people aren't the most famous of the famous – another random selection of 100,000 names might have drawn up Brad Pitt, George Clooney or Jennifer Aniston. But of 100,000 names randomly drawn for this study, these 10 were the most frequently written about.

Four are Oscar winners (Foxx, Portman, Jones and Brody) and all are well known. Arguably none are among the super-elite of celebs, and yet their fame endures, Shor notes.

"Here's a group of people that are fairly famous, but perhaps not the most famous of them all – and all of them stick. All of them stay around from year to year. We know who they are, the papers keep writing about them, they stay in some kind of a celebrity (mode). They didn't go away."

Further, Shor and his colleagues found that 96 per cent of the people whose names were mentioned over 100 times in a year also written about at least three years before and would likely be written about in the next three years as well. 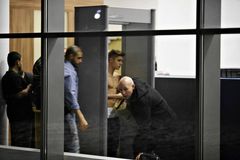 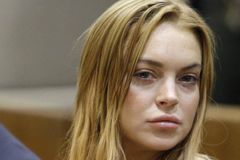