Fox threw a party for cast members and creators of its new fall shows, and for the TV critics assembled to see and assess them. We all knew that Glee would be a massive hit that year, a game-changer in the teen-drama genre. Part musical, part satire and all heart, it was gloriously good.

Fox had shown us the pilot episode at a previous gathering in January, and we had adored it. The network then quietly put the show into production and made a dozen more episodes before viewers or critics saw more of it. The pilot was sneak-previewed after the finale of American Idol in May, and the viewer reaction was ecstatic.

Now, Glee was finally going to air as a weekly series. Several Canadians featured in it. Montreal-native Jessalyn Gilsig played the tightly-wound wife of Will, the teacher who had inaugurated the Glee Club at the school's setting, McKinley High. Patrick Gallagher, from Chilliwack, B.C., played the snarling football coach.

But the Canadian with the substantial role was the unknown, Calgary-born, Victoria-based Cory Monteith. He was playing Finn Hudson, the football quarterback. Tall, handsome and the epitome of teenage male gruffness, Finn is basically blackmailed into joining the glee club in the first episode. To his surprise, he likes musicals and enjoys performing. The jocks are shocked.

Monteith was the one I wanted to interview. He was at the party, chatting cheerfully, beer in hand, with other cast members. I didn't want to barge in, but a publicist from Global TV talked to someone from Fox who brought him over.

It seems in such contrast to the tragic events of this week. Then, the boyish-looking 27-year-old was grinning, giddy with excitement about the party, the interviews, the buzz about Glee. He acknowledged, right off, that he'd just made a huge leap for a young actor. Before Glee, his resumé largely consisted of one-episode roles on Stargate SG-1, Supernatural and Stargate: Atlantis.

"We all feel like we've been living in this bubble as the show was being made. And now it's about to burst wide open," he said, his eyes wide with amazement. He told me he could sing, but "it was never my thing, and now I'm doing song-and-dance routines. It was really hard to do the dances and grasp the choreography at first. A routine would take weeks. After doing 13 episodes, it took a couple of days."

He explained the haphazard route to being cast in the Finn role. "I sent them a tape from Vancouver that had no singing on it. Then they asked me to send one with singing. I had to figure out what to do, so I just sang that old REO Speedwagon song Can't Fight This Feeling. I also included a bit where I played the drums. I'm not a musician, but I wanted them to get the idea that I could do stuff, so I played the drums and pounded out some stuff, using Tupperware as a drum kit. That's how I got this role."

Although he was playing a quintessential high-school jock, he said, "that's just acting. I'm not a jock. I wasn't one in high school. I didn't have all these girls wanting to go out with me, like Finn does. I got rejected by girls."

Asked if it wasn't a little odd to be part of a show anchored in iconic American types and situations, he readily agreed. "There's nothing like the American high-school culture in Canada," he said. "There isn't the same hierarchy, with the cheerleaders, the jocks and all the others. It's what we see on TV or in movies. I'm in a fish-out-of-water situation here. But I love this show. It's amazing to be on a show that's this good and see the reaction to it, before it even starts airing."

Monteith said he developed a fondness for Finn, even if most of Finn's experiences were remote from his own. "There's a kind of square naiveté that Finn exhibits," he explained. "That's something that's part of me. And Finn is in a tricky position. Those jocks are not going to get over Finn going to glee club."

As we talked about the sheer, unadulterated American-ness of Glee, he pulled a big ring off a finger and showed it off. "I wouldn't have got this in Canada," he said, highly amused. "What is it?" I asked. "It's a high-school [grad] ring. They gave us rings as a gift at the wrap party for season one."

I let him get back to the party, but later, he saw me by the bar and came over to talk again. "Hey man," he said still grinning from ear to ear, but obviously a little awkward – shy about trying to start up our conversation again. "Gotta tell you, this is what they call "near-beer," he said, pointing to his bottle. "Not a real beer. I'm working. But this is a lot of fun."

I asked him if he thought that Glee could have the same impact in Canada as it does in the U.S. "Oh, we've all grown up with that picture of the States we get from TV and movies," he said. "It might have even more impact. And outside of Canada, where they have this bigger distance from the U.S., it might be even more powerful."

I also asked him if there might be any truth to the remark, made by a TV producer, that Hollywood casting equates Canadians with innocence and vulnerability. "Generally, it's true," he said. "It's a fair statement about how American TV and movies view us. But so what? One of the things I did to reach this character I'm playing is to reach back into my own childhood in Canada. Not high school, but childhood, I guess. The nice time."

And then he looked at that big ring on his finger again, and I knew he was about to tell me the high-school-ring story a second time. He did. He'd forgotten that I'd heard it before. He was still amazed by it, and obviously a bit amazed to be there. It was, I thought, a kind of Glee moment.

For Cory Monteith, the sweet, articulate, slightly awkward young man from Canada, it was a magical night. You could tell. He later added me as a friend on Facebook. And, not long after that hot August night in L.A., Glee became a worldwide hit, and other things happened.

It is a fact that many Glee fans will be severely affected by Cory Monteith's death. And their grief is authentic, not the sort of adolescent hysteria that sometimes surrounds the death of a pop star or teen idol. It's something utterly genuine, because Glee has always been powerfully attuned to the situation of the misfits and outcast characters who are the core of the show. It is a testament to the power of television that it could deliver so much warmth.

It's difficult to pinpoint what made Glee a phenomenon, but it's fair to say it has had great poignancy, even in the midst of its absurdist takes on high-school high jinks. That poignancy felt real and was not easily achieved.

Creating a weekly TV drama series is a delicate task. Even if the concept is fresh and good, finding a cast that can deliver powerful emotion is a major achievement. Glee succeeded in part because it hired unknown, believable actors, such as Monteith, in key roles. No actor who was already a star from TV or movies would have enabled Glee to be so powerful. The magic ingredient was unknown actors playing misfit characters.

They are all misfits, really. Monteith's character liked being both a jock and a guy doing musical numbers with the weird kids. Even the seemingly perfect high-school beauty, blonde Quinn Fabray (Dianna Argon), turned out to be a pregnant teenager who struggled to cope. Then there was the gay kid Kurt Hummel (Chris Colfer, who had zero TV experience before Glee), painfully coming out to his gruff dad. And Artie (Kevin McHale), the nerdy kid in the wheelchair. So many oddballs.

Glee has always offered a roadmap to high-school survival for misfits, doing it with grace and humour. It tells kids to never give up, never be dismayed by their own oddness. The show showers its audience with optimism, and not just a pointless, empty elation. It says that life is hard, but also absurd.

Now the kids who watch must deal with the death of an actor whose character embodied the unique spirit of Glee. That's absurdly hard to take in and our sympathy must go out to those who are struggling with it. It is the Glee way.

John Doyle is a television critic 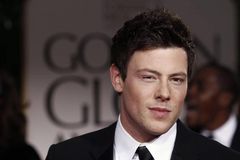 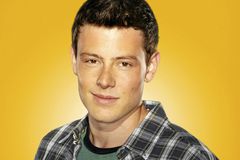