The Daily Show with Jon Stewart weighed in on the Rob Ford scandal. Now it's Samantha Bee's turn.

"Hey, hey, don't judge him," said Stewart on Tuesday night's edition of The Daily Show. "Maybe he's cleaning up the city ... by smoking all the crack in it."

Similarly snarky digs at Ford and Toronto were featured on the U.S. late-night talk shows Jimmy Kimmel Live! and The Tonight Show with Jay Leno.

But what does the Daily Show's resident Torontonian think about the story? Born and raised in Toronto, Bee reflected on the brewing Ford imbroglio in a recent e-mail interview.

Does the current Rob Ford situation make you grateful you're no longer living in Toronto?

Are you kidding? This makes me miss Toronto more than ever. This is the stuff dreams are made of…

How does Rob Ford stack up against the Toronto mayors you grew up with?

Don't forget that I came up in the era of the Bad Boy guy [former North York mayor Mel Lastman], so honestly, nothing surprises me.

Any tips on how Rob Ford might rescue his rapidly tarnishing image?

What he needs to do is create an even larger distraction. Get Stephen Harper embroiled in some national senate scandal or something. That might take the heat off him for 30 seconds or so. Oh wait, no. No, it wouldn't. 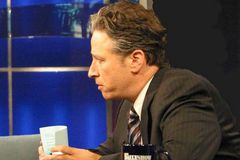 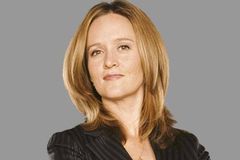 Hey, Jon Stewart, here's 10 things you should know about Canada
May 22, 2013
Follow us on Twitter @globeandmail Opens in a new window
Report an error Editorial code of conduct
Due to technical reasons, we have temporarily removed commenting from our articles. We hope to have this fixed soon. Thank you for your patience. If you are looking to give feedback on our new site, please send it along to feedback@globeandmail.com. If you want to write a letter to the editor, please forward to letters@globeandmail.com.
Comments are closed