You can feel the charm when you watch her operate in person, that Sarah Palin. You don't expect it, but it's there – the awkward mix of pseudo-authenticity and charisma, the smooth way with a room full of reporters, the way she just carries on, regardless.

Me, I was taken aback. She's practically my new bestie, now. Squeezed my hand, called me "honey," even stopped to squeeze my shoulder on her way out and thank me. We had a wee chat and a laugh.

Palin was here Friday for an early breakfast event to promote her new series on a fairly obscure channel, The Sportsman Channel, a thing called Amazing America With Sarah Palin. Introduced by a network executive as "The First lady Of The Outdoors," Palin took to the podium and gave it her best. The voice, the tone that goes up and down in odd squawks, is familiar, but it sure wakes you up in the morning when it's unleashed.

"The Sportsman Channel is so bold to ask me along," she said, with "bold" coming out in a squawk. "I'm gonna work to bust this network out!" she declared and even smiled as she heard a few titters. "You critics are gonna have a ball with me and this new show."

Then she went into her self-deprecating mode: A demeanour she's acquired, if it's real at all, from her political experience, her up and-down-career as a pundit on Fox News and the critical blasting of her TLC reality series, Sarah Palin's Alaska. "You know how much I love critics and the media," said a grinning Palin. "So a room full of television critics, I can't beat this combination for pleasure."

"I want you to come up there," she said. "That is the way that you can connect. So much of Alaska is what America used to be with a pioneering spirit. What our show is going to do is highlight the people, places and things that embody that American experience."

"I'm glad to be here 'cos I love critics," she repeated, grinning. "A room full of media and critics, how can I not love it?"

Okeydokey, we got it. Then she explained that the new series has her witnessing people doing stuff in Alaska and other northern places. Ice fishing, hunting, that sort of thing. Plus the Palin family dong those activities.

"I wanna invite you to come to Alaska and experience the real Americana. You can see us, unguarded, unchained, living that red, wild and blue America. Remember what built America? Expectation and work ethic. Our show is gonna highlight that American spirit we need more of!"

Then, aware she seemed to be inviting about 100 TV critics to Alaska, she warmed to the theme. "Just come on up. We'll host ya. Yeah, snowmobiling. Todd [her husband, who was in the room], he can put more moose chilli in the crockpot."

Then she declared that she wanted to see more women involved in outdoors activities – "I think this world would be better off having more young women holding a fish in a picture than holding their camera in front of a bathroom mirror, talking a selfie," she said.

The plan was to then have Palin sit briefly with critics at each breakfast table. She sat at one table for two minutes. But when she stood up, other reporters scrummed her. The scrum swelled. I approached and found myself beside an agitated Sportsman staffer. I suggested he move Palin to a nearby empty table and have her sit and hold a mini-press conference. I pointed to the table. He grabbed Palin's hand and pulled her forward, placing her beside me.

She looked at me, squeezed my hand, said "Thanks!" Then, "Where ya from, honey?" still squeezing my hand. I said, "Canada." Her eyes widened. "You based here?" she asked. Me: "No, in Canada." She gave me a mischievous look. "Oh, we're practically neighbours then," she said, directing a wide smile at me. "But I guess I shouldn't say that." I could tell she was enjoying herself.

Before the other critics grouped around us again, I blurted a question. "You seem to imply there's some kind of moral or spiritual quality to being an outdoors person. Is it because you mean in the north, in the cold, it's different? I ask because I'm from Canada."

Palin raised an arm to stop other reporters from crowding her and looked me in the eye. "That's a great question. Yes, I guess I do mean that. It's cold in the north, but if you're there, you got no choice. You gotta have courage, a strength to be outside and face that."

I asked, "You mean the cold, the north, gives people a moral fortitude?" She paused. "Yes, I guess I do. Moral fortitude. Thanks for saying that."

The moment was gone, then. Somebody got in a question about her reference to women and the outdoors. The Sportsman staffer pulled Palin away toward the door. I sat down as she left. Then she veered away from door, made a beeline for me and squeezed my shoulder. "Thanks," she said. "Thanks for a great question. 'Cos we're from the north. [pause] Eh?"

A gaggle of reporters stopped following her and stared at me. "Your new pal," one giggled.

No, but I got to see how this strange, polarizing woman operates. Someone else would have been utterly charmed, bought into it, believed her, wanted to vote for her. I could see it happening. 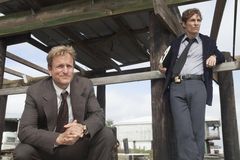 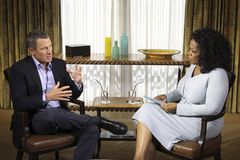 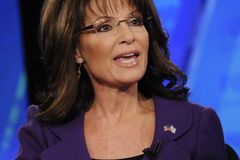 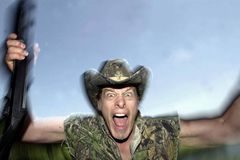