It's official: Justin Bieber is the new face – so to speak – for Calvin Klein.

People magazine reports on the Canadian pop star appearing opposite Dutch supermodel Lara Stone in a new advertising campaign for the fashion giant's line of designer jeans and underwear.

Calvin Klein made Bieber's involvement in the brand official in a gushing announcement released late Tuesday.

Photos for the new ad campaign were teased on social media Tuesday with the release of several photos in which Bieber's much-tattooed upper body was instantly recognizable to fans.

In one photo, Bieber appears solo and wears only his Calvin Klein boxer briefs while staring directly at the camera with a sullen expression.

In a separate six-second video for Calvin Klein, Bieber goes shirtless and faces away from the camera while demonstrating his not inconsiderable drumming skills. The brief spot closes with Bieber pulling Stone toward him in a torrid embrace.

The 20-year-old singer – who has become better known for his erratic behaviour including a DUI arrest this time last year and a misdemeanour vandalism arrest – was also quoted in the Calvin Klein release announcing the new campaign.

"This is the beginning of an exciting new year for me, personally and professionally, and being part of this campaign has been a fantastic opportunity and experience," said Bieber.

Of course, nobody is hugely surprised by Bieber's ascension to undie-model kingpin: Last summer, he posted an Instagram selfie prominently displaying the iconic Klein name.

And obviously, Calvin Klein isn't overly concerned about Bieber's bad-boy image tarnishing the brand; if anything, his rebel-without-a-cause rep has made him even more appealing to the company.

Way back in 1992, Calvin Klein launched an infamous campaign in which a baby-faced Mark Wahlberg – known at the time as rapper Marky Mark – posed shirtless with a very young model named Kate Moss.

More media fuss was made about the fact that Wahlberg had served a short jail stretch for assault than the fact that Moss was topless – and only 17 – at the time of the photo series shot by legendary fashion lensman Herb Ritts.

But does The Biebs have all bases covered? Yes, and then some.

On early Wednesday morning, Bieber went onto his Twitter account (@justinbieber, which is already bedecked with images from the Calvin campaign) to inform his 59-million followers with the tweet, "Just spoke to my boy @mark_wahlberg. Honored to be a part of the legacy."

The torch, or rather the boxers, has been passed on to the next generation.

Now it can be told: Jimmy Fallon once had a chance to date Nicole Kidman but he blew it. On Tuesday night's outing of The Tonight Show Starring Jimmy Fallon, the Australian-born Kidman showed up to promote her new film, Paddington, but during the course of their conversation she recalled an occasion more than a decade earlier when a friend attempted to set her up on a date with Fallon. Kidman revealed she went to his apartment but was decidedly unimpressed by Fallon's reaction to her being there. "You're there in a baseball cap and like – nothing. You wouldn't talk, you didn't say anything. You were like, 'Hey, mmmm, mmmm, mmmm…" Fallon responded by saying, "I didn't say, 'Mmmmm, mmmmm, mmmmm,' I was nervous!"

Anne Hathaway has some tips for upcoming Oscar host Neil Patrick Harris. In a recent interview with The New York Times, Hathaway – who was roundly scorned for her co-hosting job on the awards show with James Franco in 2011 – shared the advice she recently told Harris: "Do the opposite of what I did, and you'll be fine." In the same interview, Hathaway also said that she believes Harris will hold his own on the show. "He'll be great," predicted Hathaway. "He's a natural host."

Settle in for your first look at the new Ant-Man movie. Marvel has finally released the first trailer for the upcoming feature starring Paul Rudd as the comic-book hero the size of an ant but with the commensurate strength of a full-sized man. In the two-minute clip, Rudd is shown in the role of Scott Lang, a smalltime crook recruited by scientist Dr. Henry Pym (Michael Douglas) to "be the Ant-Man." The trailer, which can be seen here, also shows Canadian actress Evangeline Lilly in the role of Hope, Dr. Pym's daughter and Lang's love interest. 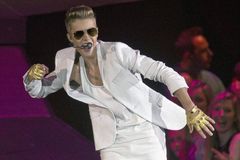 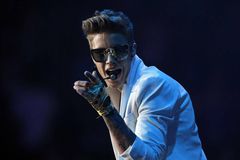