Don't expect Tina Fey to back off the Bill Cosby controversy while co-hosting this Sunday's Golden Globe Awards.

As reported by Entertainment Weekly, the former 30 Rock star did not hesitate this week when asked by Access Hollywood whether the ongoing allegations of sexual misconduct against Cosby would be fair comedy territory at the annual awards fete.

Of course, few people are surprised at Fey's willingness to take a shot at the Cosby comedy legacy. In one form or another, she's been doing it for years.

Just last month, Crushable pointed out that Cosby's alleged behaviour was previously factored into a 2009 episode of 30 Rock, of which Fey served also served as executive producer.

The plan falls apart when Jordan responds by saying, "Bill Cosby, you got a lotta nerve getting on the phone with me after what you did to my Aunt Paulette!"

When the Cosby impersonator suggests Jordan has him confused with someone else, he replies, "1971. Cincinnati. She was the cocktail waitress with the droopy eye!"

For that matter, the Fey vs. Cosby gauntlet was thrown down four years earlier.

Slate reports that way back in 2005, when Fey was still a cast member on Saturday Night Live, she was co-hosting the show's Weekend Update segment with Amy Poehler, with whom she'll also share hosting duties with on this weekend's Golden Globes broadcast.

On that occasion, Fey referenced a news story in which a California lawyer alleged that Cosby attempted to molest her three decades before, which leads into both Fey and Poehler doing respective broad impersonations of Cosby's unique speaking style.

The segment wraps with SNL player Kenan Thompson, who is still on the show (and also assumed the title role in the 2004 film Fat Albert, based on a character from Cosby's standup routine), bursting onto the Update set to announce, "I didn't say any of that, because Kenan Thompson loves to work!"

If you want to be truly happy in your marriage, find a spouse who is also your best friend. A new study commissioned by the National Bureau of Economic Research has concluded that married people are happier and more satisfied with their lives. After researching data from previous studies in the U.K. and U.S., researchers discovered that those people who consider their spouse or life-partner to be their best friend obtained roughly twice as much life satisfaction compared to single people, and even more so during stressful periods. The study also revealed that women benefitted more from being married to their best friend than men do, even though women were less likely to regard their spouse as a best friend. "What immediately intrigued me about the results was to rethink marriage as a whole," said study co-author John Helliwell. "Maybe what is really important is friendship, and to never forget that in the push and pull of daily life."

Remember that scene from Back to the Future 2 in which Michael J. Fox is astonished to discover that his new Nike high-top sneakers tie up all by themselves? It's soon to become a reality. In the original 1985 film, Fox's character Marty McFly has been transported to 2015 courtesy of a time-traveling DeLorean. Earlier this week, famed Nike designer Tinker Hatfield announced at the Agenda Emerge conference in Long Beach, California, that a real version of the self-tying shoe – called the Air MAG – will be available later this year. Hatfield also designed the shoe worn by Fox in the movie. "I don't even know if everyone at Nike realizes just how much demand there is for this shoe," said Matt Halfhill, publisher of the sneaker blog NiceKicks.com.

Mark down the date: Game of Thrones will return for its fifth season on April 12. HBO confirmed the date on Thursday and added that the comedies Veep and Silicon Valley will return on the same night. The return date for GoT comes a few days after HBO announced that the final two episodes of season four will play at select IMAX theatres across the U.S. between January 23 and January 29. 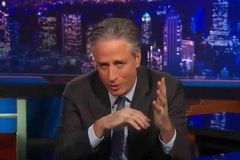 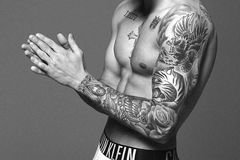 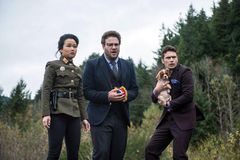