No one seems to have bumped into Lauren Bacall at the corner store in recent years, whereas every other comic with a Twitter feed can recall that one time he met Robin Williams.

Bacall's timely exit, at an advanced age after several decades out of the public eye, was the gracious death of an alluringly aloof grande dame. There is much to remember and celebrate but not much to lament. On the other hand, the public realization that Williams' kinetic and hyper-friendly persona masked a troubled man who had succumbed horribly to depression has triggered a social-media frenzy since his death was reported Monday.

There has been a flood of the predictable tributes and memories from both friends and fans, some of them touching, many of them banal, and a series of minor firestorms as commentators accused each other of posturing and insensitivity while journalists delivered many lectures on the ethics and etiquette of reporting suicides. By Tuesday, the online magazine Slate had published 10 rules for expressing grief on Twitter, which apparently did not reach the two trolls who sent Williams' daughter Zelda fake photos of his body, causing her to shut down her social-media accounts.

Of course, one of the differences between Bacall and Williams is simply their ages (89 and 63) and the generations to which they belonged. She was a creature of Hollywood's Golden Age during which information about stars was heavily controlled by studio publicists; he was young enough to have joined social media himself. @LaurenBacall_ is a parody Twitter handle with a feed full of those official portraits of Bogey and Bacall at home with dogs and children, rather reminiscent of photos of royals. @RobinWilliams is a real account from which the comedian last tweeted on July 31, sending birthday greetings to 25-year-old Zelda and linking to an Instagram picture of himself with his daughter as a baby.

But also Williams' death is the kind of premature and messy departure that requires more mourning. And increasingly we do our mourning on social media, whether that means updating our Facebook status to inform a couple of hundred friends, acquaintances and colleagues that dear old Dad died last night, or tweeting out fond movie memories after the death of a celebrity we never met.

The mourning of public figures seems to exaggerate the best and worst characteristics of grief; it can bring a community together to acknowledge what it prizes (Williams' talent, generosity, humour) or divide it into a game of competitive hem-touching ("I met him once only but…") This week's lamentations, exhortations and minor memories are all rather familiar from the overdose death of actor Philip Seymour Hoffman last February.

And when it comes to mourning these celebrities, Twitter – originally invented so that Justin Bieber could convince millions of teenage girls that he was speaking personally to them – is your biggest and gaudiest cathedral. It is a place where the private and the public are easily (and often purposely) confused, and where our most casual watercooler chatter may be broadcast as though it were the greatest discourse.

Giving social media opportunities to grieve seems to amplify it as much as it vents it, as everyone joins in with their tweets and posts whether or not they have much to say. These days, Zelda will probably find more comfort in the face-to-face than in Facebook. 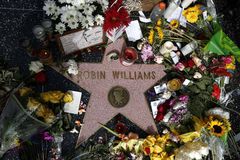 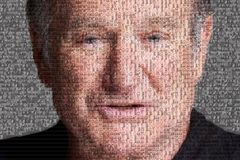 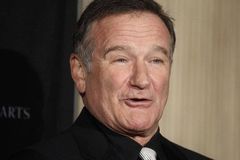 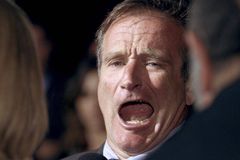