The reveal could not have been more Hollywood. Famed photographer-to-the-stars Annie Leibovitz was called in for what has been described as the “watershed” shoot. And iconic and glam her subject was in her satiny white undergarment – part Playboy bunny style, part fifties-era Marilyn Monroe – on the cover of the July issue of Vanity Fair, revealed Monday. Caitlyn Jenner, once known as Bruce, the 65-year-old former athlete who won Olympic Gold in the men’s decathlon at the 1976 Olympics, was camera ready to face a judgmental world. 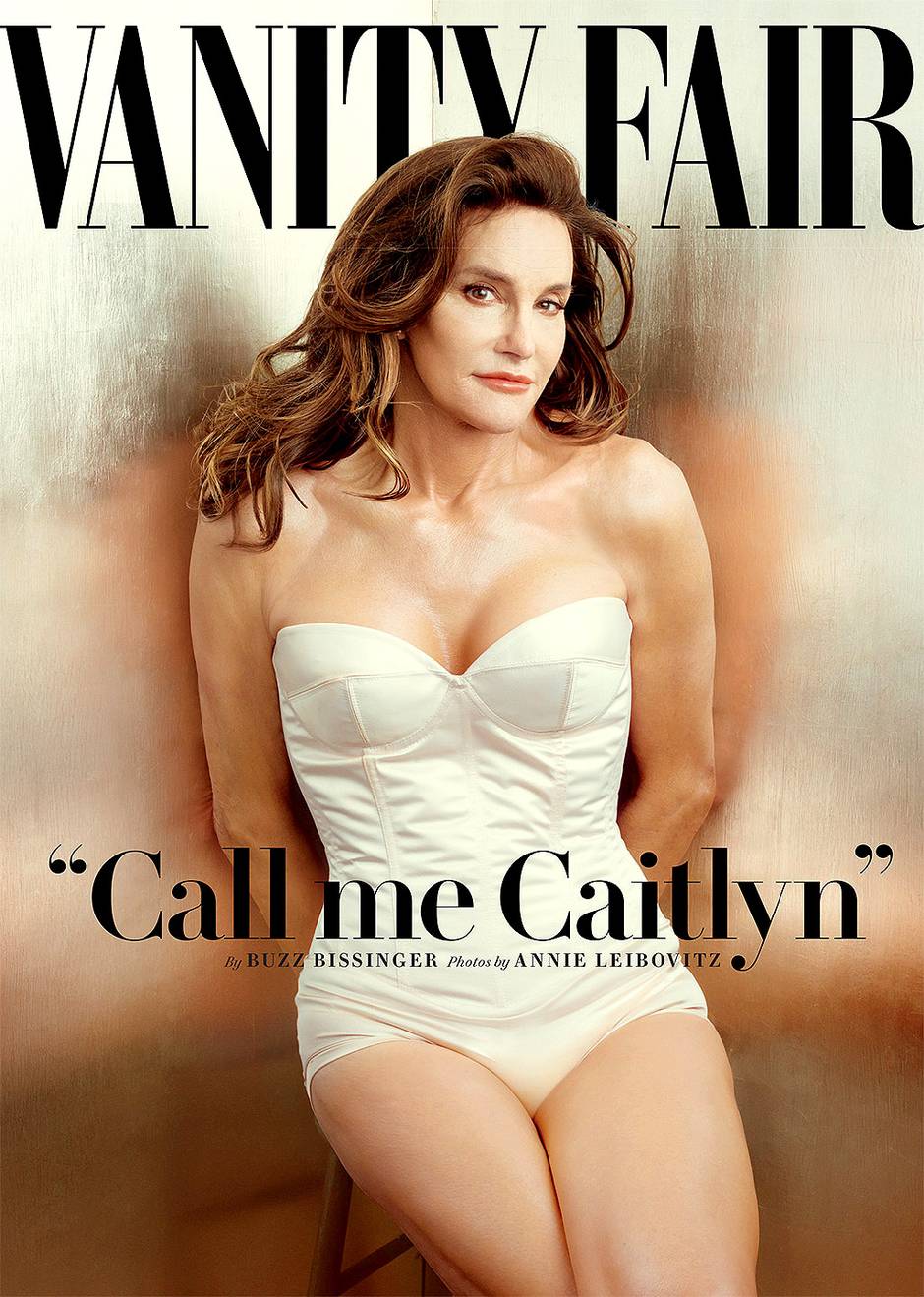 The first thing I thought was that her arms were firm and her shoulders shapely. Oh, and her thighs looked terrific, too. Transgender women perhaps don’t suffer from the wobbly-upper-arm syndrome that most middle-aged people who are born as women do. And what woman wouldn’t want those sleek thighs? She wasn’t just setting a standard for trans women of beauty and femininity – known as “passing” in the trans community – she was creating a new expectation for middle-aged women everywhere. This is what 65 looks like? Wow, get thee to a hair colourist and trainer. Now a trans woman can make someone born female feel inadequate as an example of femininity. Great. More competition to measure yourself against.

US magazine declared her “beautiful.” USA Today said that “she looks like an attractive middle-aged woman.” Her Twitter feed, launched Monday, hit one million followers faster than Barack Obama’s did when he launched @POTUS. It was announced that Caitlyn – which means “pure” and was reportedly the name she always admired – would receive the Arthur Ashe Award for Courage at this year’s ESPY Awards in July.

This judgment of appearance for trans women points to the enduring patriarchy (and misogyny) of the culture at large, many in the trans community say. And it demonstrates why male-to-female trans people suffer far more derision and abuse. “We are used to interrogating or investigating femininity,” said Charlotte McKane,19-year-old student who identifies as "anything from butch to transmasculine" at Mount Holyoke College, an all-women’s institution in the United States, which recently changed its admissions policy to admit women, trans women and trans men. “A trans woman is bound to be harassed. The experience of trans women is a hyperexperience of womanhood. Everyone is going to judge how you look.”

Not all trans women are as fortunate as Jenner. She has been able to afford facial feminization surgery. Leibovitz clearly knows how to pose her. On the cover, her hands are tucked behind her back, perhaps because they are large and masculine-looking. The professional makeup and hairstyling help. The clothes are fab.

Caitlyn’s reveal is commendable and courageous – no question. “If I was lying on my deathbed and I had kept this secret and never did anything about it, I would be lying there saying. ‘You just blew your entire life. You never dealt with yourself,’” she is quoted in Vanity Fair. A lot of us avoid the reality of ourselves in ways that require far less courage. We remain in bad marriages, too afraid to leave when divorce is clearly what’s needed. We often fail to risk fulfilling our true passions. And who among us has not gone out of our way to avoid painful investigations into our psyche, our existential being?

In this way, trans people are in the vanguard of having the courage to live authentically – something many people purport to do. But it is not easy. Jenner has been the brunt of jokes. In March, at the iHeartRadio Music Awards, Jamie Foxx joked that Jenner would be doing “a his-and-her duet all by himself.”

Kristin Beck, formerly Christopher Beck, the first openly transgender person to have served as a U.S. Navy Seal, came out in November, 2013, writing a memoir, Warrior Princess, A U.S. Navy Seal’s Journey to Coming Out Transgender. Before she gave any hint of transitioning, she served for 20 years in the military, participating in many counterterrorism campaigns and winning several bravery awards. The CNN interview with her was hard to watch, if only because of the perceived negative judgment her appearance would encounter. Without the benefit of feminization facial surgery and professional makeup, she looked more like a drag queen or cross-dresser than a woman.

Such is the unfortunate reality of the strict binary rules our culture has about how gender should be presented.

Womanhood is a complicated thing with strong, social expectations around appearance and behaviour – more, I would argue, than men have to endure. Many trans people – those who “pass” well in the wider culture – experience an interesting shift in power and gain a valuable lesson in gender politics. Female-to-male trans people sometimes report feeling a greater sense of authority. They are taken more seriously. And the reverse – male to female – often experience a stripping away of what some call the “male privilege” they were born with. And they experience the uncharitable scrutiny that women endure about the way they look and act.

Welcome to the sisterhood, Caitlyn. We wish you luck.