Those trying to keep up with the Kardashians are gonna have to think big. As in, $85-million (U.S.) big. That's how much the sex-tape-participant-turned-reality-star-turned-famous-person is set to make with the new Kim Kardashian: Hollywood app, released just a few weeks ago. So I think we know the real winner of this game.

The free app has users playing house, er, mansion. "Create your own aspiring celebrity and rise to fame and fortune!" it says on iTunes. A brief video shows Kardashian's avatar and voiceover supporting a character's smart wardrobe choices ("I love that on you!"). Kardashian and the game developers profit from in-app purchases, which can be bought for as much as $99.99 for 175,000 virtual dollars (hence the flattery). Paths to getting famous include wearing the right clothes, hitting the right clubs and flirting with the right men.

TMZ calculated the $85-million figure based on projected revenue of $200-million this year, low costs and a source indicating that Kardashian will receive 45 per cent of the profit. Last year, pre-app, the 33-year-old raked in a measly $28-million. ABC reported it as the fifth-highest grossing app on Apple's App Store, and the second-most popular free app.

It's not the first game to offer players an escape from reality. Second Life was perhaps the first popular one to build up an entire world where players used real money to enhance their virtual lives. The Kardashian app itself is modelled after Glu Mobile's other game, Stardom. But it's clear the appeal here revolves around the cult of Kim. Jokes and references could, and probably do, point to who you think they point to. Kardashian didn't exactly have to let her imagination run wild: The avatar wears her massive wedding ring, refers to "Yeezus," and wears dresses recognizable as her own from recent red carpets.

Fans of the game acknowledge its vapidness, but don't believe they're defined by the game's morality, or lackthereof. "It allows you to have a dual life, while still incorporating things that you enjoy such as the gaming aspect, social media, love and relationships and career-building," said one 24-year-old entrepreneur.

It's easy to criticize the app: A winning in-game strategy does not appear to involve education, hard work or innovation. If young people were to model themselves after Kim Kardashian, would they start with a sex tape? A Playboy shoot? Would they learn that status revolves around expensive clothing and dating the right people? Or perhaps the values inherent in Kim Kardashian: Hollywood are no different than those of reality shows, shock jocks or Disney films.

Kardashian is not the creator of a shallow or materialistic culture. But she certainly is reaping its rewards.

The upcoming collaboration between Disney and Marvel explores new territory – literally. Big Hero 6, set in the subtly named San Fransokyo, is the first co-production between the two entertainment giants. It tells the story of a robotics prodigy and robot who are trying to escape an army of "micro-bots." The CG flick is due for a November release. Meanwhile a manga of the characters is being released next month in Japan.

It may not be the way Hillary Clinton wanted to "declare" an official presidential-run announcement, but it's too late now. Jon Stewart has done it for her. On Tuesday night's episode of The Daily Show, Stewart asked Clinton a few pertinent questions. "Would you like (your) office to have corners, or would you like it not to have corners?" a reference to the Oval Office, of course. The answer? "...the fewer corners, the better." Then: "Do you enjoy constant, non-stop criticism?" After meandering, she says yes. Finally, Stewart concludes: "It sounds like, if I may, you've declared already," to which the audience roared and cheered.

WHY HE DID IT

You may remember a little-known rapper cutting off his own penis before jumping off the second-storey of a North Hollywood building last April. He has now broken his silence about the incident. Andre Johnson, also known as Christ Bearer, says his dismembered organ "was the root of all my problems. My solution to the problem was the realization that sex is for mortals, and I am a god..." He admits he was on drugs, but denies they were behind the bizarre acts. "Now I'm a reborn man," he added. He said he was not "crazy," saying a psychologist had seen him and released him. "I was quickly okayed after they said I had all my marbles … the lights were on in the attic."

"Weird Al" Yankovic is garnering lots of buzz for parody videos being released this week as part of his #8days8videos campaign to launch his new album Mandatory Fun. Today's release, Foil, updates an overplayed tune with refreshingly new lyrics. In this overhaul of Lorde's Royals, we're somehow taken from a kitchen with shimmery blonde sidekicks to mind control and the "new world order." But for many fans, it's his song Word Crimes (a parody of Robin Thicke's Blurred Lines) that takes the cake, allowing listeners to dance to a great beat without the self-loathing that follows hearing the original's lyrics. 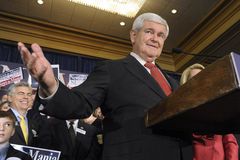 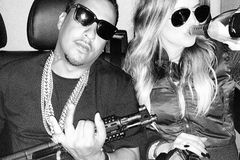