Get out the confetti and rice: Kim Kardashian and Kanye West have finally set a date for their wedding. The celebrity nuptials are slated to take place May 24 at an undisclosed venue in Paris. The date and location were confirmed this week by Kardashian during an interview with Ryan Seacrest on his syndicated radio program. "We're having a super, super small intimate wedding," insisted Kardashian. "As we go along, we're realizing we want it to be smaller and more intimate than people are imagining and thinking." Kardashian also said that her rapper beau is involved in planning the event, up to a point. "There's certain things where I'm like, 'I know you're going to hate the seating chart, so I'll take care of this,'" she said.

When Nicki Minaj shares photos with her fans, she really shares. The rapper posted several pictures of herself taking a shower to her Instagram account on Wednesday. In the pictures, Minaj is topless and makeup free with stringy wet hair. The photo set also included several shots of Minaj applying treatment to her tresses, which she explained later on a series of Twitter posts. "Sherika [my friend] sat there and let me relax my hair after 4 years … it takes too much time to do it. Too much blow drying. Not for texture. Just for time," tweeted Minaj.

TV veteran Geoff Edwards has moved on to that big game show in the sky. Best known for hosting the daytime gamer Jackpot, Edwards passed away in Santa Monica, Calif., on Wednesday at 83. The New Jersey native began his career in radio and later did double duty as an actor with guest roles on shows such as Petticoat Junction, I Dream of Jeannie and Diff'rent Strokes. Edwards found his TV niche in 1974 with Jackpot and thereafter fronted the game shows Chain Reaction, The New Treasure Hunt, Starcade and Play the Percentages. To many viewers, Edwards is remembered for his catchphrase "Right you are!" which he often exclaimed when a game-show contestant gave the correct answer.

The first trailer for the new film version of Annie has surfaced. Beasts of the Southern Wild star Quvenzhané Wallis plays the spirited orphan in the remake, which takes place in present day and co-stars Oscar-winner Jamie Foxx as the magnanimous millionaire Daddy Warbucks (renamed Benjamin Stacks in this version). In the trailer, Annie wears a backpack and resides in Harlem and is drawn into the campaign by Stacks to become mayor of New York. The trailer also reveals that Annie still has a dog named Sandy – but the pooch is played by a different breed. Annie is currently slated for theatrical release on Dec. 19, 2014.

Stop the presses: Lindsay Lohan has actually taken on an acting job. The famously temperamental actor will appear in an upcoming episode of the hit sitcom 2 Broke Girls in a role seemingly custom-made for her: Lohan will play a tightly wound bride-to-be named Claire who reaches out to waitresses/cupcake entrepreneurs Max (Kat Dennings) and Caroline (Beth Behrs) for help in planning her wedding. The problem: Claire can't make a decision to save her life. The episode airs on CBS on April 14, while Lohan's new reality series Lindsay debuts on the OWN network on March 9.

How scary was Angelina Jolie as the titular villain in the new movie Maleficent? She actually frightened the wits out of her own children. The actress says she wanted an honest reaction to wearing the makeup and costume of Sleeping Beauty's evil nemesis, so she tried it out on her five-year-old daughter Vivienne (who also appears in the film) and her five other children: Maddox, 12, Pax, 10, Zahara, 9, Shiloh, 7 and Viv's twin brother, Knox. "When Pax saw me for the first time, he ran away and got upset – and I thought he was kidding, so I was pretending to chase him until I actually found him crying," Jolie said. "I had to take off pieces [of the makeup] in front of him to show him it was all fake and not freak him out so much." Maleficent opens in theatres on May 30.

Trailer Park Boys are in demand with new episodes – this time on Netflix
March 6, 2014 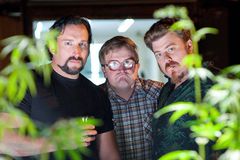 Eleven questions for the reporter who asked Mindy Kaling what colour of men she likes
March 5, 2014 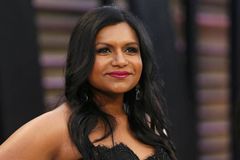 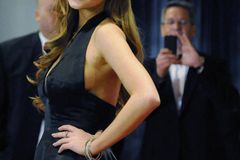 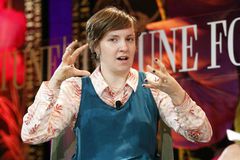 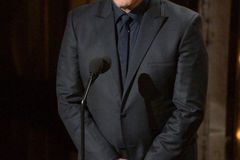 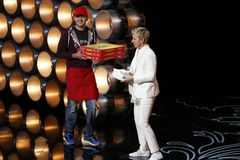