The Bachelor will remain the bachelor for the time being. Spoiler alert: ABC's love-connection reality series wrapped on Monday night without handsome Juan Pablo Galavis proposing to either of the young women selected for the finale. In the closing show of an eventful season, hairstylist Claire Crawley reiterated her undying love for Galavis that she's been expressing since the first episode, while pediatric nurse Nikki Ferrell said she just wants to be a mom. In the final tally, Juan Pablo sent Claire home (she was not pleased) and presented his final rose to Nikki – but that rose didn't come with a marriage proposal. Said Juan Pablo: "I'm not 100-per-cent sure I want to propose to you, but at the same time I'm 100-per-cent sure that I don't want to let you go. I like you a lot. A lot."

The late Crocodile Hunter Steve Irwin's final words have been revealed by his former cameraman and friend. Eight years after Irwin's death in Queensland, Australia, from a stingray attack, cameraman Justin Lyons finally talked about the reality star's death during an interview with the Australian TV program Studio 10. Lyons recounted how he didn't suspect anything was amiss when Irwin first came into contact with a stingray in shallow water. "It wasn't until I panned the camera back, that Steve was standing in a huge pool of blood, that I realized something was wrong." An autopsy later revealed that Irwin's heart had been punctured by one of the stingray's barbs and Lyons became emotional when recalling his friend's final moments: "We're saying to him things like, 'Think of your kids, Steve. Hang on, hang on, hang on.' And he just sort of calmly looked up at me and said, 'I'm dying.' And that was the last thing he said."

Jimmy Fallon keeps getting cheekier with each new outing of The Tonight Show Starring Jimmy Fallon. On Monday night, Fallon welcomed actor Jon Hamm, but not just to talk about the upcoming final season of Mad Men. Fallon convinced Hamm to accompany him to the observation deck on top of the Rockefeller Center, where the duo proceeded to photo-bomb tourists taking advantage of the location's panoramic view of New York. Among other setups, Fallon and Hamm chest-bumped each other and shared a foot-long submarine sandwich during the prank. The picture-takers and their subjects were eventually brought into the gag and everyone had a good laugh.

Bill Cosby has proven that you're never too old to dive into social media. The 76-year-old comedian uploaded his very first Instagram post Monday while attending the South By Southwest conference in Austin, Tex. With some technical assistance from Facebook techie Dustin Bramell, Cosby posted a short video in which he says, "I'd like to welcome you to my Instagram. As a matter of fact this is the first time I'm doing something that at my age is good for me."

Mad Men star Elisabeth Moss finally opens up about her short marriage to Saturday Night Live regular Fred Armisen. Moss and Armisen married in October, 2009, and filed for divorce the following September. "Looking back, I feel like I was really young and at the time I didn't think that I was that young," said Moss in an interview in the new issue of New York Magazine. But the 31-year-old actress says she learned from the experience. "I'm glad that it didn't happen when I was 50," said Moss. "I'm glad that I didn't have kids. And I got that out of the way. Hopefully. Like, that's probably not going to happen again."

It's official: Ke$ha is now Kesha. Fresh from rehab for an eating disorder, the 27-year-old Tik Tok singer has announced that she intends to use the dollar-free version for the remainder of her professional career. Kesha – real name: Kesha Rose Sebert – made the change official on Monday by changing her Twitter handle to @KeshaRose. Kesha also posted a picture of herself on the beach wearing a sweatshirt reading "Ima Survivor" along with the caption "Had to go play in the sand." 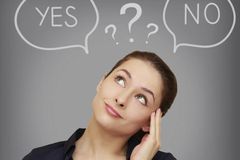 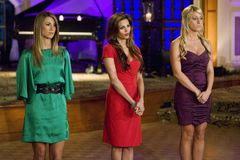 Now Trending: Carey Mulligan reveals how she destroyed her Prada gown at the Oscars
January 27, 2014 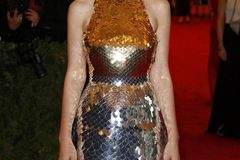