In today's corporate contrition news: Walmart has apologized for advertising "fat girl costumes" on its website.

As first reported by Jezebel, the retail giant has officially apologized to shoppers for its glaringly inappropriate description of Halloween costumes in the women's plus-size adult section.

The "fat girl" descriptor was initially noticed in California by online shopper Kristyn Washburn (@ItsWithaY), who addressed the matter by tweeting, "@Walmart, not sure labelling these as 'Fat Girl Costumes' is the best approach. #rude."

Walmart (@Walmart) responded to Washburn with the generic tweet, "@ItsWithaY Your comments and suggestions are important to us and help make Walmart even better. Thank you."

Soon after, Twitter user Kristin Secorsky (@KristinSecorsky) posted a screen-grab of the offensive descriptor with her tweet stating, "That is shameful @Walmart."

This time, Walmart responded by tweeting, "@KristinSecorsky This never should have been on our site. It is unacceptable, and we apologize. We worked quickly to remove this."

Along with the apology, Walmart removed the offensive section from its website.

But Walmart isn't the first retail chain to furiously backtrack after being busted on social media.

Just three weeks ago, Target was denounced for selling "sexist" baby pyjamas after a University of Waterloo professor posted a photograph of the items on Facebook.

On that occasion, Target responded by releasing a statement saying it "strives to treat all our guests with respect, and it is never our intent to offend anyone."

And while BrandsOnSale isn't in the same league as Walmart and Target, the California-based online retailer recently received online scorn for its "Sexy Ebola Containment Suit," which comes complete with a form-fitting nurse dress, breathing mask and hazmat face shield – all for $59.99 (U.S.).

Already dubbed "the most tasteless Halloween costume of the year" by Salon, the product description for the Sexy Ebola Suit says, "As the deadly Ebola virus trickles its way through the United States, fighting its disease is no reason to compromise style."

Saturday Night Live will bend its usual broadcast rules this weekend for an extended performance by Prince. Although most musical guests on the long-running NBC series perform two separate songs, Prince and his band 3rdeyegirl will instead provide viewers with an eight-minute-long uninterrupted jam session. This Saturday's edition of SNL will be hosted by Chris Rock, his first time helming the show in 18 years.

Benedict Cumberbatch will play comic-book hero Doctor Strange in a coming film. Best known for his run on the British series Sherlock and the film 12 Years a Slave, Cumberbatch will assume the cape of the magnanimous mystic who first appeared in Marvel Comics in 1963. As per the source material, the fictional character (real name Doctor Stephen Vincent Strange) in the film will be an earth-born neurosurgeon handed the lofty mantle of Sorcerer Supreme, who is tasked to protect Earth against magical and otherworldly threats. The film is expected to begin filming early next year. In recent months, Cumberbatch's name has been touted by Oscar-watchers for his performance in the fact-based film The Imitation Game.

Hold the phone: Did Taylor Swift just insult Katy Perry in a song? In the track Bad Blood, from Swift's new album 1989, the country star sings about a female "frenemy" and includes the lyrics, "Now we got problems/And I don't think we can solve them/You made a really deep cut." According to multiple sources, Swift and Perry were close friends until Perry reportedly poached several of Swift's backup dancers for her concert tour last summer. Perhaps the most telling diss by Swift: In the liner notes for 1989, the lyrics for Bad Blood are posted directly beside a random photograph of a Grammy Award. Swift has won seven Grammys in recent years, while Perry has none.

NBC has signed Neil Patrick Harris to host a weekly variety show. The former How I Met Your Mother star will helm the U.S. version of Saturday Night Takeaway, a popular program that has aired on British television since 2002. Harris, who will also host next year's Oscars ceremony, recently told Vulture that he was binge-watching the original series and was pumped for bringing the concept to American viewers. "Nothing like this has been done before, and its unique structure fits right into my random skill set. I can't wait to roll up my sleeves and have some fun."

Google has issued a heartfelt birthday greeting to Dr. Jonas Salk. On Tuesday, the eponymous search engine's Google Doodle honoured the 100th birthday of the scientist credited with creating the world's first effective polio vaccine. In the animated Doodle, a young girl holds up a sign stating, "Thank you, Dr. Salk!" while several children dance and run around with balloons. According to The Washington Post, in the two years before Salk's polio vaccine was made widely available, the average number of polio cases in the United States exceeded 45,000 a year. Within five years of the vaccine being made available, the annual number of cases had dropped to 910. 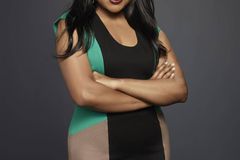 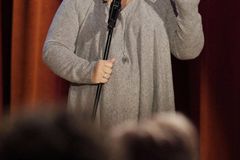 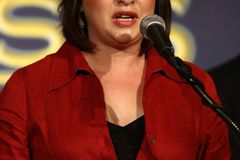