Filmmaker Woody Allen doesn't use a computer and he is said to be confused about what exactly Twitter is. And yet, his bitter family relations are, once again, proving to be a laboratory testing the limits of comment, gossip and media.

Twenty-two years later, the now-adult Dylan Farrow is repeating accusations that Allen, her adoptive father, molested her when she was seven years old – at a time when his relationship with her mother, actress Mia Farrow, had degenerated into an ugly custody dispute. In an open letter included in a blog posted on the New York Times website Saturday, she alleges that his regular behaviour toward her, separating her from her mother and siblings, putting his thumb in her mouth, encouraging her to climb under the covers with him or laying his head in her naked lap, had always made her uncomfortable. She accuses him of taking her into an attic of their house and sexually assaulting her on one occasion. Allen has responded through a spokesperson that the allegations are untrue and "disgraceful."

Dylan, who now lives under a different name in Florida, first repeated the accusation in a profile of her mother published in Vanity Fair in November. However, the accusation got little further media attention, in part because in the same article Mia Farrow speculated that Ronan Farrow, the one biological child she and Allen shared, might actually be the offspring of her former husband Frank Sinatra.

Then, as actress Diane Keaton accepted a lifetime achievement award on Allen's behalf at the Golden Globes last month, Mia and Ronan began tweeting increasingly blunt accusations that the award show was honouring a child molester. Documentarian Robert B. Weide came to Allen's defence last week in a long article posted on the Daily Beast, challenging misconceptions and misinformation about Allen and his relationship with Soon-Yi Previn, Farrow's adopted daughter, the 19-year-old for whom he left the actress in 1992. Dylan Farrow's open letter soon followed, providing yet further ammunition to the Internet gun battle now under way between those who vow never to watch Annie Hall again and those who think Mia Farrow is a fruitcake.

Back in 1992, the revelation that the 56-year-old Allen, a darling of the intelligentsia, was having an affair with his long-time girlfriend's teenage daughter and had photographed her naked, was a media watershed. As the Western world debated whether this relationship was just yucky or downright abusive, it was the moment the so-called "serious press" began following celebrity news with the same assiduity it followed stock markets and elections. Six years later, the Monica Lewinsky scandal forced respectable newspapers to begin reporting Internet rumours. Today, you add largely unfiltered social media to the mix, stand back and watch as concepts such as the presumption of innocence and libel law are blown to bits.

Mia Farrow first made the abuse allegation during the 1992 custody dispute but the authorities ruled there was not sufficient evidence to charge Allen. Dylan Farrow's renewed accusation puts reasonable observers in an impossible position. Anyone who reads her open letter could not doubt she believes that Allen abused her and no one would wish to do unto her what was done to the boys at Mount Cashel, Maple Leaf Gardens or many other a place where some trusted adults abused defenceless children and others insisted the children shut up. Clearly, she must feel Allen's continued lionization, including the Golden Globes honour, adds insult to injury.

And yet, if she still stands, as an adult, by the most painful memories of her childhood, she needs to be taking them to Allen or to the police – not to the New York Times. Anyone who has ever seen the horror unleashed by a bitterly contested divorce or custody battle, cannot help but also believe that no matter how irresponsibly self-indulgent Allen has always been – no caring parent would enter into a relationship with his young children's teenage sibling – the man has a right to be tried in a court of law not the court of Twitter. The Farrows need to make this a private family affair or a public legal battle. Making it a media scandal cannot serve any of them. 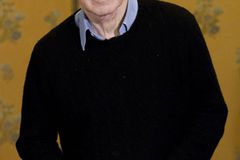