It's a simple story, as it should be.

Bombarded by alluring images of the American dream, you set out to find it. Then, just when you think you may have found it, you experience an is-that-all-there-is moment. The penny drops. It's all a charade, a vast illusion. Pursuit is a form of perpetual enslavement.

That, in essence, is the story of Joshua Fields Millburn and Ryan Nicodemus, two friends from Dayton, Ohio, both 31.

Three years ago, they had their epiphany. Their six-figure telecom salaries were not delivering on the promise of happiness. Material wealth, they discovered, did not translate into psychological health.

Resolving to jump off the consumption treadmill, they gradually shed the chains of bondage: homes, mortgages, other debts, televisions, gadgets, indeed most of the conventional trappings of success. They began to embrace a life that Thoreau, St. Francis, Gandhi and Schweitzer would have commended.

They call it minimalism, a lifestyle that, either by deliberate choice or recession-induced necessity, seems to be gaining social traction. Or regaining traction, since other societies – from Greek Epicureans to counterculture communes of the 1960s – have also experimented with voluntary simplicity.

Millburn and Nicodemus were inspired by more contemporary apostles, including Colin Wright, a 27-year-old American writer/adventurer who moves to a new country (dictated by his readers) every four months, and Leo Babauta, the San Francisco-based author of Zen Habits, one of the world's most popular websites.

These, and dozens of other writers, are ardent evangelists of the less-is-more lifestyle. Jettison the burdensome millstones of your life, they say, and you, too, can acquire sharper focus, enhance enjoyment and follow your true passions.

Although the precise number of minimalism's adherents is difficult to quantify, book sales and Web traffic suggest that its message is resonating. When Millburn and Nicodemus arrived in Toronto this week to promote their book, Minimalism: Live a Meaningful Life, an overflow crowd turned up to hear them speak. They claim to have sold more than 20,000 copies

Friends since grade school, both Millburn and Nicodemus, who are products of "classic dysfunctional divorced families," are doing more than lecturing. Walking the walk, they recently relocated from Dayton to a mountainside hut 130 kilometres from Missoula, Mont. There, they do mentoring and online teaching, and write a blog that now claims 100,000 monthly readers.

Nicodemus is also writing a new book, Unstuck, aimed at helping would-be minimalists extricate from the materialist rut. Millburn is working on what he calls a fictional memoir, and, "though I probably never read a book of fiction until I was 21," he is about to self-publish his first novel, As a Decade Fades. True to the minimalist impulse, he cut it to 300 pages from its original 950.

Even when he earned $150,000 a year, as director of operations for a 150-store retail network, he did not feel secure. "I'd achieved everything that was supposed to make us happy, nice suburban house, nice car. I literally had a white picket fence. Everyone said I had it 'figured out.' But I felt neither successful nor fulfilled. I felt anxious and stressed out."

There was, he concluded, something fundamentally wrong with the money-equals-contentment formula.

A key catalyst for his conversion to minimalist thinking was the death of his mother. Arranging for the storage of her belongings, he discovered four dusty boxes of his childhood memorabilia under her bed. "She wasn't using them. She was trying to hold on to a piece of me. But I wasn't in those boxes."

In the end, he disposed of her property, including the boxes, keeping only photographs, which he scanned. A few weeks later, he divorced his wife of six years. "I really hadn't focused on the things that were most important. I was working 70-to-80-hour weeks, 362 days a year. I wasn't present, either in the marriage or the rest of my life. I didn't hate the job, but everything else was diminished." His relationship with his ex-wife, he says, is better now than it had ever been.

Nicodemus, also divorced, was fighting his own demons, mainly drugs and alcohol. Kicking the habit, he concedes, was hard, "but adopting the minimalist lifestyle definitely helped."

He moved to minimalism in stages, first paying off debt, avoiding superfluous spending, getting off drugs. "I didn't just quit my job and start a blog," he says.

Ultimately, though, it involved relinquishing not just GPS devices and redundant cellphones, but the core identity that had sustained him: being a corporate executive.

Today, the overarching question Millburn and Nicodemus pose is, "Does this decision – to buy a new TV or a new sofa – add real value to my life."

"There's nothing inherently wrong with having things," Millburn says. "It's not about deprivation. It's about what's right for me."

(Both men own iPods and cellphones, and they share a Toyota Corolla.)

On the minimalist continuum, "monks and ascetics on one side and hoarders on the other, we're somewhere in the middle, but closer to the monks," Millburn says.

With minimalism, they say, has come a healthier lifestyle. Millburn says he lost 70 pounds through diet (no meat, bread or other sugars), and an 18-minute-a-day exercise regimen.

But if millions of North Americans embraced full-throttle minimalism, wouldn't the economy fall off a cliff? Millburn is skeptical. "You hear this message all the time – we have to stimulate the economy, which really means go out and buy more junk. That's fixing the problem by adding to the problem."

Rather than seeing minimalism as the be-all, Millburn and Nicodemus insist that it is just the tool that clears the path to a richer, if less cluttered, life. "Less is more, yes," Millburn says. "And more is sometimes less, an overindulgence. But for the more important things, love and relationships, more can also be more." 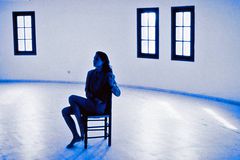 The secrets to throwing out your excess stuff
April 5, 2012 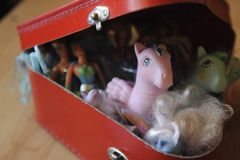 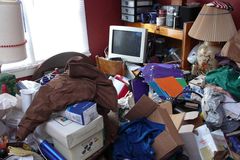