Kim Bailey stamped her feet and blew into her hands, trying to get warm. It was a surprisingly cold and blustery April morning, but her Doberman, Kiba, needed his first run of the day, so she bundled up and headed to her local dog park in Toronto. She watched with interest as a late-model SUV pulled up, witnessed the driver open the back hatch to let his Husky-mix out – off leash – and was shocked to see the man get back in the car. Bailey knew it was impossible for the driver to supervise his dog from the parking lot, so she leashed up Kiba and started heading home. Before leaving, the 42-year-old grandmother and professional nail artist tapped on the window of the SUV, and said, “I know it’s cold, but to be safe, you really should be in the park with your dog.” The driver’s response was loud, swift and indecent.

Bailey’s story is not unique. Dog parks are often overrun with rude pets, ill-informed owners and a misguided belief that “the dogs will work it out.” Ask responsible dog owners for their own “dog park horror story” and you’re sure to get an earful. Off-leash dogs barking in the face of on-leash pets, owners who refuse to keep tabs on their dogs, or worse, who refuse to step in when their pup behaves badly. Many dog owners have stopped going to dog parks altogether, or are careful to attend only during quieter times, avoiding the peak periods before 8:00 a.m., at lunch time and between 5:00 p.m. and 7:00 p.m.

However, the reality is that dog parks are a fixture of life for urban and suburban dogs. When attended by informed, responsible dog owners, they can be a wonderful addition to a dog’s social and mental needs. While the subject of appropriate dog park etiquette could fill a book, these five tips are the best way to help your dog park experience be fun and safe. 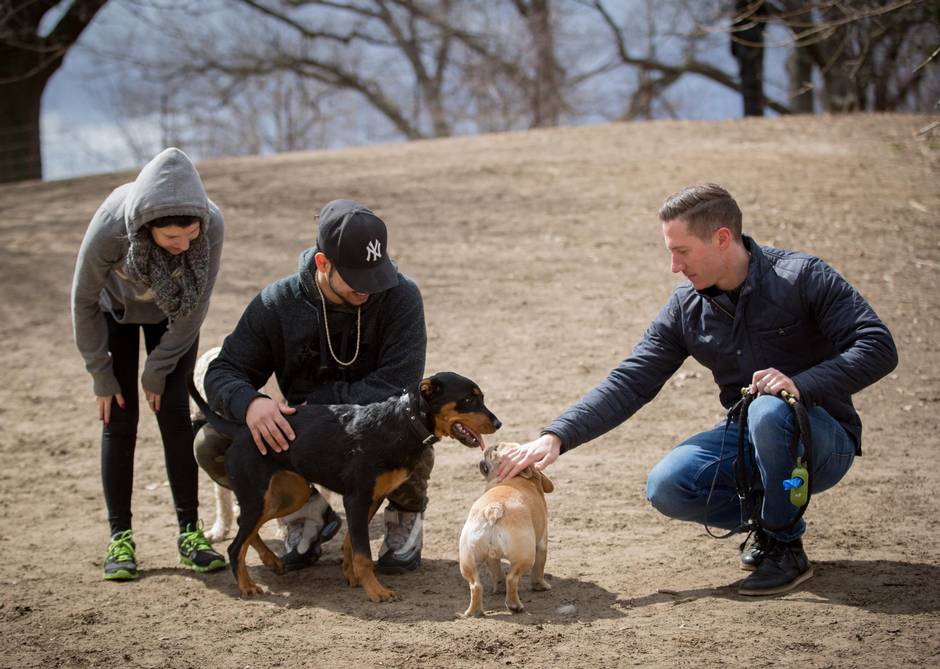 Michelle Adams, left, and Ahmet Duman introduce their dog Missy, a five-month-old Rottweiler, to French bulldog Ozzie and his owner Brent Wilkinson at the High Park dog park in Toronto. (Tim Fraser for The Globe and Mail)

Most owners come to the dog park, unleash their pet and immediately turn to their phones or chat with other dog owners. Dog play exists on a continuum, and what is safe and healthy play in one moment can easily turn nasty the next. At a casual glance, those two states don’t look all that different. The only way to catch the shift is by watching your dog at all times, to ensure his safety.

Don’t let your dog be rude to other dogs

As the owner, you are responsible for making sure your dog behaves in a mannerly, appropriate way toward the other dogs in the park. Mounting behaviour (humping) is rude. Step in, pull your dog off, and teach him that mounting is not allowed. Barking excessively? That’s annoying, not only to owners, but also to dogs. Give your pet a short timeout on leash to help him calm down. Learn the PLAYERS index (see sidebar below) to recognize the key signals of stress in dogs, so you can better evaluate the interactions your dog is having. And don’t just watch for stress signals in your own dog – you should also notice when your pup’s playmate isn’t having fun any more, so you can step in and redirect your dog to another friend. 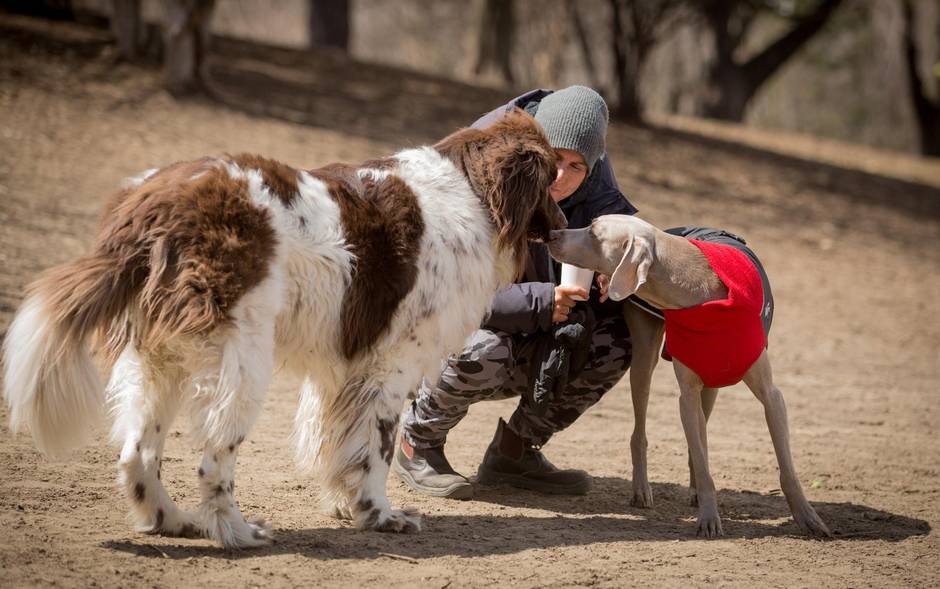 Vivienne Potter introduces her dog Trigger, right, to another dog at the High Park dog park in Toronto. (Tim Fraser for The Globe and Mail)

Don’t let your dog be rude to other people

Jumping up on people is rude. So is shoving wet noses into hands, pockets or nether regions. Just because a person owns a dog does not automatically mean that he or she will love your pooch, too – plenty of people are fine with small breeds but scared of big dogs, or get uneasy when there’s a boisterous, overly excited dog nearby. Be aware of your dog’s impact on others – you don’t want to be “That Guy” who can clear a park in a few minutes because your ill-mannered dog is ruining everyone else’s fun.

Dogs like to be near people. If the owners stand in a cluster, it creates a concentrated area of too many dogs in too small a space, which often ends poorly. By walking in a large, slow circle inside the dog park, everything will run more smoothly, fewer fights will break out, and you’ll get some exercise along with your pet.

This one shouldn’t need to be included, but sadly, the behaviour of many dog owners in public places indicates it needs addressing. You are not a special snowflake, exempt from the rules of society. Being able to take our dogs in public places is not a right, and in North America, dog owners are being subjected to increasingly strict laws about pets. Every time a dog owner breaks the law, it moves communities and governments one step closer to eliminating the privileges of dog owners everywhere. So be a responsible owner. Pick up after your dog. Keep your dog on leash, unless you are in a designated off-leash area. Don’t allow your dog to be a noise nuisance or invade the personal space of other people or pets. 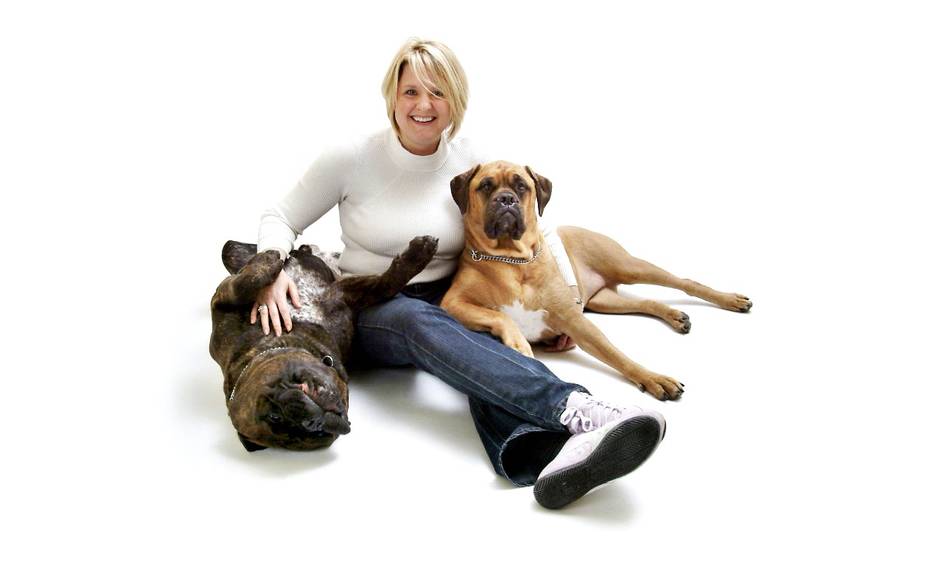 Watching your dog is only useful if you know what you’re seeing. Some “common” indicators of stress are unreliable, can be difficult for the average pet owner to read, and are easily misinterpreted. Many dog bite prevention resources provide far too many warning signs – one lists 38 signals. The PLAYERS index has stripped away almost all of the signs that are difficult to determine, and left only the ones that clearly indicate discomfort with a situation.

P is for paw

A dog who is uncertain of a situation, and deciding if he needs to run away, will often lift one paw. This is common with smaller dogs.

L is for licking

Either their lips, or their nether regions. Lip licking says to other dogs, “Hey, I’m a little uncomfortable.” Licking private parts is a displacement behaviour: a way of putting on blinders in an overwhelming situation. It’s why we’ve all seen a dog lie down in the centre of a crowded room, lift his leg and start self-grooming. It’s a coping mechanism for too much stimulus.

A is for away

Either looking or moving away. The dog is giving a clear signal that he would rather not interact right now. Help him out by showing you understand, and giving him a safe way to escape the situation.

Y is for yawn

A long, exaggerated yawn is a dog’s way of saying to other dogs, “I won’t bother you if you don’t bother me. I am not a threat, but I’m also not a pushover, so please don’t stir up any trouble with me.”

E is for eyes

“Whale eye,” where you can see the whites of a dog’s eyes (and often accompanies looking away), or “hard eyes,” where a dog will stare with a hard, focused glare. The dog is now considering whether to take action against the cause of his stress.

R is for rigid

A dog who is getting ready to take action – as in, “fight or flight” – will become very rigid, with stiffened muscles. The dog is getting very close to making a decision that will change his stress levels.

S is for scratching, or still

Scratching, like licking for self-grooming purposes, is also a displacement behaviour. Sometimes, an itch is just an itch, but scratching can mean your dog is feeling overwhelmed. Dogs who suddenly become very still are often at the end of their coping skills, and biting or bolting is a very possible next step.