This is the second story in a nine-part series on the emerging wave of new-generation technology that monitors our health and wellness. The first was on sleep monitors.

Life expectancy made significant gains in many countries around the world during the 20th century. A typical Canadian, for example, can now expect to live 81 years, a fair length better than the average of just 50 in 1900.

Some of those gains came from the statistical bump of lower infant mortality rates, but better medicine, illness diagnosis, prevention and treatment have extended life on its tail end, too.

As the cliché goes, we may not have seen anything yet. Various forms of rapidly advancing technologies will continue to add even more years of life – and improve the quality of that extra time. The United Nations has gone as far as to suggest that life expectancy will continue to rise with no upper limit.

Here are just a few of those technologies that could contribute to those better and longer lives. 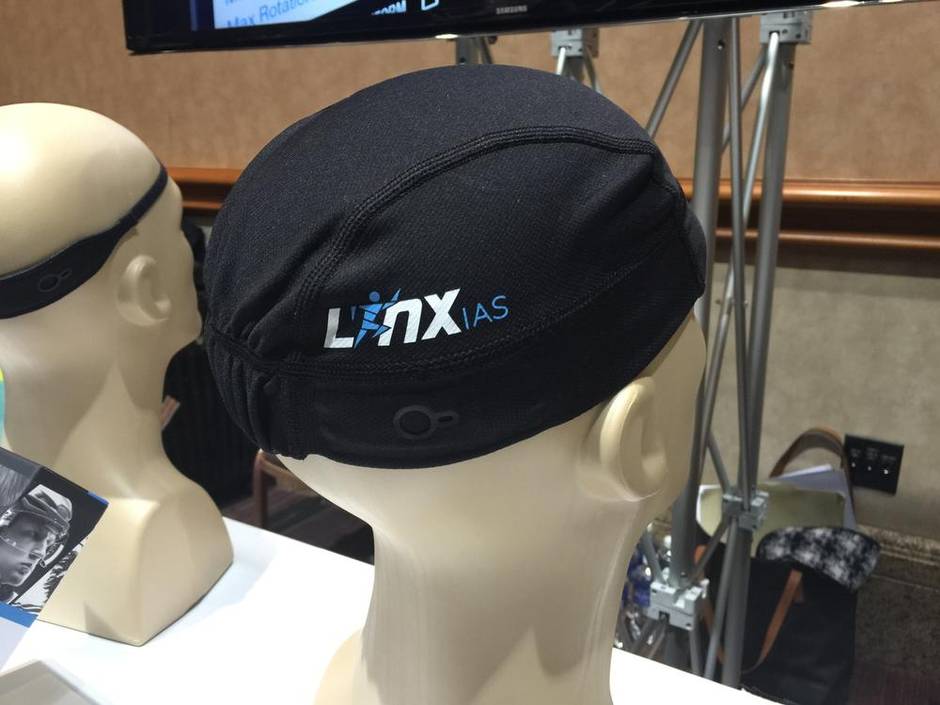 The Linx IAS concussion detector has its origins in the military. (Peter Nowak for The Globe and Mail)

When we think of wearable gadgets, we tend to picture smartwatches that notify us of incoming e-mail or step counters that track our movements. The Linx IAS, however, is one wearable that goes beyond novelty or mild utility. It’s a potential life-saver.

The Linx IAS, or impact assessment system, monitors impacts to the wearer’s head via a small, USB key-shaped sensor that fits into a skullcap or headband. When it detects a significant blow or trauma to the head, it transmits the information to a phone or tablet app nearby, where it can be tracked.

The Linx IAS has its origins in military testing, but it’s now being developed for use in professional sports. Rochester, N.Y.-based Blackbox Biometrics Inc. hopes it will help reduce the number of concussions suffered, or limit the severity of injuries by giving players and coaches better advance warning.

“As a coach, it’s hard to tell when a kid’s taking too many punches,” boxing trainer Dominic Arioli told The Verge, a website that covers the future of technology, science, art and culture. “If they take a decisive blow, that’s obvious – but the accumulation of punches is another thing.”

Blackbox says the Linx IAS can help by tracking every blow and its severity, and by advising coaches on when to pull players. The company expects the $199 (U.S.) device to be available in April.

In Canada, more than 11,000 people die each year from traumatic brain injuries, according to the Brain Injury Association of Waterloo-Wellington. One in five sports injuries are head-related. 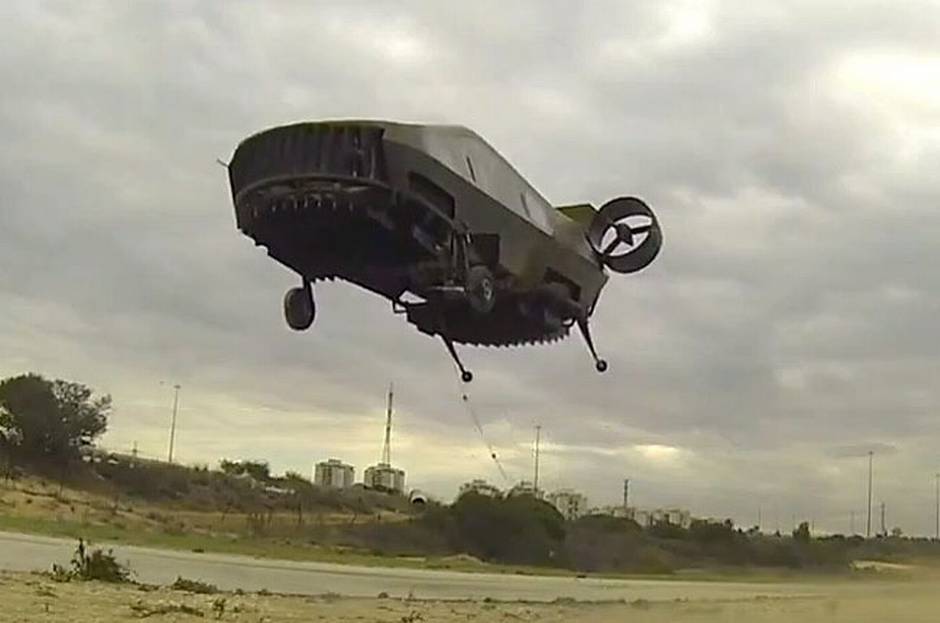 Incoming. The AirMule drone might some day be used to rescue people in emergencies.

How much more effective would paramedics be if they could fly?

That’s the question being asked by a number of researchers and inventors around the world who are working on flying ambulance drones.

Alec Mormot, a graduate industrial design student at Delft University of Technology in the Netherlands, has designed a bright-yellow drone that doubles as a defibrillator.

Once it arrives at its destination and lands, its rotors fold back so that it can be easily carried. Electrode pads then slide out of its nose and easy-to-follow labels make it a snap for anyone to use. A camera, microphone and speaker also help to put the user in touch with a paramedic, who can provide instructions remotely.

Israeli startup Urban Aeronautics, meanwhile, is working on a flying ambulance that can be operated remotely, or that can perform airlifts autonomously.

The AirMule can carry nearly 400 kilograms and rides atop two jet-powered fans. While it will initially be used in military applications, Urban Aeronautics believes it can be also be deployed in civilian situations such as rescuing people from burning buildings. 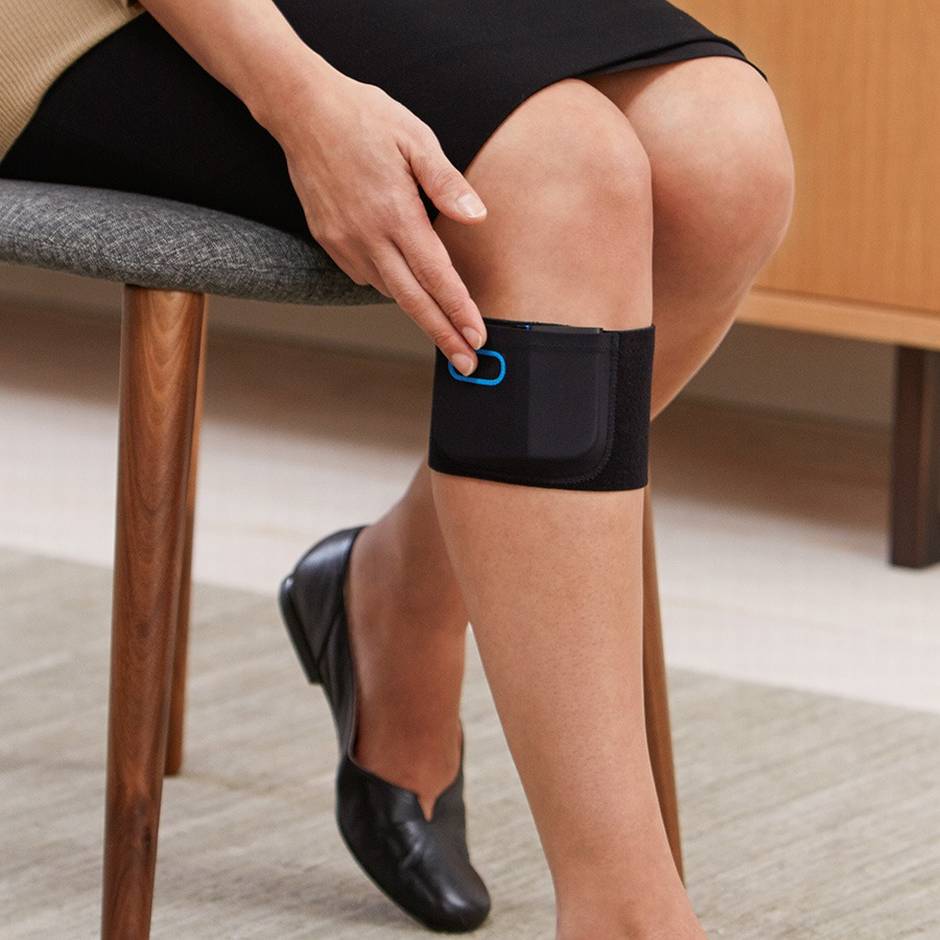 The Quell band is designed to stimulate the brain to release pain-relieving opiates.

A pain in the leg

There are old-fashioned ways to get pain relief – perhaps a dose of Ibuprofen or a hot bath – but there are also new methods on the horizon in the form of wearable technology.

Among them is Quell, a strap-on band that eases pain in the calf. It uses transcutaneous electrical nerve stimulation (TENS) to send signals to the lower brain, which then releases the body’s natural opiates.

The wearer feels only a tingling sensation and usually experiences pain relief within 15 minutes.

The company says the strap, which has received certification from the U.S. Food and Drug Administration, will be available in the spring for $250. 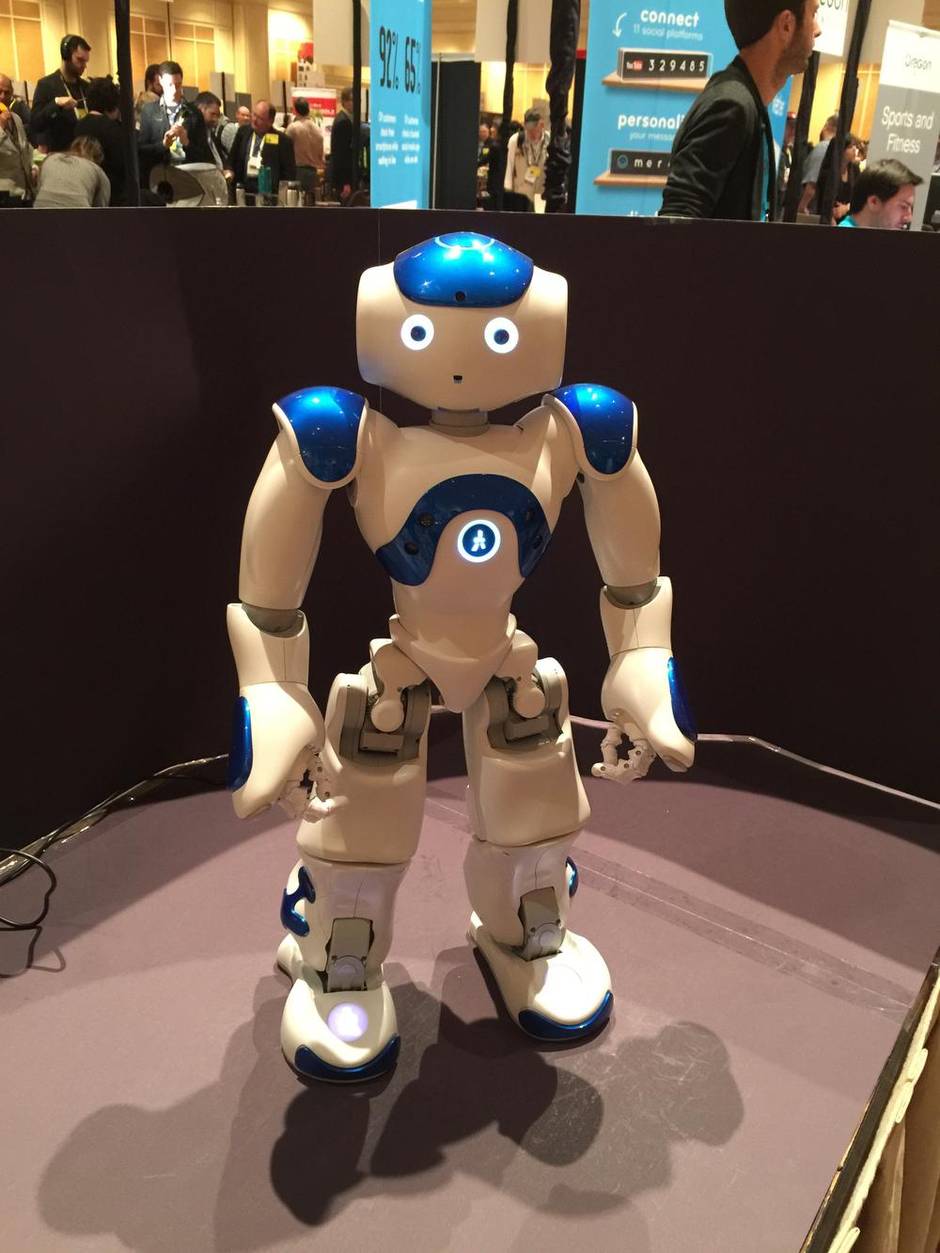 The MEDi pain coach and companion can help children overcome discomfort and the anxiety of taking medication. (Peter Nowak for The Globe and Mail)

Robot makers sometimes brush up against the “uncanny valley” phenomenon, where a machine that looks too much like a person can cause revulsion in actual humans. On the flip side, robots that are clearly machines can often inspire positive emotional feelings, which is why so many people nickname their Roomba vacuums and why fictional characters such as R2-D2 are so beloved.

That’s the thinking behind the MEDi pain coach and companion. The two-foot-tall, fully articulated robot is humanoid, but it looks more like a cartoon character from a Japanese manga comic book. It’s intended to help children face the fear of going to the doctor’s office.

The talking robot encourages kids to be brave during needles or other procedures by telling them jokes and stories. “We can do this together,” it says. “It feels all right, doesn’t it? Like a puppy licking your arm.”

Calgary-based RxRobots Inc. says the MEDi, which stands for medicine and engineering designing intelligence, is clinically proven to reduce stress and pain in children by 50 per cent.

Researchers at the University of Calgary who tested the robot found it helped both children and parents. “It gave something for the parents to do, rather than to sit and sort of watch and try to figure out how they could help,” community health sciences professor Tanya Beran told Mashable, a cultural news outlet. “They could interact with the robot alongside their kids.” 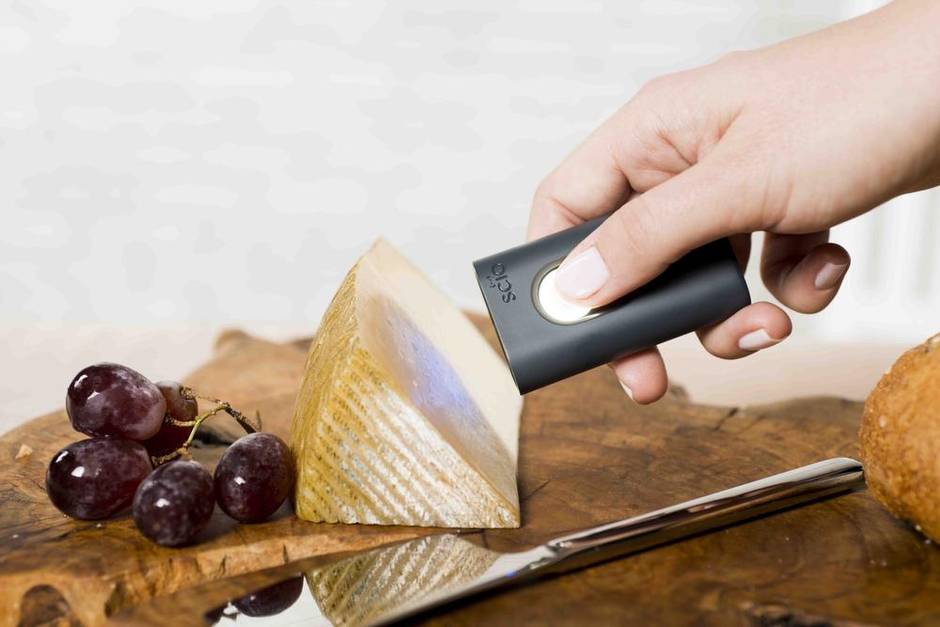 The SCiO has many chemical detection applications, including sniffing out date rape drugs.

Many technology products are overhyped and end up flopping. Some, however, end up changing the world for the better.

The SCiO, from Israeli startup Consumer Physics, looks like it’s going to make that kind of impact.

The device made waves last year with more than $2-million (U.S.) raised on crowdfunding site Kickstarter.com. It was also one of the hottest draws at the Consumer Electronics Show in Las Vegas this past January. With a tiny spectrophotometer at its core, the pocket-sized molecular sensor can scan food, plants, pills and other items to reveal their chemical makeup through an associated phone app.

Consumer Physics says it’s an easy way to detect fake drugs, counterfeit materials or adulterated foods and beverages. The SCiO’s potential uses are myriad, from sniffing out date rape drugs in drinks to determining whether food producers are being honest with consumers.

The company plans to start shipping the SCiO in July for a price tag of $249.

This smartphone-linked dongle to analyze blood for diseases comes at a fraction of the cost of lab-based testing and turns around results much quicker.

Your phone will see you now

The smartpone-led health revolution is only just beginning, if a recent test in Rwanda is any indication.

Researchers there built an inexpensive dongle that, when attached to a smartphone, can test a person for HIV, syphilis and other sexually transmitted diseases with a single pin prick of the skin. By crunching data through cloud-based processors, results can be had in just 15 minutes.

After running tests on 96 patients, the researchers found that the accuracy of results “rivalled the gold standard” of laboratory-based efforts. Moreover, 97 per cent of patients preferred the results because of the fast turnaround and the simplicity of the pin prick, according to the study published in Science Translational Medicine.

The equipment required for a lab-based test costs more than $18,000, the report said. The dongle? About $34, plus a smartphone.