To transform his dishes from decent to delectable, chef Scott Pohorelic of Calgary's River Café turns to a nebulous, almost magical, component.

Mr. Pohorelic, whose restaurant specializes in seasonal Canadian cuisine, incorporates umami in the form of chicken broth, anchovies, and other naturally savoury ingredients, to give an extra element of complexity to vegetables, meat and fish.

To boost the flavour of a salad of tatsoi greens, for instance, he adds umami-rich pancetta to the vinaigrette, likening the effect to a subwoofer in a stereo system.

"If you go … [high-quality]stereo shopping, you shouldn't hear the subwoofer, but you should miss it when it's not there," he says. "It's the same thing [with umami] That vinaigrette with tatsoi, it's good without umami, or that pancetta, in it. It's good, it's edible, but if you had it with, then without, you'd say, 'There's something missing here.' "

As chefs and food enthusiasts will note, umami has been around for ages: It was first recognized by Japanese scientist Kikunae Ikeda more than a century ago. But these days, umami has become downright fashionable, as food media, food manufacturers and an increasingly food-savvy public embrace the concept.

Researchers have identified it as a basic taste, separate from sweet, sour, salty and bitter. While umami comes from glutamate and is commonly associated with MSG, it is widely known that the taste, often described as "meaty" or "savoury," is naturally found in a variety of foods, such as seafood, shiitake mushrooms and tomatoes, and fermented or cured products such as soy sauce, ham and cheese.

The U.S.'s Food Channel recently named umami as one of its top 10 food trends of 2010, noting that foodies are more likely to experiment with new flavours now that they've awakened to the taste.

Late last year, umami was the subject of a cook-off challenge on the television program The Next Iron Chef, with contestants battling to create dishes that brought out the most umami.

A partner of the show's network, soy sauce maker Kikkoman, has been spreading the word about umami with an entire marketing campaign based around it. Kikkoman has even created a website, DiscoverUmami.com, which offers umami recipes using the company's sauces such as grilled sea bass, pan-seared steak with rosemary merlot sauce and shiitake confit, and shrimp and spinach risotto.

And last month, the launch of a new paste, called Taste No. 5, in Britain's Waitrose supermarkets sent ripples through the food blogosphere. Its combination of umami-rich ingredients such as tomato, parmesan cheese and porcini mushrooms is marketed as having the ability to "transform even the blandest of meals into something truly extraordinary."

While that product is not yet available in North America, Adam Fleischman, the creator of Los Angeles's popular Umami Burger restaurants, is working on bottling his own umami sauce, a concoction of 10 different kinds of umami-laden ingredients including Japanese dashi stock.

"You could put it on anything, meat or vegetables, to make them taste meaty and savoury," Mr. Fleischman says, noting that umami is incorporated into all of the dishes at his restaurants, with the exception of dessert.

The menu reads like an umami checklist, with burger toppings such as oven-dried tomatoes, truffle glaze, and stilton cheese.

Mr. Fleischman says he isn't alone in his fascination for the fifth taste.

"There's a lot of interest amongst chefs and you see a lot of umami things going into menus, like miso, and different things that weren't as prevalent before. Even French chefs are using miso."

"Before, restaurant cooking used a lot of butter and cream to make [food] taste good. But today's people, they don't like heavy food, so that's why they use more [of the]Japanese essence that is umami," he says.

But even a veteran chef like Mr. Tojo finds it hard to describe what umami actually tastes like.

"Hmm. … That's a new taste, you know?" he says. "I think it's like the way you make chicken stock, or chicken soup. That's the essence. … If you barbecue salmon, that kind of sweet flavour: that's umami."

In Toronto, Andrew Novak, owner of the kosher restaurant Umami Sushi, agrees that the latest umami craze fits in well with the current food trend toward clean, simple dishes. No matter how simple their food gets, he says, people still want to experience all the complexities of flavour.

Mr. Novak, however, is somewhat skeptical of products labelled as umami, suggesting that companies are cashing in on people's interest in the taste.

Some food manufacturers are saying, "'Yeah, we're putting out umami seasoning, add this to your food and you'll get the true taste of umami,'" when in fact home cooks could combine their own ingredients to achieve the same effect, he says.

"I do think people are really capitalizing on the name. Everyone has something that they're referring to as umami." 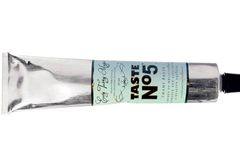