It was a grey, November day in Montreal, 21 years ago. I was 41 weeks and six days pregnant, and I was miserable. I could no longer button my biggest pair of overalls. I had not slept in days. No matter which way I turned, I felt every wooden slat sticking into my massive body through our flattened futon mattress. And, I had just received the phone call that 41-weeks-and-six-days-pregnant women dread: I had to be at the hospital the next morning for labour to be induced. I was scheduled for a cesarean section in the afternoon.

I had only one thing on my mind: This baby is going to be born today. A mother at my daughter's daycare told me that after eating half a pineapple, she went into spontaneous labour. First stop, Warshaw's Market to buy a pineapple. When I went up to pay, the cashier's eyes popped. "Whoa, you're big. Pineapple won't help," she said. "You need a double espresso. All it took for me to start both my labours was espresso. Go see my brother-in-law Sylvio at Café Portugal."

I toddled into Café Portugal. The little old men playing checkers froze; I was probably the first pregnant woman they had ever seen there. Sylvio poured me a double allongé. After nine months caffeine-free, the familiar buzz hit me in seconds. My stomach undulated as if I were carrying an alien, but no contractions. Sylvio said, "Coffee doesn't help. It's hot peppers. My wife ate an entire bottle and two hours later, she almost had our baby in the car."

As I lumbered down Boulevard St. Laurent to buy hot peppers, past Schwartz's, I was overcome with a desire for a smoked-meat sandwich. This was odd, because I had been a vegetarian since high school. I walked in and ordered an extra large sandwich topped with hot peppers.

A woman at the next table asked when I was due. "Two weeks ago," I answered.

"Oooh," she said, "sounds like a cesarean, like my sister's first baby. What worked for her the second time was to walk up and down her steps until her water broke."

I could do that, I thought, if I didn't live in a ground-floor apartment. But I was right near Mount Royal Park. I wrapped up the rest of my sandwich and headed there.

The 242 steps up to the lookout were hell, but I would have climbed them again on my knees if I thought that would start my labour. Looking out over the city under that silver November light, I prayed to every great power that I could think of to make those freaking contractions start. After an hour of nothing, I sat down on a bench and took out the rest of my soggy smoked-meat sandwich. After a few bites, my stomach clenched. Six or seven minutes later, it clenched again. Could this be it? 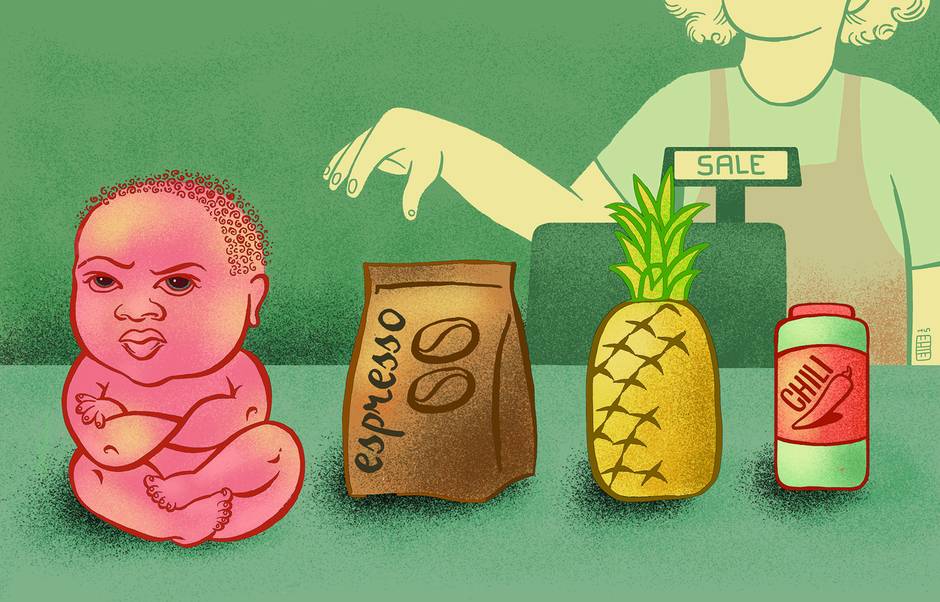 Eleanor Rosenberg for the Globe and Mail

I tottered home and called my midwife, Jean, a friend from Charlevoix who was accompanying me to the hospital. Jean would drive the four hours to Montreal and we would have plenty of time to head to the hospital. It was 5 p.m. The doorbell rang and my toddler headed off with her grandparents. By 10 p.m., my contractions intensified. I had spent two hours in the bathtub and was crabby because we had run out of hot water. My husband was darting from bathroom to front window to check for Jean’s car. Since this was BC (before cellphone), we had no way to contact her. By 11 p.m., I was on all fours in the living room mewling and having contractions every two minutes. Panicked, my husband tried to persuade me to leave for the hospital. I refused to go without Jean.

When the doorbell finally rang, it was not Jean. It was my husband’s prospector friend, Daniel, on his way back from six months alone in the wilderness. He had dropped by to have a few beers with my husband and sleep on our couch. “Tell him to go away. I’m in labour,” I yelled between contractions.

My husband said cautiously, “I, uh, already told him that he could stay in my office, as long as he doesn’t open the door, no matter what he hears.” So in came Daniel with a case of 24 beers.

By the time Jean rang the doorbell at almost 1 a.m., I was walking up and down the hallway in only a blanket. Jean checked to see how far along my labour was and suggested we leave for the hospital right away. “I’m not going,” I told her. Jean and my husband tried to cajole me into putting my clothes back on. I refused. It was minus 10, I was not going to climb into our frozen car and drive 40 minutes to the hospital in full labour. “I am having this baby right here.”

I had heard that home births are organized, serene affairs with low lights, soft music and implements carefully lined up on covered tables. This home birth was a little different. As I yelled and banged the walls, my husband and Jean boiled water, sterilized towels in the oven and brought in an oxygen tank from Jean’s car. One hour later, our daughter Camille was born in our bedroom.

It was surreal. The afternoon before, I was sure I would have a cesarean section. And here we were sitting on our bed at 3 a.m., my midwife, our prospector friend, my husband and me, having tea and chocolate chip cookies and beer, gazing at our sleeping baby. She had an expression as sour as unripe pineapple, a squished nose just like Sylvio at Café Portugal, hair the colour of double espresso, and she was bright pink all over, just like my smoked-meat sandwich.