When I was growing up in Nova Scotia in the 1990s, there was a TV commercial for Maple Leaf bologna that would interrupt my cartoons. It featured two kids who looked like they had walked off the set of Saved by the Bell – ponytails, lots of neon and gelled hairdos.

They were visiting their elderly grandparents in the Maritimes. They looked bored and then disgusted when informed they would be having fried bologna for dinner. When they were told the dish is beloved by Maritimers, the Zack Morris character sneers into the camera and explains, “but … we’re from Toronah.”

It was likely my first introduction to two important Canadian clichés: 1) that people from Toronto can be insufferable, and 2) for many Canadians, the Maritimes is a sleepy place you have to go to to visit your granny.

Like many Nova Scotians of my generation, I no longer live in the Maritimes. Job opportunities present themselves in the years after university, and you take a position with the idea that eventually your career may lead you back home.

Inevitably, one thing leads to another and before you know it you’re 35, you have a wife, a mortgage and you’re huffing small children on economy flights back home twice a year to see Nanny and Pop Pop.

Camp out at the Halifax airport any afternoon and you’re bound to see the line of anxious grannies ready to pounce on adorable toddlers like sweethearts waiting for GIs to return from war.

On average, the province sees a net loss of 1,300 people between the ages of 20 and 29 each year, according to the Halifax Partnership. That’s roughly the entire population of small Nova Scotia communities such as Parrsboro and Canso. Tiny, postcard-perfect Shelburne on the South Shore now has nearly 1,000 more seniors than it does children under 14, based on the latest census data.

In recent months a number of public figures have argued for relaxing immigration caps as a way to address this death-spiral of an aging, shrinking population that does not have the tax base to pay for essential services. Some have even made an economic-development argument for bringing in Syrian refugees. There is something Monty Python-esque to things being so grim in Nova Scotia that perhaps the world’s most destitute could save us. 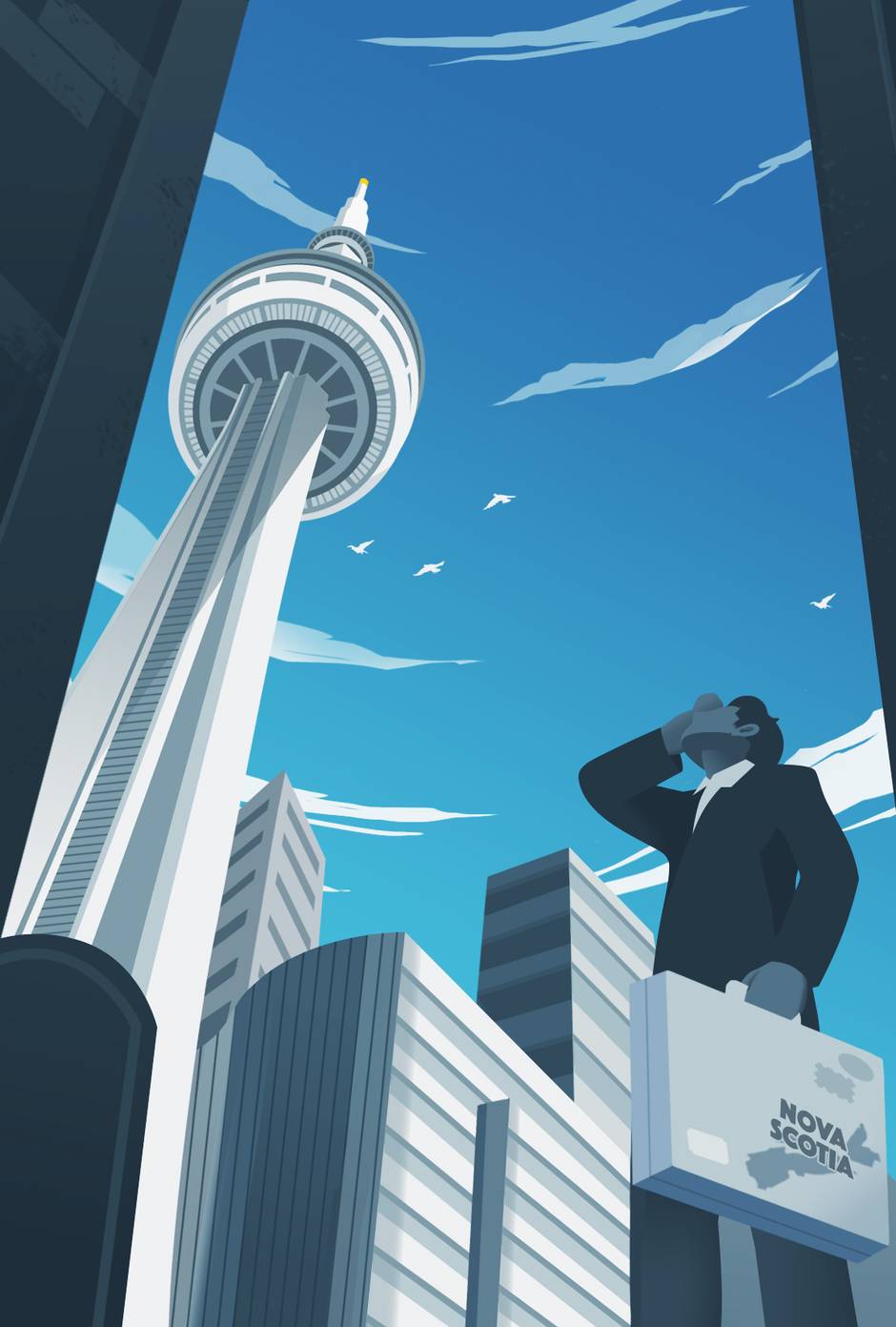 Mark Belan for The Globe and Mail

Of course, I do not understand what would compel a Syrian refugee to stay in Nova Scotia longer than those twentysomethings who leave every year. Unlike the Syrians, those local kids have families and friends in the Maritimes, and grew up eating that gross fried bologna. Presumably, all else being equal, they would be just as happy to stay home and become a middle-aged grunt, paying taxes and dragging kids to hockey practice in Kentville as in Oakville, Ont.

The economic challenges this outmigration presents and the evasive public-policy solutions are outside my grasp, but I have a clearer window into the impacts on people.

While I don’t want to indulge in a feelings autopsy for a Maritime kid who “went down the road,” some recent experiences have given me pause on the human impacts of this generational resettlement.

A close friend back in Halifax and his family suffered an unspeakable tragedy in late 2015, the loss of a child. Of course, heartbreak of that nature is immediately devastating, and grieving and recovery is a long, torturous process.

Like many in my generation of Nova Scotians, my friend’s support network of siblings and close friends are part of that Maritime diaspora and scattered across the country; Calgary, Toronto, Ottawa. Some were able to fly home for the funeral, some checked in on him over Christmas, but beyond that it’s text messages, e-mails and hoping he picks up the phone if things get rough.

It’s hard not to ask yourself if his recovery wouldn’t be easier had he grown up in Vancouver and his support network was close enough by to go to wing night once a week to take his mind off his troubles.

Less traumatic, but just as gnawing, is the guilt you feel about those poor Maritime grannies. One of the pure joys at their stage of life is the grandchildren – their vitality and love is like a B12 shot for my own folks. I know they count the weeks until they’ll next see the kids, and I notice the not-so-subtle melancholy that descends toward the end of a week-long visit, knowing it may be six months or more before they get their hands on them again.

My sister and I will also face more practical challenges with our aging parents in the decade ahead.

For the time being, I stay true to my roots by rotating in the Stan Rogers rendition of Farewell to Nova Scotia to my son’s bedtime routine. He calls it “Noba Scotia.”