When I checked in at a large hotel for a conference recently, I told the front-desk clerk that I am deaf and do not hear fire alarms when sleeping (I take off my hearing apparatus to sleep and to shower).

"No problem," she said. They would get me out in an emergency. I didn't realize what valiant measures they would take.

On the second morning of the conference, nursing a cold, I decided to skip the early morning excursion for which I'd signed up, and sleep in. I snuggled back into bed. But soon I felt a tap on my hip. Now, this is normally how my cat tells me it's time to get up and fill her food bowl; however, my cat was definitely not in the room with me.

I pulled down the edge of my nighttime eye mask to see a bellhop standing respectfully at the foot of my bed. He was mouthing something I couldn't understand. Lifting my bare arm from the bedclothes (I happened to be naked), I motioned him closer so I could lip read.

I could see him stiffen, and he didn't move. I asked him to at least hand me my glasses from the night table so I could see well enough to lip read. That done, I realized he was telling me that my friends at the conference were worried because I had not shown up.

Word must have got out that there was a naked lady asleep in room 1423 with a smashed lock on her door, because while I was trying to decide whether to get up, another bellhop appeared beside my bed. I have no idea what he said, but quickly decided I needed to get up.

Sometimes when I travel, instead of asking for heroic rescues in the event of an "emergency," I ask for a visible emergency alarm in my room. This is a flashing strobe light strong enough to wake the dead, or at least a deaf person not wearing her hearing devices.

Unaccountably, when I ask for this visible alarm, I'm often put in a special all-purpose "handicapped room" complete with a gigantic bathroom with low toilet, grab bars everywhere, large-print signage and extra-wide doorways. One size fits all – deaf, mobility impaired, blind, whatever.

Then there are airlines. I almost always warn the airline I'm travelling with that I am deaf and do not hear overhead announcements (especially after a complimentary drink or two, though I don't mention that part).

Sometimes, that means I'll be met at my destination by a smiling woman holding a sign with my name on it – and a wheelchair. I've yet to figure out how my deafness renders me unable to walk.

After my exciting stay at the Ritz-Carlton, I flew to Europe with a friend during a work-to-rule at Toronto's Pearson airport. There was a lineup for security clearance stretching the length of the airport as staff conscientiously examined every item in purses and carry-on luggage.

Spotting an airport official, I sidled up to him and said the magic words: "I'm deaf and lip read."

He snapped into action and gestured me away from the cobra-like lineup to the little caterpillar of a line of people in wheelchairs. I grabbed my friend, Karen, by the arm, and asked: "Can my companion come too?" He waved her through, and we were processed in minutes. Karen still speaks in awe about how great it is to travel with me.

Lest you think Travelling While Deaf is all perks and no disadvantages, let me tell you something: There have been times when I have sat at the designated gate waiting for my flight, wondering why it was so quiet, only to learn belatedly that I had not heard an announcement of a gate change.

That is why, when I arrive at my gate, I approach the agent, explain my deafness, confirm that I am in the right place, and ask to pre-board because I don't hear that thing about row this and row that. Then I pace anxiously in front of the agent, waiting.

After 9/11, that eagerness to pre-board, and my anxiety about being at the right gate, drew suspicion from agents trained in profiling nervous terrorists. I was repeatedly pulled aside and asked to remove my shoes and empty the contents of my purse, as curious passengers stared.

Once, flying to Washington shortly after 9/11, I didn't hear the announcement that absolutely no one was to get out of their seat for the last 30 minutes of the flight. Normally, I get up to use the washroom 20 minutes before landing. If the nice stewardess had not remembered me and come over to my seat, crouched down to my eye level, and told me that if I had to use the washroom, I had better use it right now, who knows what might have happened. I later learned the air marshals on board would have thrown a blanket on me and wrestled me to the floor.

A few years ago, I read about hijackers who commandeered an airplane and announced that everyone was to look down at their laps so they could not see the hijackers' faces. Anyone who looked up would be shot. I can just imagine myself on that flight. I'd politely ask, staring earnestly at their faces, "Pardon? I'm deaf and lip read." I wonder if I would have had a chance to say the whole thing.

Facts & Arguments
What my travels to India taught me about the power of food
June 27, 2012 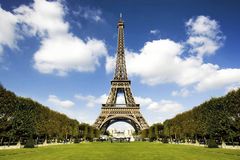