"New research suggests employees who must remain dispassionate at work expend energy maintaining the stoic demeanour. As a result, the individual may have less energy to work tasks and may receive less-than-positive appraisals from others," Psych Central News reports. "The researchers found that workers who must avoid appearing overly positive or negative - such as journalists, health-care professionals, social workers, lawyers and law-enforcement officers - suppress expressions of emotion more than workers in other service-oriented professions. 'Our study shows that emotion suppression takes a toll on people,' said Dr. Daniel Beal, assistant professor of psychology at Rice University and co-author of the study. 'It takes energy to suppress emotions, so it's not surprising that workers who must remain neutral are often more run-down or show greater levels of burnout.' "

"Oxytocin has been described as the hormone of love," Nicholas Wade writes in The New York Times. "This tiny chemical, released from the hypothalamus region of the brain, gives rat mothers the urge to nurse their pups, keeps male prairie voles monogamous and, even more remarkable, makes people trust each other more. Yes, you knew there had to be a catch. As oxytocin comes into sharper focus, its social radius of action turns out to have definite limits. The love and trust it promotes are not toward the world in general, just toward a person's in-group. Oxytocin turns out to be the hormone of the clan, not of universal brotherhood. Psychologists trying to specify its role have now concluded it is the agent of ethnocentrism."

"It is a claim made before by, among others, Lenny Kravitz and the Swedish garage band the Helicopters. But [Monday] after years of struggle, came evidence to support the fearsome claim: rock 'n' roll is dead," Alexandra Topping writes in The Guardian. "Last year saw the number of rock songs in the singles chart fall to its lowest level in half a century, with only three tracks appearing in the top 100 best-selling hits in the U.K. … 'It is the end of the rock era. It's over, in the same way the jazz era is over,' declared the veteran DJ and 'professor of pop' Paul Gambaccini. 'That doesn't mean there will be no more good rock musicians, but rock as a prevailing style is part of history.'"

"A New Year show put on by a touring circus in the Belarusian city of Vitebsk was so awful that police were called in, local media report. Spectators suspected the Russian performers of being drunk as artistes repeatedly fell off bicycles and jugglers dropped their props," BBC News reports. A Belarusian police spokesman said an investigation was under way into whether a crime had been committed. Black bears were billed along with performing crocodiles and monkeys and "orcs and turantons." The early performance on Jan. 2 turned out to be the first and last. "When the show started, they had a few poodles and one crocodile," said Igor Kalmuk, director of Vitebsk's palace of sport. A rumour went around that the performers were drunk, but breath analysis showed that they were sober, Komsomolskaya Pravda reported.

"Heavy drinkers might cure their hangover with a cup of coffee and a painkiller - at least if the chemical acetate is the cause of that pounding headache," New Scientist magazine says. "Michael Oshinsky at Thomas Jefferson University in Philadelphia, and colleagues tested the effect of low dosages of ethanol - about the equivalent of a single drink - on rats prone to migraines. … Sure enough, four to six hours after imbibing, the skin around the rats' eyes became sensitive to touch, a sign they had a headache. None of the commonly cited causes of hangovers could have caused this response, says Dr. Oshinsky. The rats were not dehydrated and they received pure ethanol. Nor did they get a headache from acetaldehyde build-up, which has been blamed for causing hangover headaches because the rats were given drugs to block conversion of acetaldehyde into acetate. In contrast, rats given acetate directly developed signs of a headache. Common treatments for hangover, such as coffee and over-the-counter anti-inflammatory drugs, block some of the effects of acetate, and this may be one reason they give relief."

Legislation passed in 1872 by Urbana, Ill., makes it illegal to have "exhibitions of freaks of nature or monsters" within the city limits without first receiving a licence from the city clerk.

"I've never known a musician who regretted being one. Whatever deceptions life may have in store for you, music itself is not going to let you down." 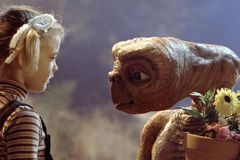