To look at me, you'd think there's nothing wrong. We could have a conversation and you would never suspect that behind my friendly smile there is a private war raging. Beneath nightmares and unbidden thoughts are wounds that haven't yet healed, scars that never will.

My father was a crack-cocaine addict. I'm sure he was a lot of other things, too, but that one overshadowed them all. I hardly ever saw him. When I did, our connection was impeded by the fact that he was high, and highly inappropriate. Despite my single mother's best intentions, years of abandonment and casual carelessness left a mark upon my soul. The type of mark, like a perverted branding, that is visible only to a certain type of individual: a predator.

The first time I was approached in a sexual manner I was 3. It happened at 6, then again at 7, and once more at 9, each violation committed by a different man. I developed eating disorders. I pulled my eyelashes out, one by one. I wanted to disappear. When I looked in the mirror I saw only flaws, mistakes.

At 17, I experienced the last – and worst – sexual assault, committed by a boyfriend. It took years to accept what had happened, to call it by its ugly name: rape. For a long time I didn't call it anything. I took the blame. The night I was raped, my boyfriend nearly choked me to death, believing I had been unfaithful. I dropped out of high school a week later and spent the next several years in one abusive relationship after another. In between, there were phases of drug experimentation, promiscuity and devil-may-care behaviours that led further down the path to self-destruction. Maybe I thought I didn't deserve better. Maybe I wanted to punish myself a little, as well. I was a Catholic: I knew I was guilty.

I ran away for a while and worked on cruise ships. I met my first husband at sea and married him because I thought he would save me. I left the marriage covered in my own blood with melon-sized bruises all over my body. At the Barnsley Police Station in South Yorkshire, England, the officer taking photographs shook his head sadly at my swollen face.

"I remember you, luv," he said. "You were 'ere not three months ago. Ah, such a shame, innit? You deserve better for you an' yer boy." Adjusting the ruler, he added grimly: "Should think 'bout leaving 'fore there's nowt left of ya." Flash.

Fistfuls of hair and steel-toed boots in the belly were nothing compared to the words that would smash against one another in my head: "You. Are. Nothing."

Carrying a black suitcase and with my 18-month-old son in my arms, I returned to Canada, ashamed but resolved that it would never happen again. Two years later, when I was pregnant with my second child, it did. Not in the same way, not with the same man. But it happened again. We spent Christmas in a shelter for abused women and children.

I found an apartment in February. My second son was born in June. We lived a quiet life on less than $1,000 a month in subsidized housing for a year, until a neighbour decided he wanted to be more than friends. He didn't handle the rejection well. Criminal harassment charges were laid. I sank into a deep depression. I was a victim.

We moved around a lot. It took two years to shake off the fear of being followed or watched. I became fearful of people, especially men. There were moments when I even feared my boys – not who they were, but who they could become.

I was diagnosed with PTSD, among other things, and prescribed medication. Burning angry, I had little fits of rage over insignificant things and developed severe hives. I barely ate, could hardly sleep. Memory after memory assailed me. Every crime committed against me rose up inside like boiling lava and gurgled out. Twisted in pain, alone in the darkness, my soul cried: "ENOUGH!"

I finally heard. I can say that now, because I know it is true.

I settled down long enough to listen. Bits and pieces of information trickled in from various sources: a DVD, an article, a conversation. An idea began to form: Maybe I could change my mind? I knew I had to do something drastic to reclaim my power.

So, I decided to go to university. Learning seemed to offer the opportunity to form new thought processes, new patterns, even new pathways in my brain.

In psychology class, I learned the name of a concept I'd been clutching to my chest like a life preserver – neuroplasticity. It's the scientific theory that a brain can change.

Neural pathways are formed when neurons are fired over and over in the same manner. It's how we learn and remember. When trauma occurs, the cells in our brains become imprinted. Certain triggers will make us relive the trauma again and again.

But recent scientific research suggests that with the right stimulation neurons can be reassigned into new pathways, strengthening well-worn connections while weakening or eliminating others. Eventually, the road less travelled may fade away. We could literally have the power to "change our minds."

I believe I can heal myself. I am changing my life a little at a time. I fell in love with – and married – a single dad and his beautiful son. Together, we have a daughter. And I am changing my mind, every day a little more. You would never know it to look at me.

Facts & Arguments
How a stranger saved my life
September 27, 2012 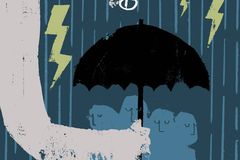 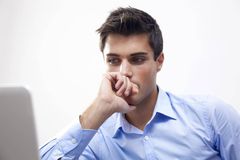