I had never seen anyone quite so handsome as the pallid, ginger-haired man with whom I spent every Friday night.

I loved the way his mouth moved. The way his forehead furrowed. I was mesmerized by his dancing eyebrows and boyish voice.

There was an urgency to my infatuation that I now know is exclusive to those under the age of 20.

I would laugh at his every joke, hang on his every word. I got to know his turns of phrase and go-to jokes so thoroughly that I could often finish his sentences.

Whenever Conan meowed flirtatiously at a beautiful starlet of the moment, my heart would burn with jealousy.

While I fell desperately in love with an image on a television screen, my friends were getting boyfriends. They would neck sloppily on moth-eaten basement couches, in stairwells at parties and in front of my locker between classes.

I heard about things happening in parked cars that both fascinated and terrified me. My friends would allow pimply faced boys with greasy hair and vacant bovine eyes to rub up against their pretty powdered faces.

I had never been kissed. No one had ever asked me out or deposited an anonymous Valentine in my locker.

I learned the truth at 17/That love was meant for beauty queens/And high-school girls with clear-skinned smiles/Who married young and then retired.

"That's not true," a friend argued in our Grade 11 English class. We were doing a poetry unit and had been using song lyrics. "Even girls who aren't pretty find love."

Our teacher agreed that it's not what's outside but what's inside that counts. Even the unbeautiful find love.

Not this unbeautiful one.

To boys my age, I was one of a thousand fawn-eyed Plain Janes aching for love. But I knew Conan O'Brien would see something special in me. Both awkward cast-offs, we understood each other.

There was one tiny problem. A technicality, really. Conan O'Brien literally did not know I existed.

The summer she turned 17, Frances "Baby" Houseman experienced a sexual awakening with Johnny Castle in the Catskills. The summer I turned 17, I tuned into Conan O'Brien as he crusaded for the cinematic rerelease of Dirty Dancing on its 10th anniversary.

Seeing parallels between Baby and Johnny and myself and Conan that could not be ignored (Baby was an unappealing teenaged girl! Johnny was older than Baby! I've held watermelons!), I leapt into action.

I told him how much I loved Late Night and how strongly I supported his Dirty Dancing campaign. I begged him to have me on his show to re-enact the scene where Baby and Johnny writhe on the floor to Mickey and Sylvia.

Now, this was not a scary letter. I had only the purest and most idealistic of intentions. I was a naive and awkward teenage girl who had fallen for a celebrity. This was no different than Beatlemania or Biebermania. I yearned for his attention and acknowledgment.

I can't remember if I wrote the letter in blue, red or purple ink, nor the particulars of the girlish stationery. I do remember caressing the letter with sweaty fingers and liberally spraying it with perfume. (If my clever words did not intoxicate him, the sweetness of my fragrance might!)

Bursting with exultation and shame, I deposited the letter in an apple-red mailbox. I trembled when I thought about its arrival at the glamorous New York address that housed the dressing room where the man I loved routinely straightened his tie.

I didn't open it right away. I wanted to savour this moment. Here it was! Evidence that he knew I existed!

I opened the gorgeous milky envelope. A rush of warmth spread over me as I was greeted by Conan's familiar, beautiful face. In black and white, he grinned boyishly at me from gleaming photo stock. Scrawled across his tasteful suit was his signature in black Sharpie marker.

I eagerly shook the envelope for his letter, but it was empty. The gleaming photo with its generic signature could have been stuffed in the envelope by an intern.

I was gutted. I had delivered my adolescent heart to Conan O'Brien in a mess of ink, sweat and hopeful lust, and all I'd got in return was this static, smiling totem. If the image of Conan O'Brien sensed I was crestfallen, it never let on.

Fifteen summers later, I look back on this crush with fondness. Conan was all I needed then. He was funny, smart, cute and completely non-threatening. It was not possible for Conan O'Brien to cheat on me, knock me up, knock me down or break my heart.

But I learned a sad truth at 17: Even good men can be disappointing. 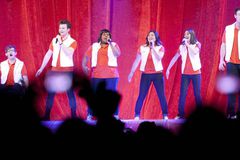 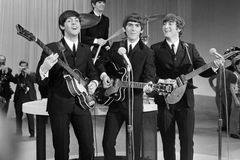