I had been uploading family photographs to my Facebook account. I leaned in to peer at my computer screen like a passenger pressing her face against the glass. Four girls smiled at me. Beside them, a bike was propped against a wooden fence. A bike bearing a swastika.

There had been a rhythm to my task until that moment: Open, post; open, post; open, post. I was chugging along, eyeing the images with curiosity, as if staring out at my relatives – aunts, uncles, grandparents, great-grandparents – from the window of a passing train. I was following the tracks that had led them from Jargara, a small German village in Bessarabia, Romania, to the Okanagan Valley in British Columbia. For eight years they’d wandered, sometimes pausing to record a baptism or funeral in one of the black-and-white photographs Aunt Erna carefully gathered and preserved, the images packed into hand-hewn wooden trunks and onto trains, horse-drawn wagons and steamships, surviving the journey from Bessarabia to Bavaria, from Poland to Deutschland, from infirmary tents and refugee camps to Western Canada’s bucolic orchards.

More than 70 years later, I, too, was driven to save these images. I was uploading them to my Facebook account until the swastika flag slowed me down. Call it my Ben Affleck moment: My mouse finger twitched and clicked “delete.” Affleck, when confronted with the news that one of his ancestors had been a slave owner in Georgia, played up a Civil War hero from his family history and packed away the evidence of his more controversial relative, just as you might hide a Confederate flag in the attic. Much has been written about this and I will add only one thing: I understand.

Once, when I was 8, I was sitting in the back of a Budget rental van. It was moving day and my parents were heaving cardboard boxes into our new home while I surveyed the neighbourhood. A teenage boy, peering into the back of the van, spied two wooden trunks marked with black ink: “Heinrich Motz, Otto Motz, Naramata, B.C., Kanada.” Kanada with a “k.”

I nodded, not knowing what a Nazi was, only that, like me, it bore a tenuous connection to Germany. I did not know what that connection was – or was not – because my father and his brother and sisters never spoke to me about life before they came to Canada in 1948. It was as if we had sprouted from Canadian soil like Athena emerging fully formed from the head of Zeus. I was 17 when I first heard the word “Bessarabia.” I was even older when I learned that my father had been born in the back of a horse-drawn wagon while his family was fleeing the Red Army for the second time in five years. More recently, I learned he had been lost in the maelstrom at birth and fed a diet of mare’s milk by strangers until being reunited with his family after 11 frantic days. 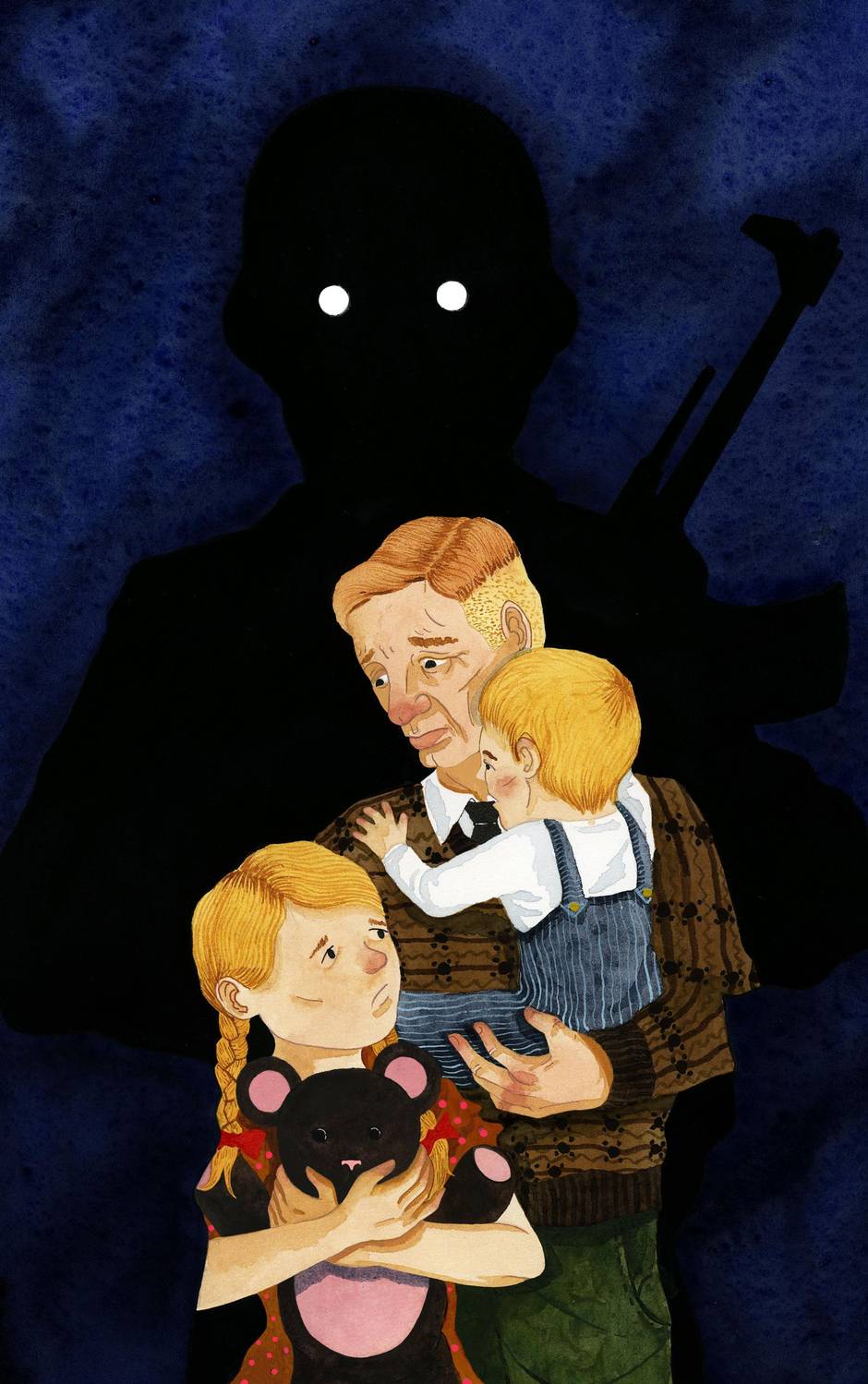 Kevin Speidell for the Globe and Mail

I know these things because Aunt Erna broke the family’s silence. Toward the end of the past century, my cousin Alan helped her record her memories before they were ransacked by Alzheimer’s disease. Because of her, I know how it feels to be a 12-year-old girl hiding in the bushes as the Red Army marches into town; to overhear the wife of one of the soldiers who has moved into your home refer to your cherry trees as her own; and to choose which of your belongings to pack into the one suitcase you are permitted to take when the SS soldiers escort you to the Romanian border.

These are the stories I longed – and still long – to hear. We were not German, we were Bessarabian. We were not Nazis, we were refugees. These stories, like that of Affleck’s Civil War hero, are true, but they do not tell the whole truth. They deny the complexity, perhaps even the complicity, of our ancestors’ lives.

The image of the swastika should not have derailed me when it did. By then, I knew my family members were among the 93,000 Bessarabians who had escaped life behind the Iron Curtain thanks to their German lineage. In 1939, in the secret Molotov-Ribbentrop Pact, Hitler ceded Bessarabia to Russia. In return, he demanded, among other things, that Stalin deport the descendants of German settlers en masse.

Because Johann Kasper Motz had been born in Wuerttemberg (in 1758), his descendants – my aunts, uncles, grandparents and great-grandparents – were dispossessed of the houses they’d built, the cherry trees they’d planted, the pigs and chickens they’d raised. Forced out of Bessarabia in 1940, they survived the Second World War by crisscrossing Europe under the direction of the Third Reich.

This is the awareness I tried to suppress by hitting “delete,” the awareness I tried to force back into the wooden trunk stored in the deepest recess of the crawlspace. Publishing the image of the four young girls – friends of Aunt Erna who had also been deported from Bessarabia – would lift the lid off that trunk, exposing details of my family’s wartime journey I would rather keep hidden.

It broadcasts an uncomfortable truth: The tracks that led so many to Bergen-Belsen, Dachau and Auschwitz led my own family to safety.